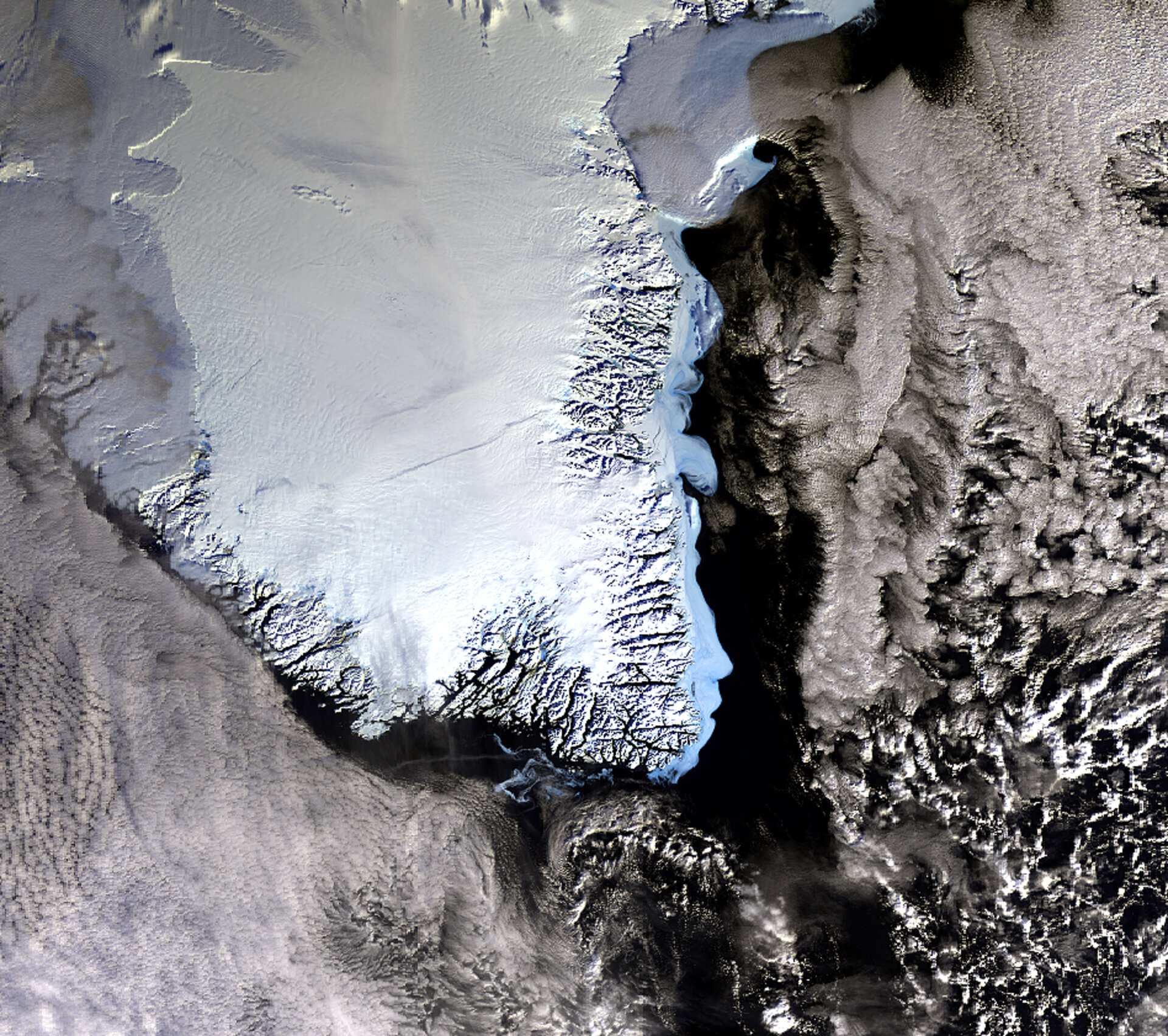 Scientists have confirmed that climate warming is changing how much water remains locked in the Antarctic and Greenland ice sheets, according to an article published in the Journal of Glaciology.

Using radar altimeter data from ESA’s ERS-1 and ERS-2, Jay Zwally, a scientist at NASA's Goddard Space Flight Center, and his colleagues mapped the height of the ice sheets and found there was a net loss of ice from the combined sheets between 1992 and 2002 and a corresponding rise in sea level.

Polar ice plays a crucial role in regulating global climate because it reflects about 80 percent of the incoming sunlight. If the ice caps over the polar ocean melt, the ocean water would absorb a large part of the radiation energy, which would lead to further melting of the ice and further warming of the climate.

The study found that Antarctica lost much more ice to the sea than it gained from snowfall, resulting in an increase in sea level, while the Greenland ice sheet gained more ice from snowfall at high altitudes than it lost from melting ice along its coast.

A recent study by Eric Rignot of NASA’s Jet Propulsion Laboratory and University of Kansas scientist Pannir Kanagaratnam, published in Science in February, showed Greenland glaciers are melting into the sea twice as fast as previously believed.

Using satellite data collected between 1996 and 2005 by ESA’s remote sensing satellites ERS-1 and ERS-2, ESA’s Envisat and Canada’s Radarsat-1, they found Greenland’s southern glaciers are now dumping twice as much ice yearly into the Atlantic as they did in 1996, accounting for nearly 17 percent of the estimated 2.54 millimetre annual rise in global sea levels.

The fact that the Greenland glaciers are melting, as determined in Rignot’s study, coupled with the new findings that Greenland’s glaciers are gaining more snow at the top suggests global warming is affecting the ice sheets. When the environment becomes warmer, it builds up water in the atmosphere which can then increase snow fall over Greenland. At the same time, however, the oceans are warming causing the outer sheets of ice to melt.

The question of whether and to what extent global climate change is causing the polar ice caps to shrink is one of the topics being addressed by glaciologists, hydrologists, oceanographers and geodesists from around the world at the ‘15 Years of Progress in Radar Altimetry’ symposium in Venice, Italy, from 13-18 March 2006.

For the last 15 years, radar altimetry – an instrument originally designed to measure the sea surface height – has been successful in measuring large-scale homogenous ice surfaces of Greenland and Antarctica and providing initial global monitoring results for sea ice thickness.

However, in an effort to improve the understanding of the relationship between the Earth’s ice cover and global climate, ESA designed a mission, called CryoSat, to provide detailed views of irregular sloping edges of land ice, as well as non-homogenous ocean ice over a three-year period.

Unfortunately, the mission was lost, on 8 October 2005, due to a malfunction of the Russian rocket launcher. But on 24 February 2006, ESA received the green light from its Member States to build and launch a CryoSat recovery mission, CryoSat-2.

CryoSat-2 will be equipped with an enhanced radar altimeter instrument, called the Synthetic Aperture Interferometric Radar Altimeter (SIRAL), that will allow it to send 17 800 separate radar pulses per second down to Earth per second then record how long their echoes take to bounce back. Currently, the second generation radar altimeter on ESA's Envisat measures height using the same technique, but sends 1800 pulses down to Earth.

It is important to carry on monitoring over Greenland and Antarctica because the long-term observations by satellites provide authoritative evidence of trends and enable estimation of the consequences should such melting continue into the future.