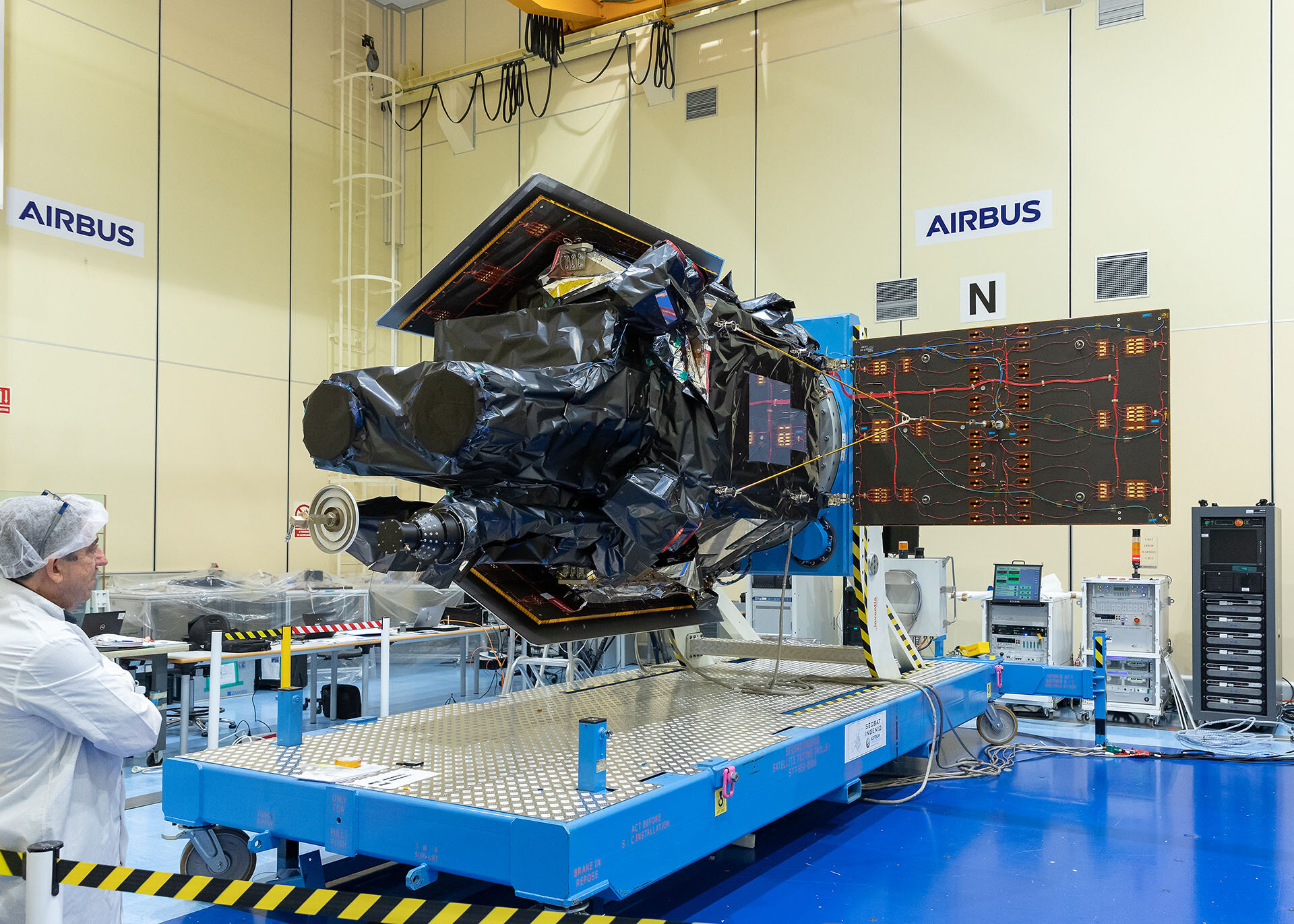 The Spanish high-resolution land imaging mission, known as SEOSAT-Ingenio, is currently at the premises of Airbus in Madrid, Spain and is ready to be packed and shipped to Europe’s Spaceport in French Guiana – following the mission’s latest successful tests and final technical review. This is another significant milestone in preparing the Earth observation satellite’s ride into orbit on a Vega rocket.

Thanks to the satellite era, we are better placed to understand and monitor the complexities of our planet, particularly with respect to global change. As the use of data from Earth observation satellites continues to be more commonplace, so does the demand for increasingly detailed imagery.

High-resolution images of Earth are now deemed an essential commodity at the core of a wide range of scientific, commercial and governmental applications. By imaging Earth’s land in remarkable detail, SEOSAT-Ingenio is ready to serve the new digital age.

SEOSAT-Ingenio is based on a state-of-the-art dual camera that can image Earth’s land with a resolution of 2.5 m. The mission will benefit society through numerous disciplines such as cartography, agriculture, forestry, urban development and water management.

With its capability to look sideways, it can access any point on Earth within three days, and will be used to help map natural disasters such as floods, wildfires and earthquakes – as well as help with one of humankind’s biggest challenges: understanding and responding to climate change.

SEOSAT-Ingenio’s latest tests, which took place virtually owing to COVID-19 restrictions, were deemed successful by teams working together across Europe. These recent assessments come after the successful technical review was completed in April.

While SEOSAT–Ingenio is a Spanish national mission, it is the result of an international collaborative effort. The mission is funded by Spain’s Centre for the Development of Industrial Technology (CDTI) of the Ministry of Science and Innovation, but developed by ESA in the context of the European Earth Observation Architecture.

Other partners include Airbus Defence and Space, being the prime industrial contractor of the satellite, and SENER & INDRA, responsible for the payload and ground segment.

Information from SEOSAT–Ingenio will be used by different Spanish civil, institutional and government users, but also potentially by other European users in the framework of the European Union’s Copernicus programme and the Group on Earth Observations’ Global Earth Observation System of Systems.

The target launch date is currently set for 24 August 2020 – to be confirmed by Arianespace.