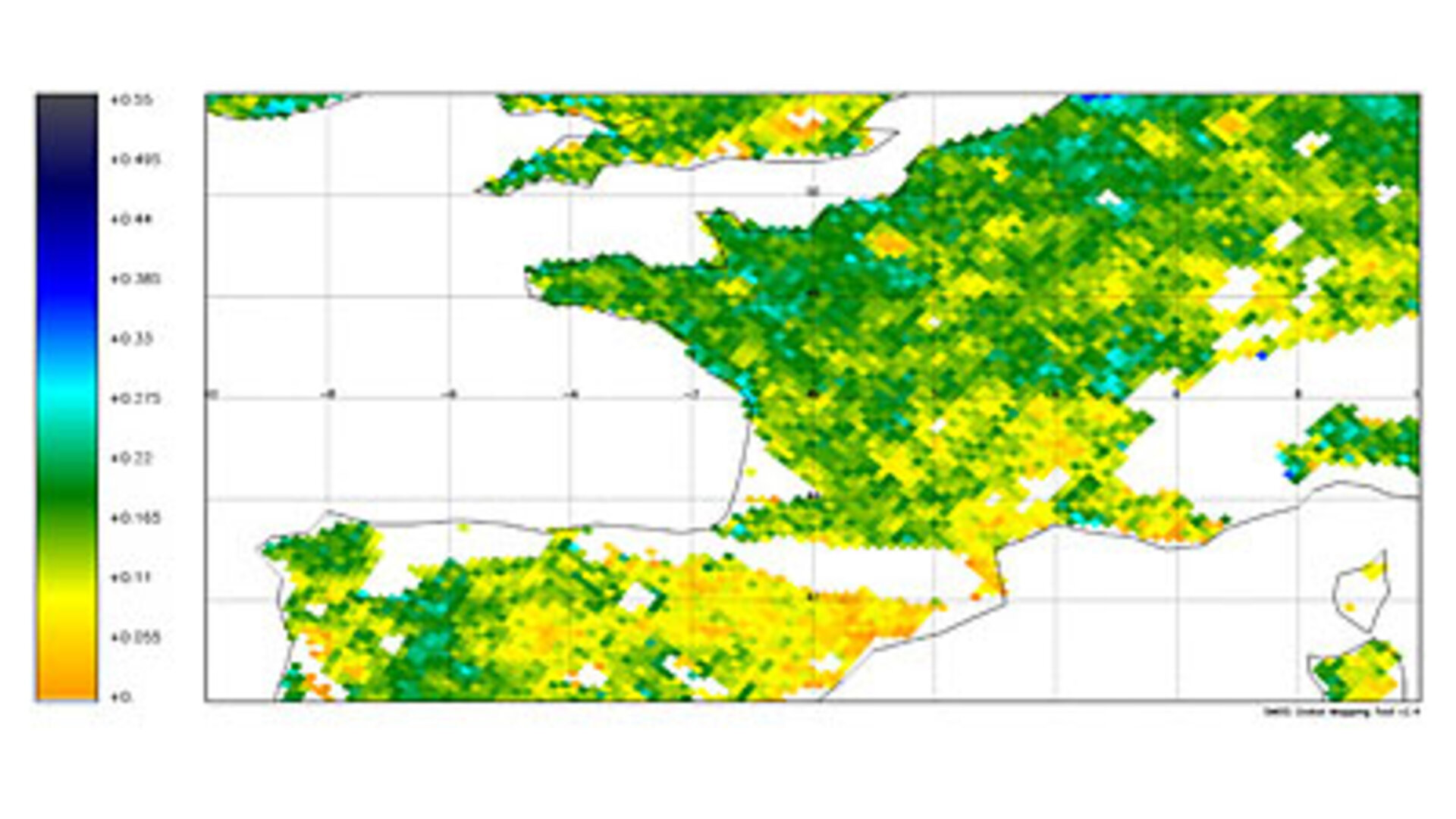 Western Europe's exceptionally dry spring is clear to see in maps generated using data from SMOS. While these maps offer an interesting view of the stark difference in soil moisture compared to a year ago, the data are also important for agricultural and hydrological applications.

ESA's Soil Moisture and Ocean Salinity (SMOS) mission has been orbiting Earth for 18 months now, making global observations of the moisture held in the top layers of soil and salt in the surface waters of the oceans.

These data are much-needed for a better understanding of the water cycle and, in particular, the exchange processes between Earth's surface and the atmosphere.

Although soil holds only a small percentage of Earth's total water budget, it plays an important role in the water cycle. Soil moisture is crucial for regulating water and energy exchanges between the land and the atmosphere.

As a variable in the weather and climate system, data on soil moisture are used by hydrologists, soil scientists, meteorologists and ecologists. Since the amount of water present in soil dictates plant growth and crop yield, these data can also be used for applications areas such as agriculture.

For many of us, the unusually dry and warm weather that western Europe has been experiencing this spring is to be enjoyed. However, the drought is also causing serious problems for farmers and those managing water resources. In addition, dry earth and vegetation is posing a risk of forest fire.

Local authorities in some countries, such as France, the Netherlands and the UK, have introduced restrictions on crop irrigation. Other responses to the dry weather have included the Swiss canton of Zurich removing trout from the river Toess before their habitat dried up and the Dutch banning barbecues over Easter in the eastern part of the country.

The maps of France, generated by CESBIO using SMOS data, show a clear difference between April 2010 and April 2011 in the amount of moisture present in the soils. The blue and green colours represent wetter and the yellows show drier surfaces.

Prior to the launch of SMOS, there were relatively few global datasets on soil moisture. However, now the mission is filling this gap, along with valuable datasets on ocean salinity.

Soil moisture is a critical component in temperature, humidity and precipitation forecasts and the objective of the SMOS mission is to provide a global image of surface-soil moisture every three days. These data, together with numerical modelling techniques, result in estimates of soil-water content down a depth of one to two metres.

This layer is known as the 'root zone', which is the reservoir from which plants can extract water and eventually release it to the atmosphere through their leaves by the processes of transpiration.

This estimation of soil moisture in the root zone is valuable not only for farmers growing crops, but also vital for improving short- and medium-term meteorological forecasting.