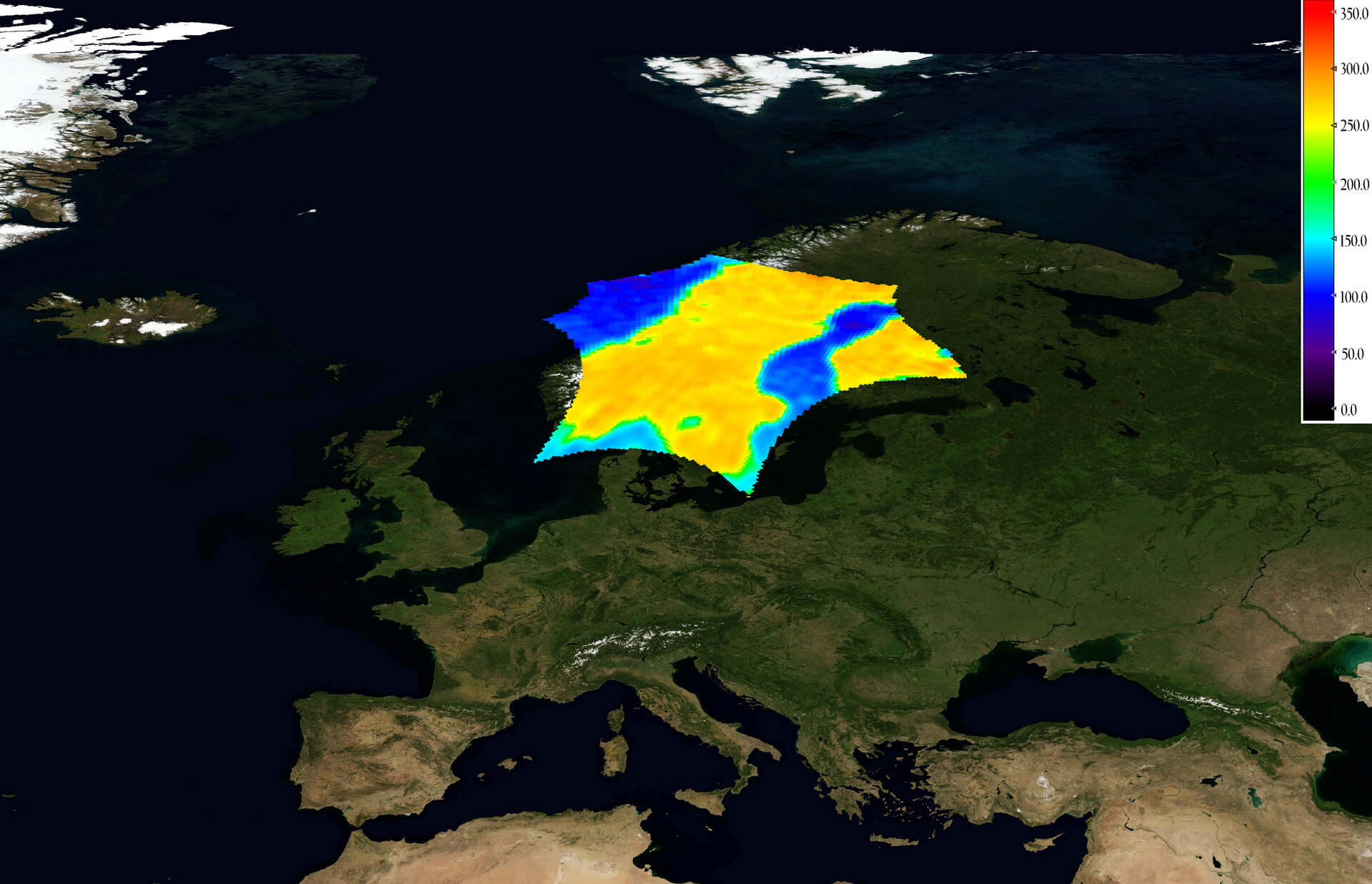 In less than four months since launch, the first calibrated images are being delivered by ESA’s SMOS mission. These images of 'brightness temperature' translate into clear information on global variations of soil moisture and ocean salinity to advance our understanding of the water cycle.

Launched on 2 November, the Soil Moisture and Ocean Salinity (SMOS) mission is improving our understanding of Earth’s water cycle by making global observations of soil moisture over land and salinity over oceans. By consistently mapping these two variables, SMOS will not only advance our understanding of the exchange processes between Earth’s surface and atmosphere, but will also help to improve weather and climate models.

In addition, the data from SMOS will have several other applications in areas such as agriculture and water resource management.

Since it was launched, engineers and scientists from various institutes in Europe have been busy commissioning the SMOS satellite and instrument. This commissioning phase, which will continue until the end of April, initially involved testing the Proteus platform – a generic 'satellite bus' developed by the French space agency CNES and Thales Alenia Space – and the all-important MIRAS instrument developed by EADS-CASA in Spain under contract to ESA. Both platform and instrument have shown excellent performance during their first four months in orbit.

Achim Hahne, ESA's SMOS Project Manager, said, "Our development team is extremely happy and proud to see the real performance of the SMOS system in orbit. We are only half-way through the in-orbit commissioning phase and it is rewarding to see these first very promising calibrated products delivered by SMOS."

Among other tasks, commissioning also includes testing the system that sends the data to the ground and the process through which the data is distributed, as well as calibrating the data products delivered by MIRAS – the Microwave Imaging Radiometer with Aperture Synthesis instrument.

Calibration and validation are a major undertaking in any Earth observation mission. Once the data get to the ground, they need to be checked that they make sense and can be used for scientific research. The last three months have been dedicated to performing these calibration activities in order to assess the performance of the mission.

This first calibration step is important to ensure the instrument meets the required performance. The process also includes making corrections for errors caused by, for example, temperature variations in the instrument's antenna receivers or light reflected from the Sun and Moon. The effect is instantly visible in the calibrated image of Australia, where geophysical features, such as lakes, are clearly visible, compared to the uncalibrated image.

The image showing Brazil highlights the rainforest, which is relatively stable and bright, and the Amazon River is seen in lower brightness temperatures.

Susanne Mecklenburg, who, as ESA's SMOS Mission Manager, will formally take over the reins of the mission at the end of commissioning said, "It is exciting to see these first data products, which are already of excellent quality, even though we haven't completed all the calibration activities yet. We also had very positive feedback from the scientists who have already started using the data."

Yann Kerr, who first proposed the mission to ESA, added, "SMOS has delivered its first products earlier than expected and of a quality better than the specifications."

The acquisition of these calibrated images marks a very important step in the progress of the SMOS mission and also demonstrates the excellent quality and availability of the data, which will soon be available to the science community.

Jordi Font, the mission’s Lead Investigator for ocean salinity, said, "For the ocean products, a lot of work still has to be done before the release of operational data. The low sensitivity to variations in salinity requires very accurate instrument calibration and data processing to achieve the mission’s measurement goals for ocean salinity. However, the excellent performance of MIRAS, and the work being done in commissioning means we are very close to obtaining good results for measuring salinity."

The commissioning phase will continue to the end of April, after which the mission will be operational. However, the science team will continue to asses the quality of the data products throughout the lifetime of the mission. An airborne validation campaign is under way in Australia, comparing in situ measurements with those taken by the satellite. In addition, extensive airborne campaigns will be carried out in Germany, Spain and France in the spring.