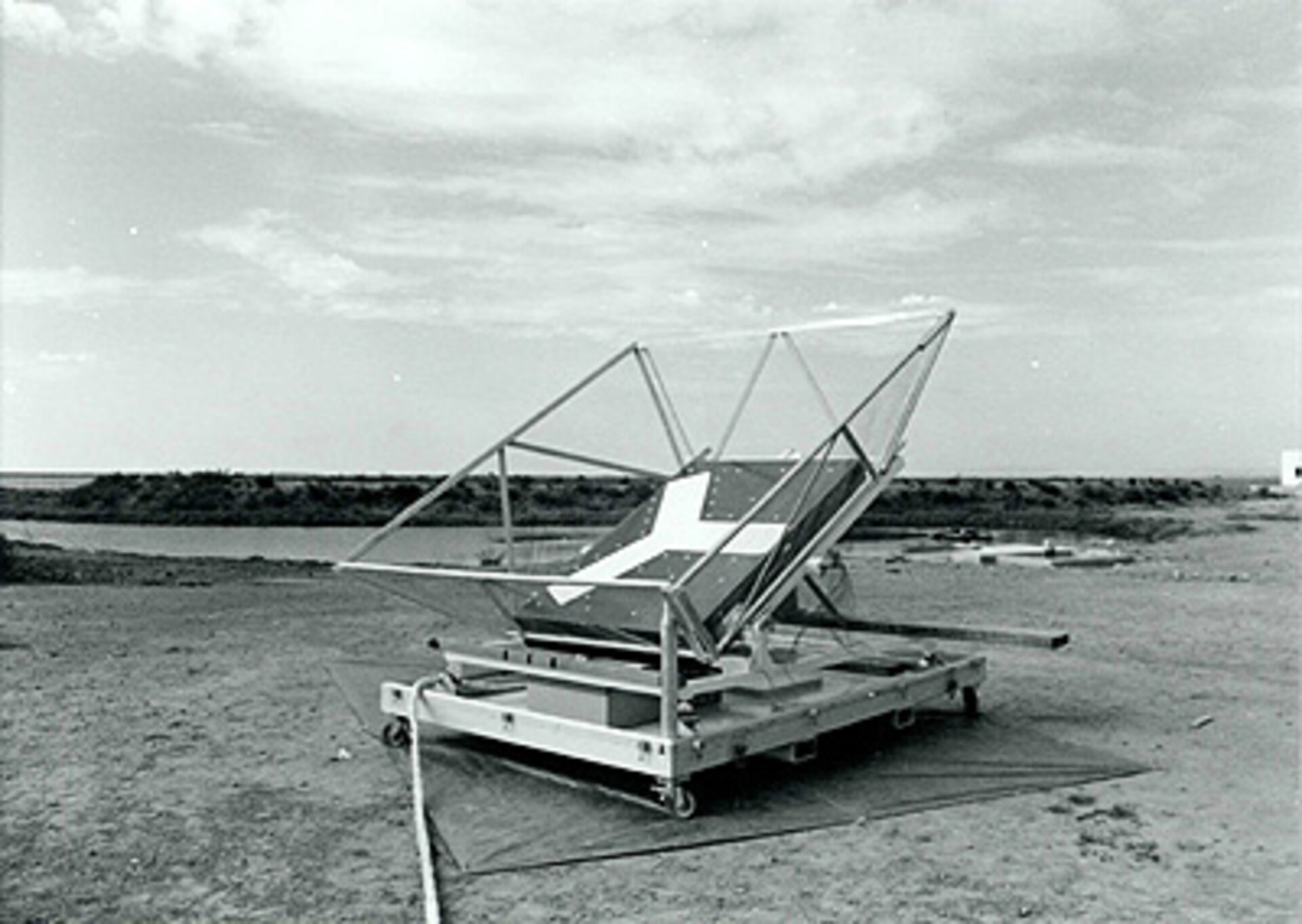 A new airborne instrument called AMIRAS, which simulates data that is expected from the Soil Moisture and Ocean Salinity (SMOS) mission, has successfully delivered images from its maiden flight over Finland.

AMIRAS (Airborne MIRAS) is a new instrument that is similar to the MIRAS (Microwave Imaging Radiometer using Aperture Synthesis) radiometer that will be carried on the SMOS satellite when it launches next year. AMIRAS, however, is much smaller than MIRAS and designed to operate from an aircraft to provide scientists with data similar to those expected from the SMOS mission.

The SMOS mission is adopting a completely new approach in the field of remote sensing in that the MIRAS instrument will be the first-ever spaceborne 2D interferometric radiometer that operates at 1.4 GHz (L-band). Since this is such novel technology, essential work in the field is necessary to ensure that the measuring technique is correct and to study various environmental effects on the signal received by the instrument.

Therefore, a number of field exercises are being carried out in support of the mission, such as the CoSMOS campaign in Australia and the CoSMOS activities over the North Sea to address the issues of retrieval of salinity data. In addition, instruments such as the Finnish HUT-2D, which is also an airborne L-band aperture synthesis radiometer, play major roles in fine-tuning the mission.

The AMIRAS instrument, though, is the closest instrument to SMOS ever flown on an aircraft. It consists of a Y-shaped array with four antennae elements per arm. The spaceborne MIRAS radiometer will be much larger, carrying a total of 69 antennae elements – the so-called LICEF receivers. Like MIRAS, this airborne instrument is able to measure in horizontal as well as vertical polarisations in both dual- and full-polarisation modes.

Since the instrument has been built it has so far been used in four experiments. Firstly, a ground test was carried out in April this year at the Institut de Reserca Tecnologica Agraria (IRTA) near the Ebro river delta in Spain. Here the instrument was tested by taking images of the Milky Way and the Sun. It had its maiden flight on-board the Helsinki University of Technology's (HUT) Skyvan in June covering both land and sea areas around Helsinki, Finland. Its second flight was similar to the first only extended to include an estuary east of Helsinki and flights over the sea. Finally, another ground test to image the Milky Way was carried out from a small airfield near Lahti, Finland.

The part of our galaxy that is visible from northern latitudes looks like a bright spot around Deneb (the brightest star in the Cygnus constellation) when observed at L-band. This can be seen in the image of the Milky Way that was captured by the AMIRAS instrument in H-polarisation. This marks a step forward in the consolidation of the SMOS mission through complete-system demonstrations. Furthermore, just a couple of weeks before, a similar image had been obtained independently by the Finnish HUT-2D airborne demonstrator. This all provides further assurance about the calibration techniques that will be later used for SMOS.

The image of the brightness temperature shows the instrument's alias-free field of view as it was flown over land and water during its maiden flight. The interferometry measurement principle and the Y-shaped antenna limit the field of view to a hexagon-like shape called the 'alias-free' zone. The step in amplitude indicates that AMIRAS's dynamic range has been achieved.

EADS-CASA Espacio (E) is the prime contractor for AMIRAS. The Polytechnic University of Catalunya (UPC, E) is responsible for the data processing of AMIRAS campaigns. The Institute of Space Studies of Catalunya (IEEC) organised the IRTA campaign while the Laboratory of Space Technology of HUT was in charge of the two flights and the Lahti campaign using the Skyvan.

These first four AMIRAS experiments have proved a great success, further ensuring that the SMOS mission will deliver excellent data on soil moisture and ocean salinity with which to further our understanding of the water cycle. A “very well done” to the team!