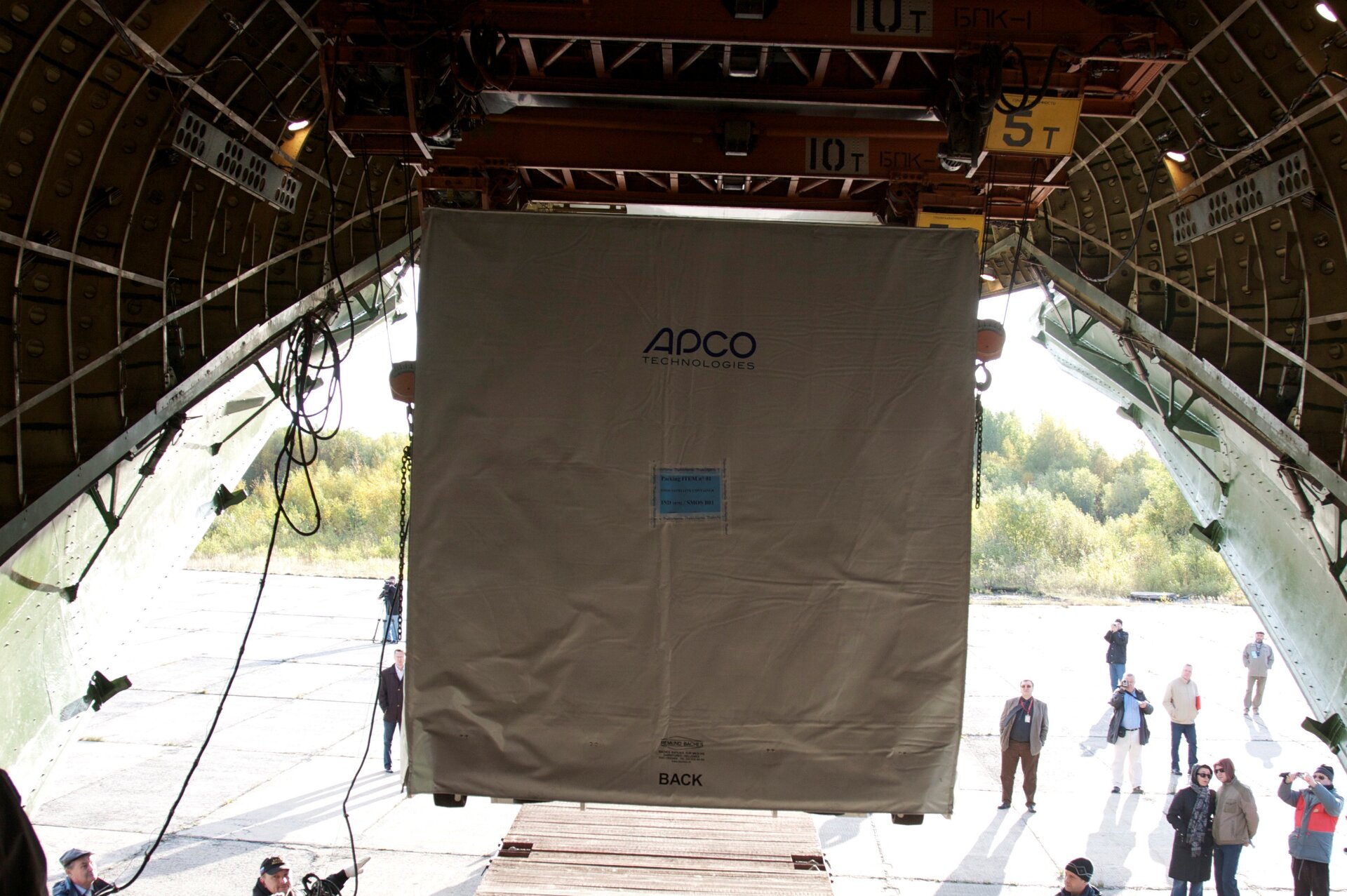 After leaving Thales Alenia Space in the south of France on 15 September, ESA’s SMOS Earth Explorer has arrived safely at the Plesetsk Cosmodrome in northern Russia, where it will be prepared for launch on 2 November.

The Antonov aircraft carrying the Soil Moisture and Ocean Salinity (SMOS) satellite, along with seven containers of support equipment, arrived at Arkhangelsk early in the morning of 16 September. Once unloaded from the aircraft, the precious cargo was transported by truck to the train station and then loaded onto wagons for the 12-hour ride to the launch site.

The train arrived at the Plesetsk Cosmodrome yesterday morning and the containers have now all been placed in the integration facilities where they are being unpacked today. The long journey seems to have gone well, and the signs are that satellite and equipment have arrived in good shape.

The SMOS team will now spend the next six weeks testing the satellite and preparing for launch. SMOS will be encapsulated, along with ESA’s Proba-2 satellite, in the fairing of the Rockot launcher in preparation for liftoff at 02.50 CET on 2 November.

The Proba-2 team have already carried out their initial preparations and will return to Plesetsk later this month to resume the campaign.

The arrival of SMOS at the launch site marks a significant milestone for ESA’s next Earth Explorer mission. Also known as ESA’s Water Mission, it is the first satellite dedicated to providing global measurements of soil moisture and ocean salinity. By regularly and consistently mapping these two variables, the mission will improve our understanding of the water cycle.

ESA’s Project Manager for the SMOS mission, Achim Hahne, commented, “I am really excited that the end is getting close, and so is the team.”