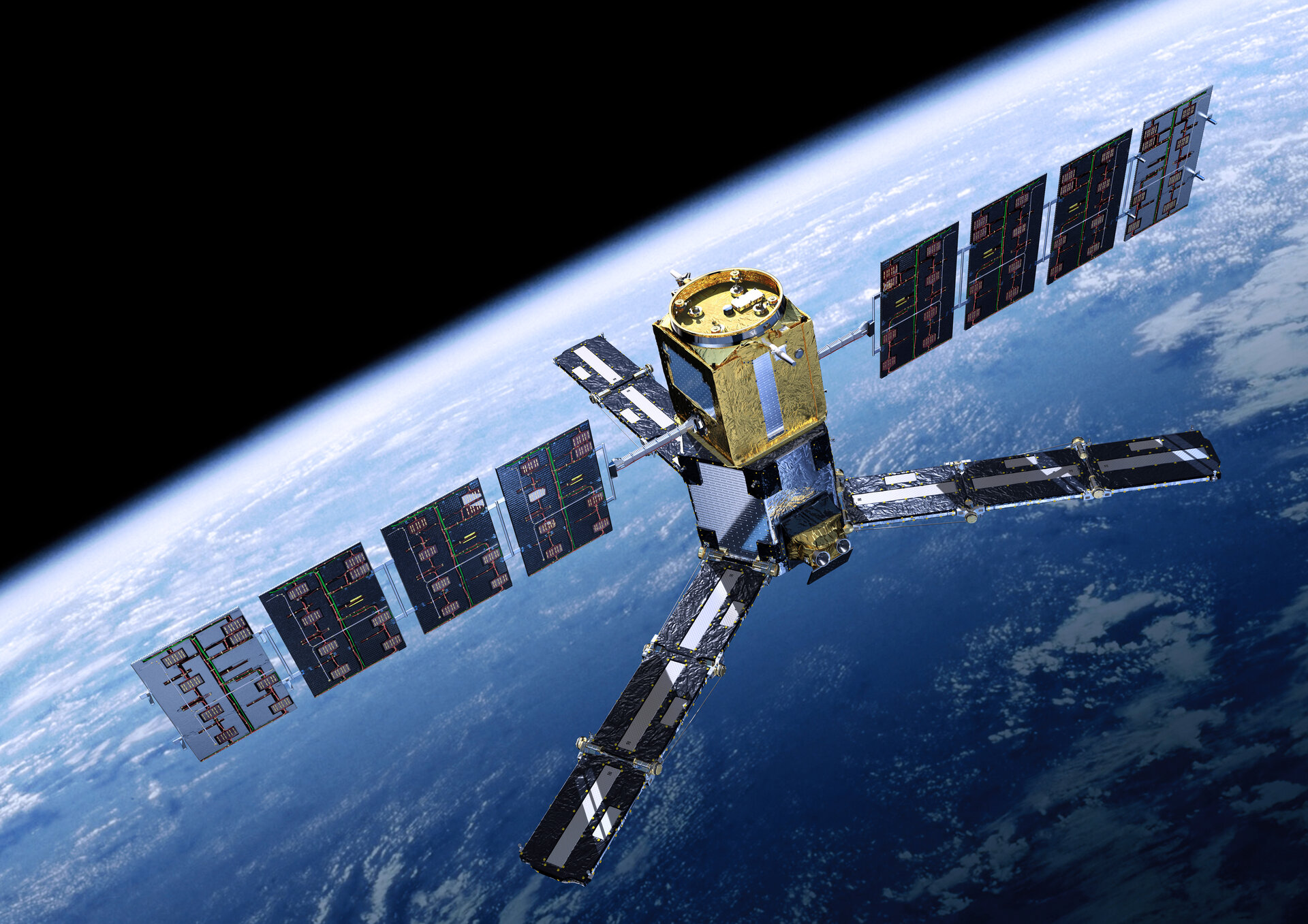 During launch and the first few orbits around Earth, the Soil Moisture and Ocean Salinity (SMOS) instrument’s antenna arms remained safely folded up. Today, these three arms folded-out and now form a large three-pointed star shape. With its unusual shape, measuring eight metres across, SMOS can be dubbed a ‘star in the sky’.

The SMOS instrument is called MIRAS – short for Microwave Imaging Radiometer with Aperture Synthesis – and is actually bigger than the satellite platform. It consists of a central hub and the three arms that have just deployed. This deployment is crucial to the success of the mission as they carry the key measuring devices: most of the 69 small antenna receivers called LICEFs.

To acquire data on soil moisture and ocean salinity, each of the LICEF antenna-receivers measures radiation emitted from Earth’s surface within the ‘L-band’, around a frequency of 1.4 GHz. This frequency provides the best sensitivity to variations in moisture in the soil and changes in the salinity of the surface waters of the oceans. In addition, this frequency is not affected too much by the weather, atmosphere and vegetation cover.

To achieve the spacial resolution required by the data users, the MIRAS instrument employs a novel use of technology. Under normal circumstances, measuring these two environmental variables using L-band would only work with a huge antenna – which would be too big to be carried by a satellite. To overcome this challenge, the SMOS mission has borrowed techniques used in radio astronomy.

Radio astronomers, searching for celestial objects that are not detectable in optical astronomy, also faced the challenge of needing to detect small signals from point sources in space at a long wavelength, requiring a big antenna. Since signals are detected as waves, signals from different telescopes can be added to synthesise the pinpointing of a much larger telescope. To achieve this, radio astronomers combined 27 radio telescopes, each 25 m in diameter, and deployed them on a Y-shaped track that can be extended up to 35 km. This is known as the Very Large Array in New Mexico, US.

Like the Very Large Array, the SMOS instrument also forms a Y-shape and through a process of interferometry the 69 small antenna receivers mimic a much larger antenna.

The deployment of the SMOS arms marks another significant milestone for ESA’s water mission. The satellite will now undergo a series of health checks within its six-month commissioning phase. So far, however, all the signs are good that this second of ESA’s Earth Explorer satellites in orbit is fit and healthy following launch and will be able to deliver the data to advance our understanding of Earth’s water cycle.