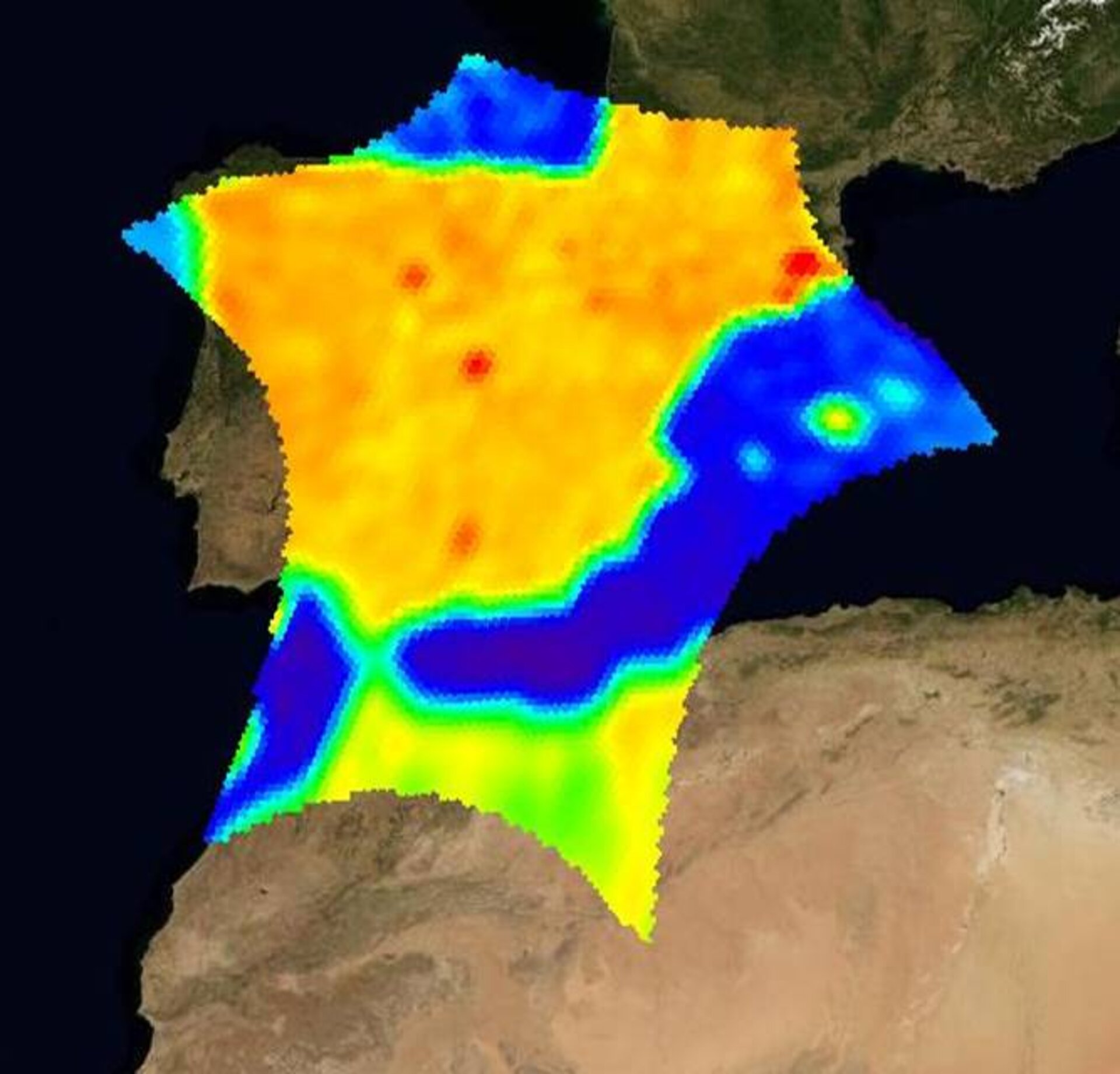 The results from ESA's SMOS satellite have been impressive, but the mission has been bugged by patches of interference from radar, TV and radio transmissions in what should be a protected band. Painstaking efforts to reduce these unwanted signals are now paying off.

Soon after the Soil Moisture and Ocean Salinity (SMOS) mission was launched, it was realised that, in some places, the data were being badly contaminated by radio-frequency interference – or RFI for short.

At times, this interference was effectively blinding the instrument, rendering the data over certain areas unusable. Nevertheless, SMOS was still clearly meeting its scientific requirements in areas free of RFI. However, to maximise the benefits of the mission the RFI issue needed to be addressed, which could only come about through international collaboration.

SMOS, also known as ESA's water mission, carries a passive radiometer that operates at 1400–1427 MHz in the L-band of the electromagnetic spectrum to capture snapshots of 'brightness temperature'. These snapshots correspond to microwave radiation being emitted from Earth's surface and relate to the amount of moisture in soil and salinity in the ocean. This information is needed to improve our understanding of Earth's water cycle.

According to radio regulations set by the International Telecommunications Union, this frequency band is reserved for the Earth Exploration Satellite Service, space research and radio astronomy. However, SMOS data revealed that there were many incidences of signals within this protected band, particularly in southern Europe, Asia, the Middle East and some coastal zones.

The transmissions contaminating the data were due to two main reasons: either emissions in adjacent bands that were leaking into the protected region owing to excessive power levels, or illegal transmissions within 1400–1427 MHz.

So far, the main culprits appear to be TV transmitters, radio links and networks such as security systems. Also terrestrial radars appear to cause interference.

To ensure that the excellence of the mission would not be compromised, ESA embarked upon the tricky and lengthy process of having the illegal transmissions shut down and the excessive out-of-band emissions reduced.

Tackling Europe first, this is being done case by case through cooperation with governments – and a significant number of sources of interference have already been eliminated.

The SMOS data are able to show, within a few kilometres, where the interference comes from. Knowing the rough locations, ESA has been contacting National Spectrum Management Authorities to request that they take steps to resolve the issue.

Mostly, the next stage involves the various authorities sending personnel into the field with sensors to identify the precise source of the signals.

In some cases, it's simply a matter of retuning the device to prevent the signal from leaking into the protected band or, more seriously, if the device is operating illegally the authorities have been shutting them down.

Over the last few months, ESA has been in touch with most European governments. Although it might seem a laborious process, cooperation between ESA and the National Spectrum Management Authorities has already led to a significant improvement so that RFI in the SMOS data is on the wane.

Spain is a particularly good example of this – the data are now much-improved with respect to RFI.

While the cooperation between ESA and governmental authorities continues to be fruitful, the hope is that these cases will lead to tighter regulation enforcement.