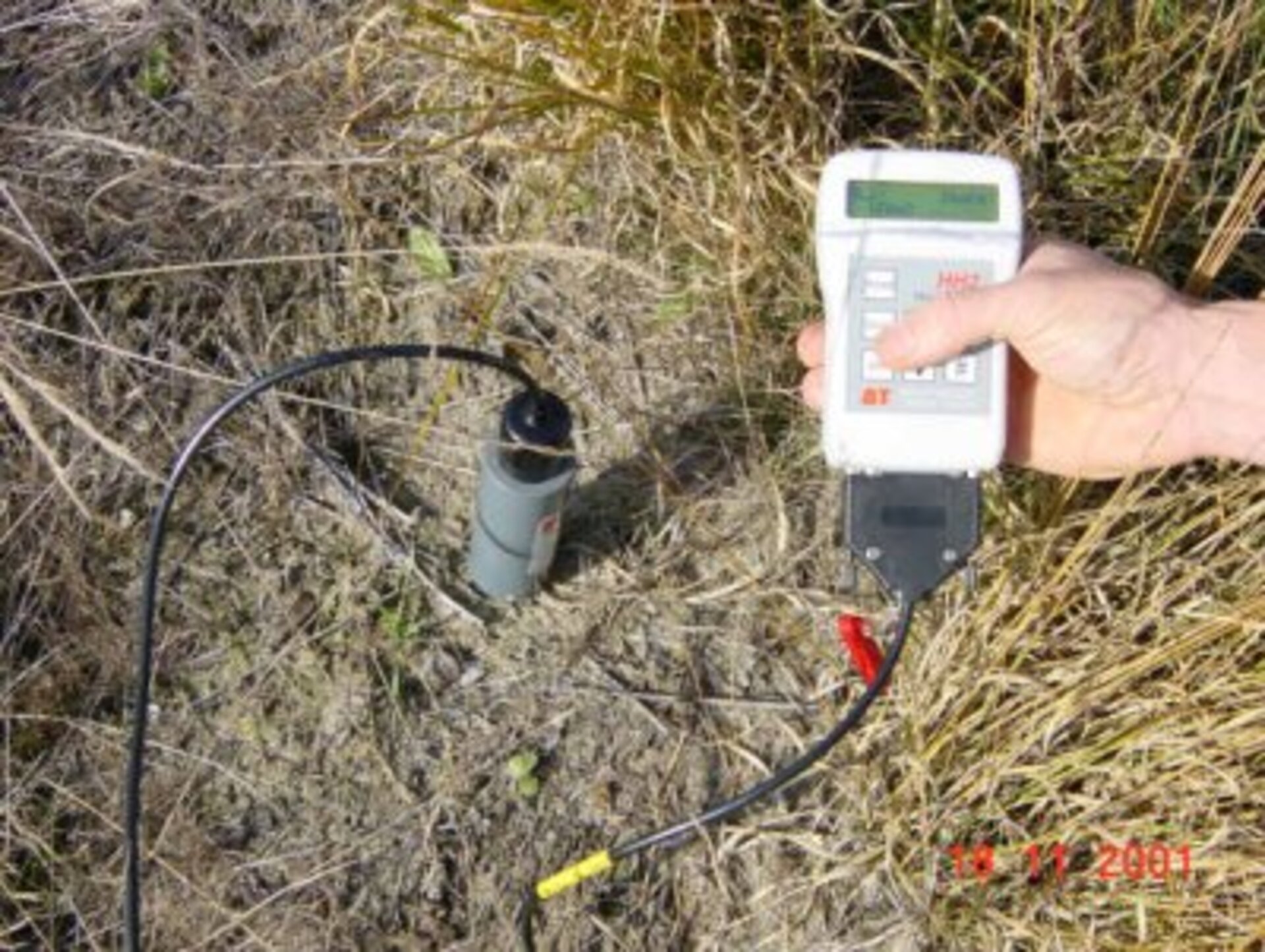 A week-long ESA campaign co-ordinated across land, sea and air is gathering data on key variables of thin but crucial liquid layers of the Earth's skin: the saltiness of the ocean surface and the moisture levels of topsoil. The EuroSTARRS campaign is focused on these twin factors because they play a major role in determining climate.

The final results from this week's campaign will help scientists to prepare for an ESA Earth Explorer spacecraft to provide global measurements for both these variables. Called the Soil Moisture and Ocean Salinity Mission (SMOS), it is due for launch in 2006. SMOS is scientifically led by Dr Yann Kerr from CESBIO (Centre d’Etudes Spatiales de la Biosphere), France and Dr Jordi Font from ICM (Institute de Ciencies del Mar), Spain.

For EuroSTARRS, a Dornier 228 aircraft, operated by DLR, Germany, is carrying an instrument specially built to detect sample levels of sea salinity and soil moisture, at the same time backed up by ground-based researchers taking readings as well as instruments based on board ocean buoys, vessels and an oil platform.

Mounted under the aircraft's fuselage, the instrument is known as the STARRS (Salinity Temperature and Roughness Remote Scanner) radiometer. Lent to ESA by its owner, the US Naval Research Laboratory, STARRS is the closest match to the planned SMOS instrument currently available. It measures passive microwave radiation emitted by land and water at a wavelength that allows scientists to determine their respective moisture and salinity levels.

"The EuroSTARRS campaign involves a total of six test sites across different terrains, from forest to ocean to the Pyrenees mountains," explained Michael Berger, ESA's SMOS project scientist. "It enables us to learn how the passive microwave signal is affected by different vegetation coverage and to what level it could be corrected for by observing the emitted signal under different viewing angles. We can then use this information to feed back into the SMOS ground segment design". And as the aircraft flies STARRS above various European locales, from forests outside Toulouse and Bordeaux, to vineyards around Valencia and out over the Bay of Biscay, EuroSTARRS organisers have ensured there are also researchers on the ground taking concurrent readings. Off the coast of Barcelona, an existing ESA experiment called the Wind and Salinity Experiment (WISE) was co-ordinated with the STARRs overflights.

A set of instruments aboard the Casablanca Tower oil rig, linked to nearby buoys, measured wind speed, temperature and sea salinity at the same time as the aircraft flew overhead. And next week a Danish-built radiometer is being flown over the North Sea by Denmark's Air Force as part of another linked experiment called L-band Ocean Salinity Airborne Campaign (LOSAC).

"EuroSTARRS is one of the most complex campaigns ESA has done, and one of the fastest-paced," Berger explained. "We have to make sure organisations across Europe combine together at the right places and times, as well as working together with the Naval Research Laboratory." The size of ESA's effort reflects the importance of the two variables, which need to be better understood to make future climate modeling more accurate. Soil moisture levels determine the health of vegetation across the world and, through phenomena such as evaporation and run-off, play a key role with how incoming solar energy interacts with the terrestrial surface.

Sea salinity is ultimately responsible for ocean currents, major engines of global climate. In currents such as the Gulf Stream, warm surface water gradually becomes cooler and saltier due to evaporation, then sinks down to the deeper ocean where it travels back to the equator, warming up and becoming less salty as it rises again.

"For Europe, the warm waters of the Gulf Stream means countries like The Netherlands are spared very, very cold winters, something like Siberia," Berger said. "But climate change could mean an influx of freshwater from melting polar regions and the Gulf Stream could disappear. Improved climate models would give us an early warning."