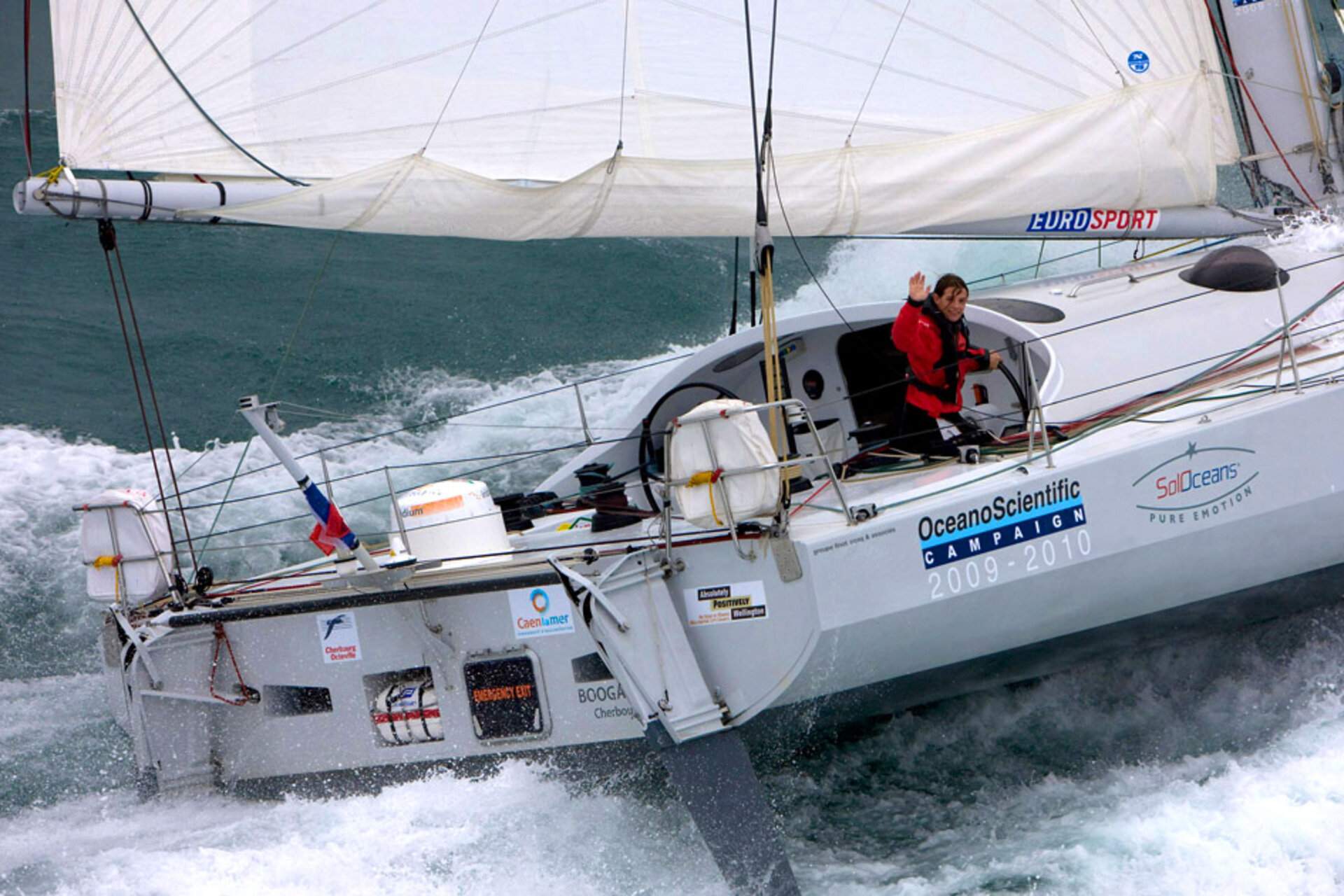 Scientists working to validate data from ESA’s water mission SMOS, launched in November, will get help from skippers competing in the SolOceans around-the-world single-handed race.

The SolOceans race marks the first time in oceanic racing that a fleet of identical high-tech yachts has had a scientific vocation.

The MIRAS instrument on the SMOS (Soil Moisture and Ocean Salinity) Earth Explorer satellite was switched on last week and is now mapping ocean salinity and soil moisture to improve our understanding of Earth’s water cycle.

In order to validate the accuracy of the measurements, the data have to be compared with in situ measurements. Yet, in situ data are currently unevenly collected around the planet, with large gaps missing from areas such as the Southern Hemisphere, and are not collected frequently enough.

Sailors competing in the SolOceans race will collect oceanic and atmospheric measurements along their 48 000-km maritime route, which carries them to little-explored areas south of the three continental capes on identical SolOceans One-design yachts.

On Sunday, skipper Liz Wardley embarked on the Reference Around-the-world Tour of the SolOceans racecourse from Normandy, France, aboard one of the SolOceans One-design yachts. Sensors will collect sea-surface salinity data of the oceans she will be crossing along the race’s course.

"I work and play on the ocean all year long and see firsthand how humans hurt our planet. Until now I have never had the opportunity or knowhow to help understand and prevent such phenomenon as global warming. It is with great honour and pleasure that I set off on this adventure to collect data and observations to send to scientists worldwide," Wardley told ESA.

The first leg will carry her from France to New Zealand via South Africa’s Cape of Good Hope and around Australia’s Cape Leeuwin. The second leg goes from New Zealand back to France, sailing south into the Pacific Ocean and around South America’s Cape Horn before navigating north through the Southern and Northern Atlantic towards France, where she is expected to return in mid-March.

The data acquisition is fully automated, so Wardley will not need to intervene with the instruments. The acquired data will be digitised and transmitted automatically to scientists on shore by satellite.

"The rate of acquisition of those data will vary between every minute to every hour depending on the variable and our scientific needs," said Fabienne Gaillard, a French Research Institute for Exploitation of the Sea (IFREMER) researcher at the Oceans Physics Laboratory, who is in charge of the 'Global Ocean Sea Surface Salinity: Calibration and Validation' project for SMOS.

"An automatic transmission between the sea and the shore will be scheduled and data will be sent to operational centres for immediate use in forecasts and satellite validation campaigns."

To validate SMOS data, scientists need to compare its measurements against datasets of a known quality that extend over significant geographical areas spanning various geophysical conditions and provide sufficient temporal coverage. With its scientific sensors and course through little-explored areas, the SolOceans data fulfil these requirements.

SMOS satellite data and SolOceans validation data will be statistically analysed and compared. Any discrepancies between the two will have to be interpreted and recommendations for recalibration, retrieval algorithm change or reprocessing techniques will have to be made.

Data provided by MIRAS will be important for weather and climate modelling, water resource management, agriculture planning, ocean currents and circulation studies and forecasting hazardous events such as floods.

SolOceans was set up by SailingOne to combine sport and scientific research. The scientific research is being carried out by the OceanoScientific Campaign, organised by SailingOne with the help of IFREMER, Météo-France, INSU-CNRS (Institut National des Sciences de l’Univers - Centre National de la Recherche Scientifique), CONTROS and the Leibniz Institute of Marine Sciences at Germany’s University of Kiel (IFM-GEOMAR).