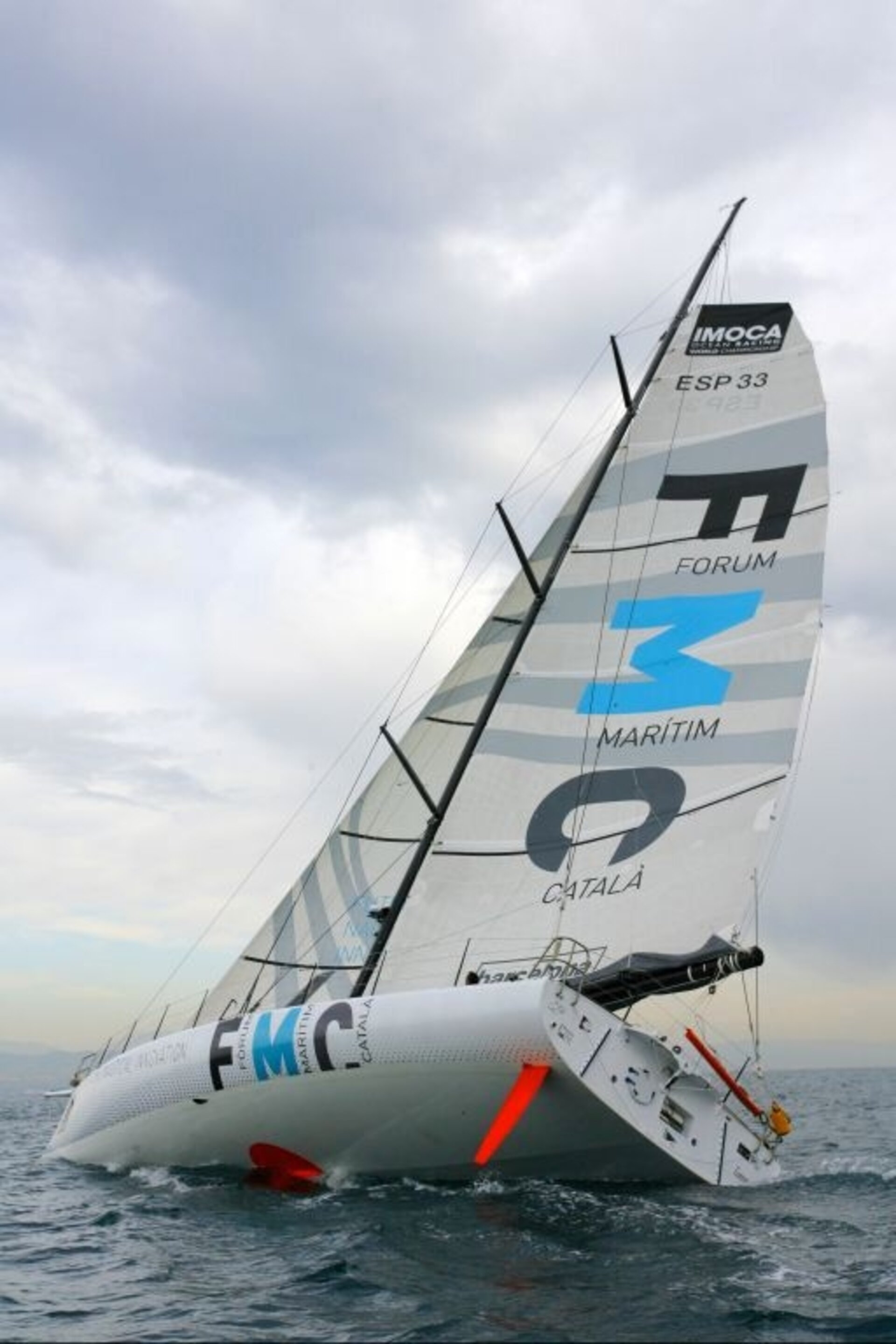 Competitors are about half way through the race, which takes them around the world from Barcelona in Spain and back.

The yachts left Barcelona on 31 December and, on reaching the Atlantic, headed south to circle Earth via the capes of Good Hope (South Africa) Leeuwin, (Australia) and Horn (Chile), with Antarctica to starboard.

Since this 46 300-km route takes the competitors through some of the most remote parts of the Southern Ocean, the Spanish Institute of Marine Sciences in collaboration with the race organisers, the Fundació Navegació Oceànica de Barcelona, have looked beyond mere sport and sought to offer opportunities to benefit science.

With this objective in mind, the Spanish Institute for Marine Science arranged for the Fòrum Marítim Català 60-foot yacht to be equipped with a sensor to collect data on sea-surface temperature and salinity throughout the three-month race.

This information is being relayed by satellite back to the institute automatically in almost real time.

Dr Jordi Font, Lead Investigator for ocean salinity for ESA's Soil Moisture and Ocean Salinity (SMOS), mission said, "The data we are receiving from ESA's SMOS mission is improving our understanding of the variations in the salinity of the surface waters of the oceans.

"The measurements, currently being acquired by the yacht, now in the Southern Ocean, contribute to the bank of data we are building from other in situ instruments in other parts of the world to help validate the accuracy of the data from SMOS."

Launched in November 2009, the Earth Explorer SMOS mission is dedicated to providing global measurements of soil moisture and ocean salinity for a better understanding of the water cycle and to improve weather and climate models.

Along with temperature, ocean salinity is a key variable that drives global ocean circulation patterns, which in turn play a role in moderating the climate.

Accurate data on ocean salinity will provide a better insight into the processes influencing ocean currents.

An important part of any Earth observation mission is to check the accuracy of the data acquired from space by comparing them with measurements taken in situ.

The Southern Ocean, however, is sparsely sampled.

The yacht race circumnavigates the Southern Ocean at around 50°S, so provides an excellent opportunity to gather data in this region.

The instrument system, which weighs less than 3 kg, is autonomous and does not interfere with the task of the two skippers, Gerard Marín and Ludovic Aglaor, of sailing around the world as fast as they can.

The southern hemisphere has also been the focus for SMOS recently – but to monitor changes in soil moisture before, during and after the floods that devastated Queensland and Victoria in Australia.

In addition, data from SMOS showed that soils were fairly dry in the northern part of Queensland before cyclone Yasi hit on 2 February, so that runoff was not enough to cause major flooding in this region.