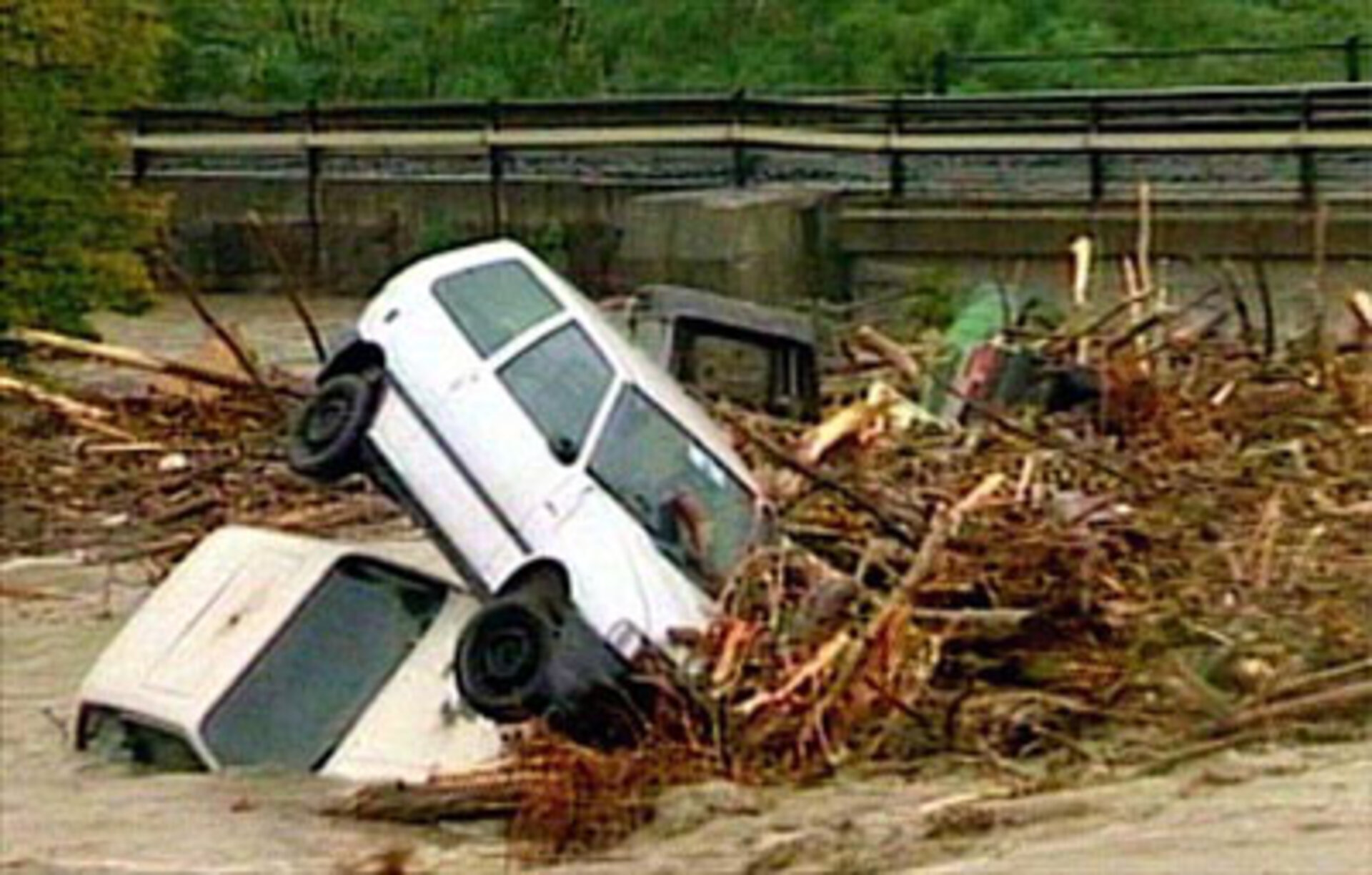 Floods swept through towns and villages across Europe earlier this week, killing nearly thirty people in northern Italy, Switzerland, France and England, and forcing the evacuation of tens of thousands more. Civil protection forces worked tirelessly to try save lives and property. Courage, determination and sandbags were their main weapons in the battle with the rising waters. But high technology help is also at hand. Using information gathered by the European Space Agency¹s Earth Observation satellites, scientists are now able to study, map and predict the consequences of flooding with unprecedented accuracy.

"There are five main tools we have developed," explains ESA¹s Jerome Bequignon, "land use maps, imaging of actual flood extents, accurate digital elevation models, soil moisture estimates and a flood modelling computer program which combines the data from all of these inputs."

The instrument which gathers much of the underlying data is the synthetic aperture radar (SAR) flown aboard ERS-1 and ERS-2. The SAR reflects a series of radio pulses off the ground as the satellite flies along its orbital track, and sophisticated computer processing combines the echoes into a detailed picture of the land below. SAR is capable of seeing through the heaviest cloud - which is particularly important where flooding is the problem. SAR images can be used to differentiate between different types of terrain - woodland and fields for example - because each has a characteristic 'signature' in the echo it returns. SAR images are also particularly good at identifying open water - which looks black in most images.

SAR images are used to help create 'land use' maps, identifying built-up areas, dense and light woodland, fields, lakes and rivers and so on. When combined with optical and infra-red photography from other satellites, an extremely accurate and detailed digital map can be created. Such land use maps have many applications. For flood modelling, the land use map is processed further."What we do is to create what we call a 'roughness map', which measures to what extent the ground at each point absorbs water," explains Bequignon. "For example, the water washes straight off concrete or roads, but it is absorbed well by soil with plants, and less well by bare soil."

Using a technique called 'multitemporal imaging', which combines black and white SAR images of the same area taken on different orbits into a single false-colour image, it is also possible to highlight areas of change in the landscape - the developing flood pattern, for example, or soil becoming waterlogged. SAR images can also be used in combination with reference satellite photographs to provide extremely accurate maps of the precise extent of flooding. This resource is vital: in the turmoil of flood rescues and evacuations, no one on the ground has much time to worry about precisely where the rising waters have spread.

By applying the roughness map to a digital elevation model (DEM), an accurate map of the height and shape of the ground, it is possible to calculate exactly how flood waters will behave at any given point on the map - rushing rapidly over steeply sloping tarmac; slowly filling a flat, waterlogged field. The last stage is to use a flood modelling computer program to create realistic models of real and predicted events. In the flood modelling program, mathematical simulation techniques allow scientists to create digital rainstorms over their electronic landscape, and watch what happens.

"What we are doing is creating scenarios for the civil defense authorities," says Bequignon. "We can show them typical rainfall patterns, or model the overflow of a dam, and show them where and how the resulting flood will begin and spread. They can then identify high-risk areas which need to be prioritised for evacuation or protection. We can also look at the potential consequences of proposed construction or civil engineering work. In effect, we can tell them that if that supermarket is built there, it is likely to be flooded three years in every ten. This will help them develop prevention plans."

The near-real time images of flooding of the sort shown with this article can be used to verify the accuracy of the flood modelling and prediction techniques. But they also have another use "Because we can accurately capture flood images over many years, we can also take a more empirical approach," comments Bequignon. With ten years of data from ERS-1 and ERS-2, and Envisat soon to be launched carrying an even more sophisticated SAR, it¹s possible to look at the regular flood patterns that occur annually in many places with a new and high-tech eye.

Surveying the grey waters swirling through the ground floor of your home, it may be hard to imagine what a satellite hundreds of miles overhead can do to help. But with civil defense authorities all over Europe starting to make use of the new techniques of satellite-based flood forecasting, it may not be too long before there¹s a powerful new ally in the never-ending war with the waters.