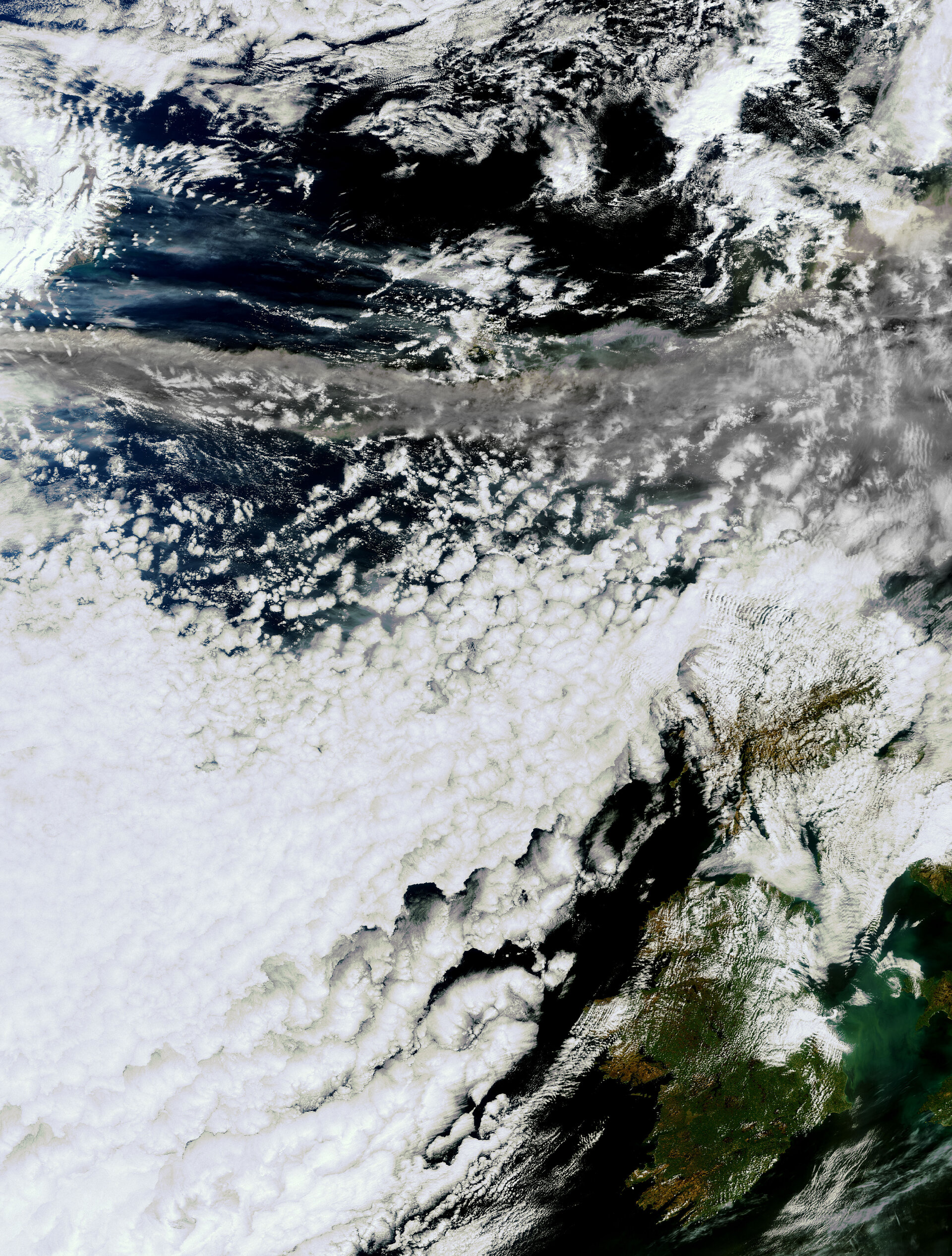 Thousands of planes are grounded across Europe due to the spread of volcanic ash following the recent eruption under Iceland's Eyjafjallajoekull glacier. Volcanic eruptions eject large amounts of ash and trace gases such as sulphur dioxide into the atmosphere, often reaching the altitudes of scheduled flights.

When flying through a volcanic ash cloud, ash particles enter the jet engines which can result in engine failure. The ash can also severely damage the material of the aircraft, clog its sensors, limit the view of its pilots, and severely scratch, or 'sandblast', cockpit windows, landing light covers and parts of the tail and wings.

Every year there are about 60 volcanic eruptions. Ground-based monitoring is carried out on only a limited number of volcanoes. In fact, most volcanoes, especially those which are remotely located, are not monitored on a regular basis. Therefore, observations of sulphur dioxide (SO2) and aerosols derived from satellite measurements in near-real time can provide useful complementary information to assess, on a global level, possible impacts of volcanic eruptions on air traffic control and public safety.

Ensuring that volcanic cloud hazards are addressed, the Volcanic Ash Advisory Centres (VAACs) were established in 1995 to gather information regarding volcanic ash clouds and to assess the possible hazard to aviation. To assist the VAACS in their tasks, ESA started the Support to Aviation Control Service (SACS) service to deliver SO2 email alerts to them in near-real time. For each alert, a dedicated map around the location of the SO2 peak value that triggered the alert is produced and put on a dedicated web page, mentioned in the email.

In addition to VAACs, the information – derived from the SCIAMACHY instrument on ESA’s Envisat, GOME-2 and IASI on MetOp, OMI on EOS-Aura and AIRS on Aqua – is delivered to volcanological observatories, health care organisations, scientists, etc.

To know whether aircraft may safely pass under or over volcanic ash clouds and to forecast better the future motion of the clouds, the VAACs need more accurate information on the altitude and vertical size of an ash plume.

This is the main focus of ESA’s Support to Aviation for Volcanic Ash Avoidance (SAVAA) project which aims to set up a demonstration system able to ingest satellite data and meteorological wind fields, in order to compute the injection height profile of volcanic emissions, using trajectory and inverse modelling. The system can then be implemented into the operational environment of the VAACs.

Furthermore, the SAVAA project is providing complementary data to the SACS SO2 alerts by developing volcanic ash alert services for VAACs based on satellite data measured in the infrared part of the spectrum.