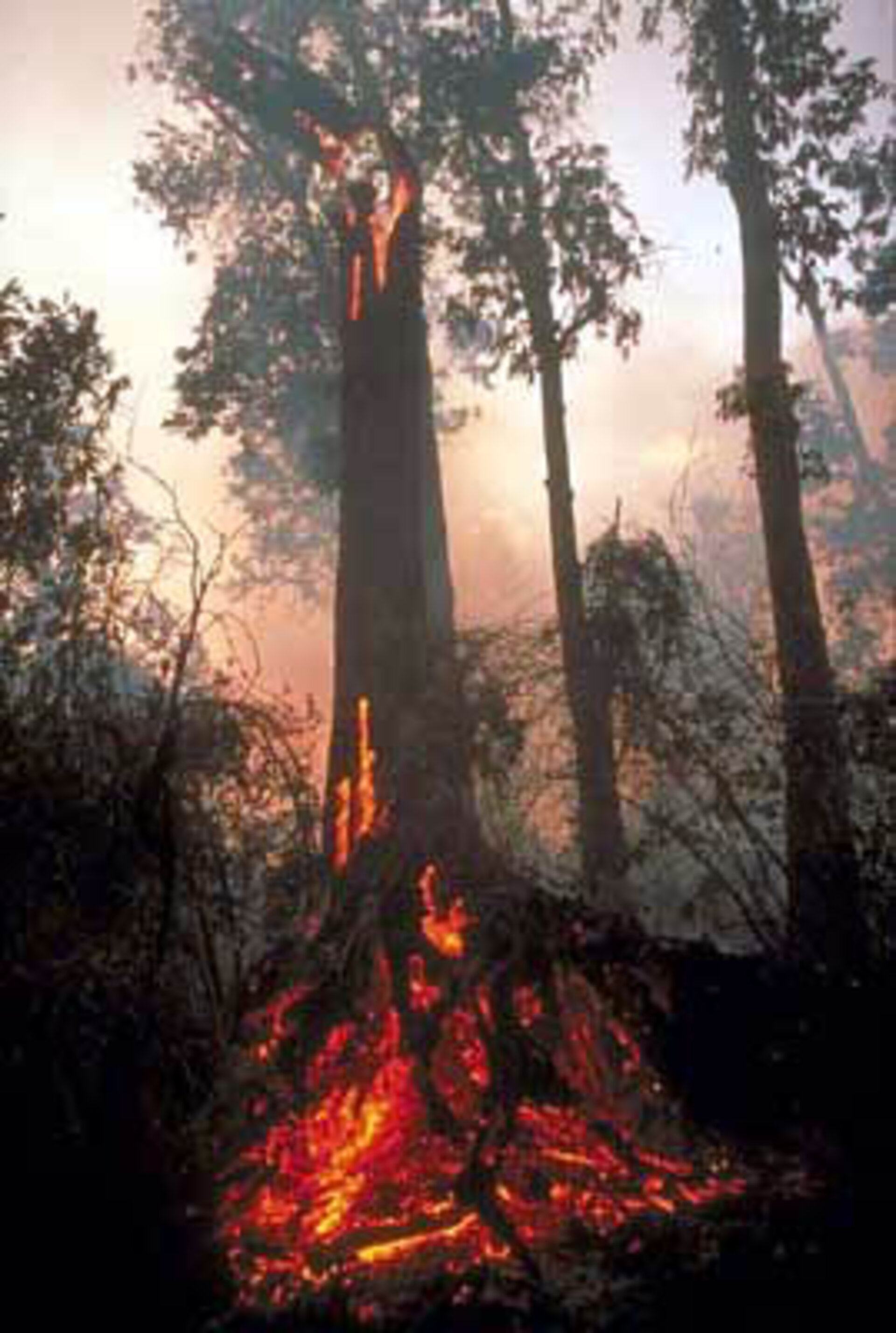 Excessive logging can make forest fires even more devastating, according to a paper published in this week's Nature magazine. Using data from ESA's ERS-2 satellite, a team of scientists from Germany and Indonesia has concluded that the extensive forest fires in Indonesia in 1997-98 damaged recently-logged land much more seriously than virgin forest or land that had been untouched for many years.

The team used satellite photographs and imagery from the ERS-2 synthetic aperture radar (SAR), combined with ground and aerial surveys, to investigate the effects of the forest fires in the East Kalimantan region of the island of Borneo. The 97-98 fires were the result of drought caused by El Nino turning the forests into a dry and flammable tinderbox, needing only a spark to explode into an inferno. The fires were widespread and fierce. "A total of up to 5.2 million hectares was burned", explains Dr Siegert, " just under half of which was forest."

The fires were monitored using the AVHRR radiometers - which can detect 'hot spots' with a resolution of about 1 km - aboard two US National Oceanic and Atmospheric Administration satellites. Hot spot detection showed that the fires began in the Mahakam river basin. The resolution of the radiometer is not high enough to measure the extent of the fires, though, and assess damage, so the team turned to ERS-2 and its SAR. "Optical satellite systems were severely limited by smoke and haze during the fires, and by the cloud and rain that followed the drought," comments Dr Siegert. "The SAR can penetrate clouds and haze."

The team used a technique called difference detection' - essentially comparing details of 'before' and 'after' images looking for changes in the radar signature of the forest below. "Fires destroy plants and foliage, reduce moisture content and open the forest canopy," says Dr Siegert, "which significantly changes the way the forest appears to radar."

"Our analysis showed that in the fire area, 24% of the forest had up to half the trees killed, 42% was severely damaged, with up to 80% of the vegetation killed, and the remaining 36% showed total destruction, with vegetation burned off completely and almost all trees dead," says Dr Siegert. The team then compared their fire map with a land-use map, derived from Landsat TM imagery!.

The team found that selective logging directly contributed to the unprecedented extent of the 1998 fires. Many areas burned in the 1982-83 fires did not recover into fire-resistant tropical rain-forest, and burned once again. Similarly, the fire hazard has greatly increased for areas burned in 1998.

"Unless land-use policies are changed to control logging and to introduce reduced-impact logging techniques, recurrent fires will lead to a complete loss of Borneo's lowland rainforests," concludes Dr Siegert.