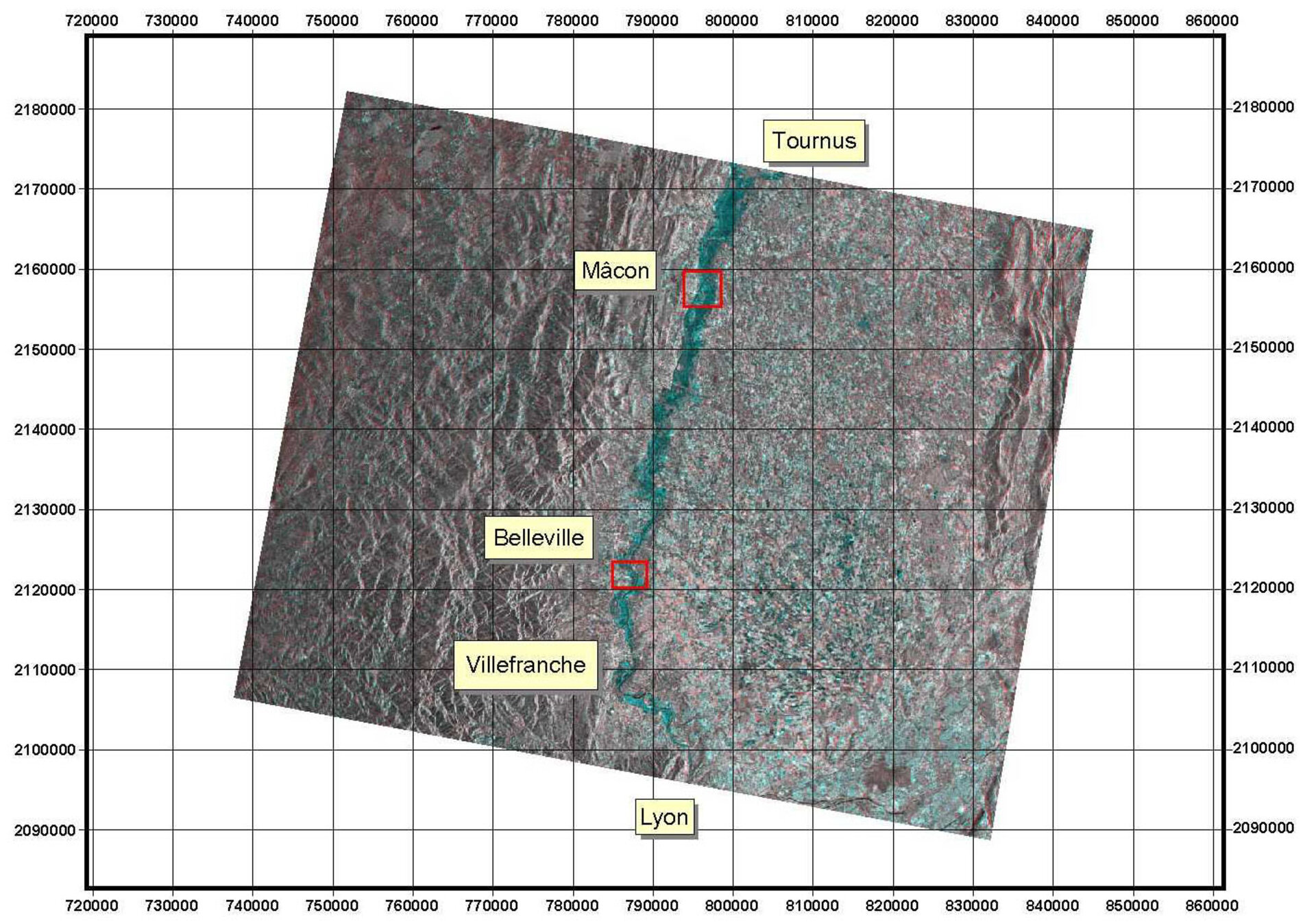 With hundreds of families forced to flee their homes, the floods that have struck France have wrought havoc. Satellite maps, rapidly produced under the International Charter "Space and Major Disasters", have given the civil authorities hit by flooding a synthetic view of the flood over a wide part of the Saône river.

Within 12 hours of satellite data acquisition, a detailed digital map of the flooded areas was on the way to the teams faced with dealing with the swollen river waters. Compared with the 1994 floods, this map will also help assessing prevention and response plans.

All the satellites of the rescue constellation were immediately re-tasked, however the dense cloud cover hampered optical satellite imaging. ESA's ERS-2 was the first satellite "on the scene" - charter signatories have access to data from SPOT, Radarsat and ERS-2 - and radar imaging data was rapidly transferred through the ERS ground segment and processed under a separate "Quick Damage Mapping" contract with SERTIT (a company experienced in emergency flood mapping located in Strasbourg, France) to create a useful map. Radar imaging data is able to distinguish clearly between different types of reflecting surface - forests and farms lands, cities and open water. The synthetic aperture radar (SAR) is able to see through clouds and the cloak of night. By comparing the images gathered by ERS-2 after the flood with reference images created earlier, it was possible to identify the areas of land now covered by water. In the accompanying image, these areas are coloured purple.

"This call to ERS-2 produced results very quickly," comments ESA's Charter co-ordinator Jerome Bequignon. "Thanks to special processing at Matera, and excellent work from our colleagues in the data handling division, the map was available 12 hours after acquisition. Today, the limit on the speed with which we can deliver these products is clearly in getting a satellite in the right place at the right time, not in the time it takes us to retrieve and process the data. Thanks to its agility and wide swath, the Envisat satellite, to be launched in the second half of 2001, will improve significantly our response capabilities".