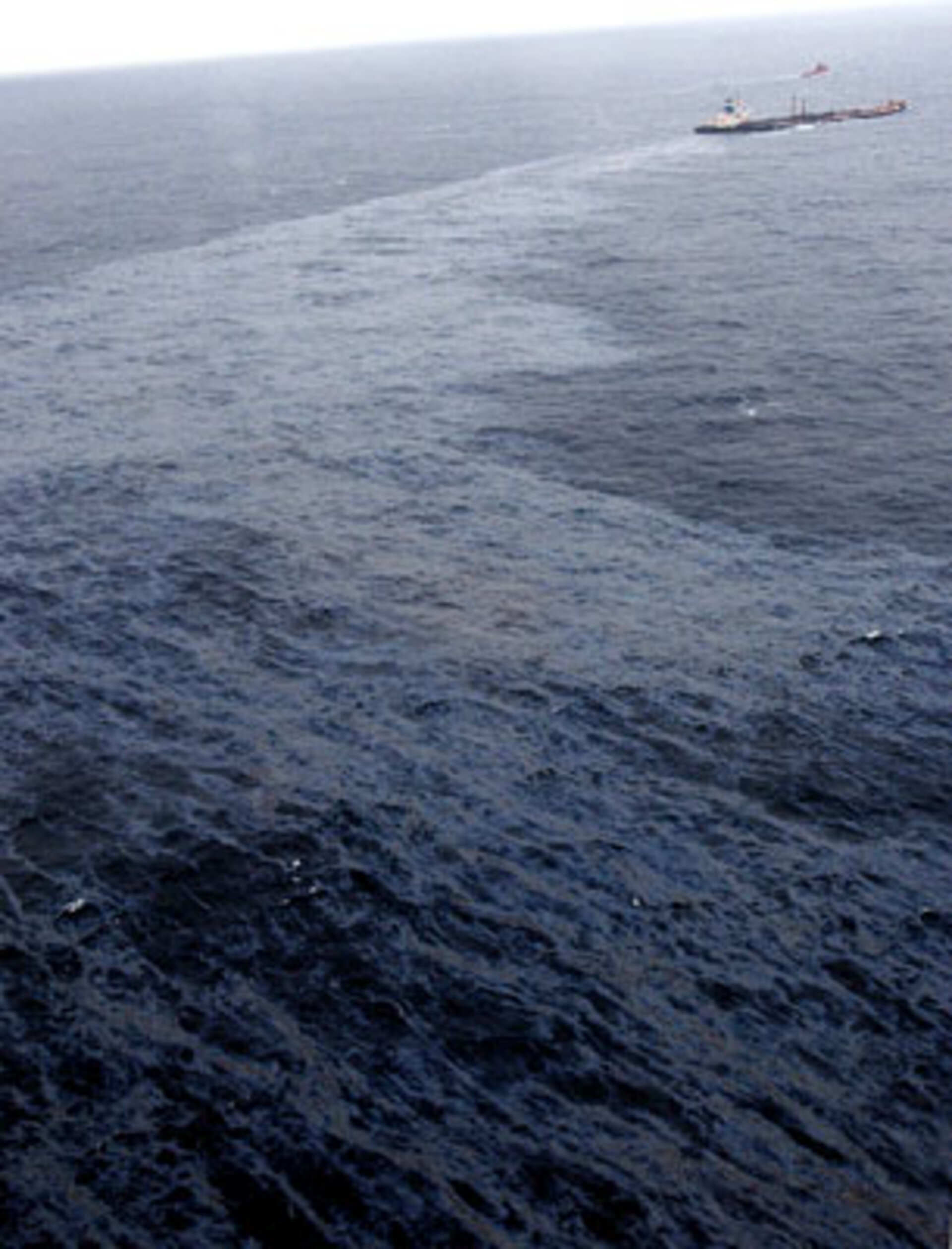 Seen from space, invisible pollution plumes overhang our urban centres and our seas are tainted by oil and chemical leaks.

Today we know our world is too small for such practices: sulphur dioxide emitted from factories and power stations has been shown to acidify lakes half a continent away, and acid rain from the same sources has damaged two thirds of all the trees in Europe. The hinterlands around many cities are often shrouded in traffic-produced smog and respiratory illnesses are on the rise across the developed world.

However sensors looking down on the Earth from space can trace the emission of waste chemicals by industry, power generation and traffic, and follow their subsequent movements through the atmosphere.

Satellite instruments look either downwards or sideways through the atmosphere to detect the chemical signatures of trace gases as well as aerosols, including harmful pollutants such as hydrocarbons, nitrogen oxides, low-level ozone and chlorofluorocarbons.

By combining information acquired from multiple sensors about the vertical and horizontal concentrations of trace gases, three-dimensional pollution maps can be created. Many of these chemicals have the potential to react harmfully with other atmospheric gases, depending on their altitude.

Satellites can identify them across a vertical profile, from ground level to high in the stratosphere, and pinpoint the sources of pollution from the ground, watch it move through the air and see where it ends up.

They have the potential to help enforce international environmental standards, by identifying regional ‘exporters’ and ‘importers’ of worldwide pollution across the world. Already they are enabling real-time air quality warnings of high reliability and precision, for when pollution plumes gather in inhabited areas.

The 71% of our planet covered by oceans have become de facto dumping grounds for a wide range of waste products from human activities: sewage discharged from settlements, chemicals from industry and agriculture, sediments from mining, forestry and farming and oil emissions from both shipping and land based sources.

These sensors are designed to accurately characterise the complex mix of substances, sediments and living and dead phytoplankton that occur in these regions: algorithms have been developed that convert water's optical properties into a reliable guide to its contents. The presence of particular phytoplankton species can be even confirmed via signature chlorophyll pigments.

Some 4.5 million tonnes of oil make it into the ocean every year, impacting water quality and marine and coastal ecologies.

In our oil-based civilisation the majority of supplies are transported by sea, so some accidents are inevitable. But tanker sinkings and oil platform accidents account for only 7% of total pollution. The largest single cause is deliberate dumping at sea during tanker cleaning, followed by discharges from the land.

International law forbids such deliberate pollution, but laws require policing. Earth observation radar instruments are very good at identifying oil slicks across a wide area, as oil has a lower surface roughness than the water it floats on. Slicks as small as 0.1 square kilometres in area can be detected reliably.

Europe plans to completely eliminate oil pollution in its waters by 2020, with Earth observation a vital part of the strategy to achieve this. Satellites can both deter polluters and also give authorities early warnings of accidental slicks: for instance, Envisat's Advanced Synthetic Aperture Radar (ASAR) showed the full extent of the double-necked oil spill that resulted from the Prestige disaster in November 2002.