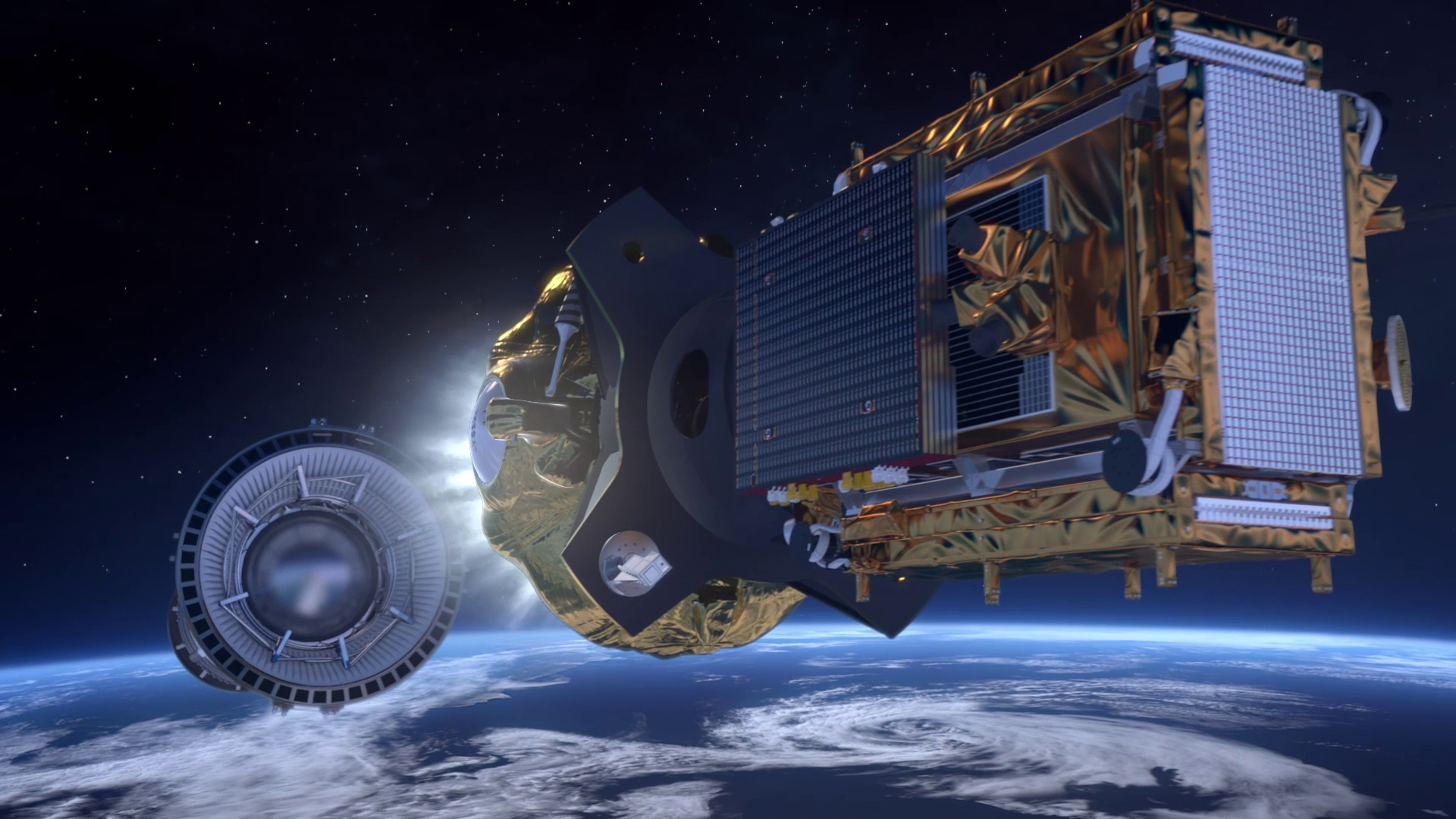 Following liftoff on 25 April from Europe’s Spaceport in French Guiana, Sentinel-1B has opened its large solar wings and radar antenna.

The pair covers the whole planet every six days for services that are providing a step change in the way our environment is managed.

Each satellite carries an advanced radar that images Earth’s surface through cloud and rain, whether it is day or night.

After its launch, Sentinel-1B has followed a carefully planned sequence over 10 hours to open its large radar antenna and solar wings.

During ascent, the satellite’s 12 m-long radar antenna and two 10 m-long solar wings were folded up to fit into the Soyuz rocket’s protective fairing.

They opened together in a specific sequence, which also allowed power from the solar panels to be available as soon as possible, so that the satellite no longer depends on batteries.

ESA’s Sentinel-1 project manager, Ramón Torres, said, “The launch meant that we were able to forget the disappointment of the delays of the last few days in the blink of an eye.

“We had a long night, staying awake to make sure the radar and solar panels deployed properly after the satellite had separated from the rocket. All of this was commanded by the team at ESA’s mission control in Germany.

“The deployment is particularly complicated because of the sizes involved but all went well and the teams and I are extremely happy that we now have two Sentinel-1 satellites safely in orbit.”