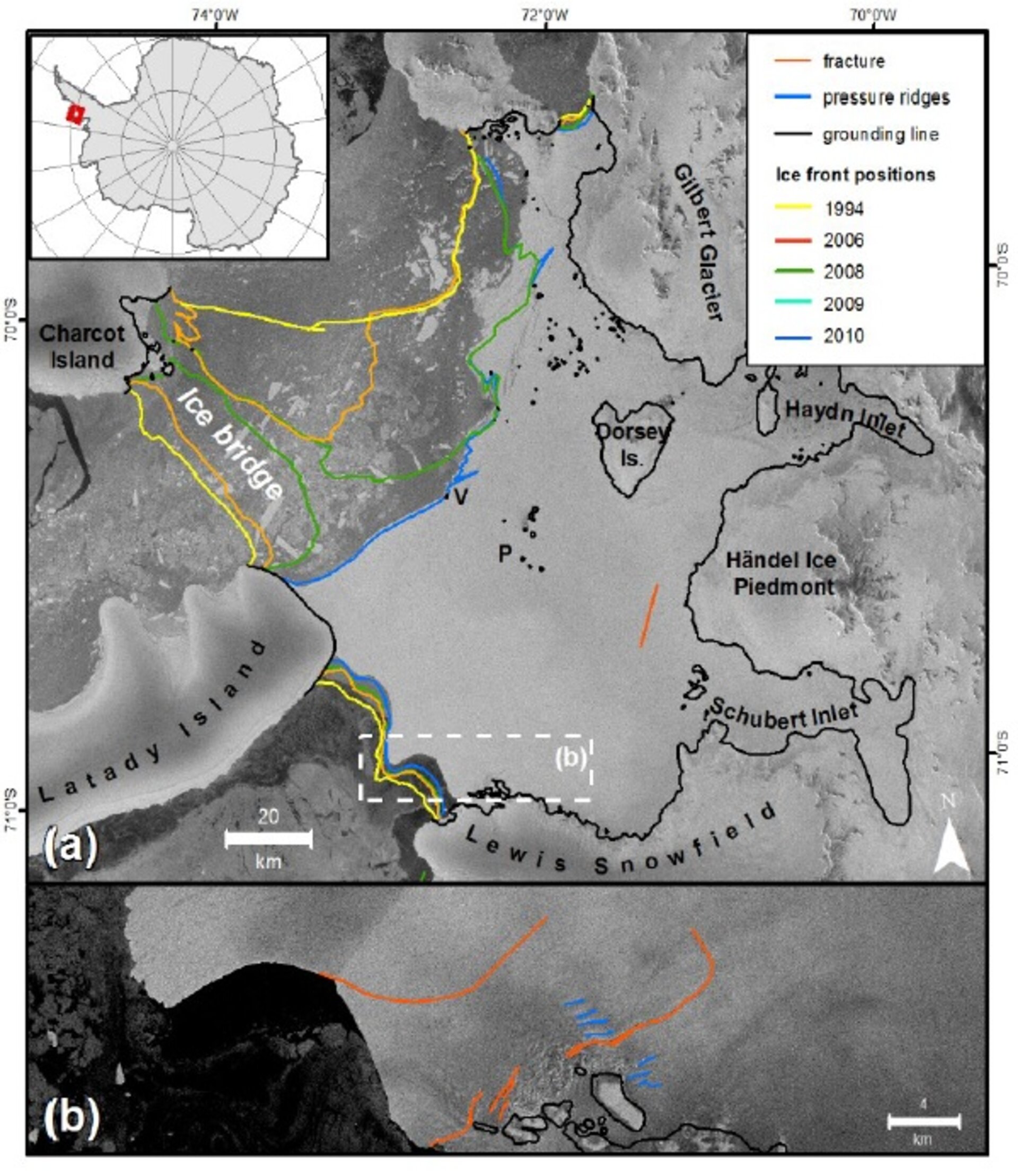 Since the launch of the first Earth-observing satellites in the 1970s, numerous missions from international space organisations have taken to the sky. Today, decades of data are helping scientists to build a better picture of changes to our planet.

Between 2008 and 2009, a 750 sq km-area of ice in the northern Antarctic – known as the Wilkins Ice Shelf – partly disintegrated. At the time, ESA’s Envisat satellite monitored the event with the help of the DLR German Aerospace Center’s TerraSAR-X mission.

While the event itself made headlines, scientists got to work studying the ice’s behaviour before the break-up and continued to monitor the area for years afterward.

In a study published recently, a team of researchers from the German university Erlangen-Nürnberg examined data dating back to 1994 from the ERS mission to map the ice speed on the Wilkins Ice Shelf up through 2010 using Envisat, TerraSAR-X and Japan’s ALOS.

Measuring the speeds over different periods, the team discovered that while very stable in the mid-1990s, the major ice-front retreat in 2008 greatly affected upstream ice-shelf areas, causing an increase. This suggests that the area of ice lost was responsible for restraining upstream ice.

But in order to monitor changes in ice – or any other climate variables such as sea levels, greenhouse gases or land cover – over long periods, it is imperative that there are no gaps in the data.

ESA’s archives date back to the 1980s and include not only information from ESA’s own satellites, but also data from international missions.

Access to information from different satellites carrying similar sensors allows scientists to obtain a more complete picture of an area of interest. For example, Envisat continued to monitor the Wilkins Ice Shelf until its mission ended in 2012, but Germany’s TerraSAR-X, Canada’s Radarsat and Italy’s Cosmo-SkyMed continued to collect data over the area.

Within ESA’s Third Party Mission programme, access to data from these and other missions are available to the worldwide scientific community at no cost, following the submission of a project proposal.

As with any technology, formats change over time. Data from Envisat or the even older ERS radar mission is not identical to those from Sentinel-1. ESA is addressing this issue through the Long Term Data Preservation Programme, which ensures that both old and new satellite data and associated information are properly preserved and available for scientists, policy-makers and value-adding companies.