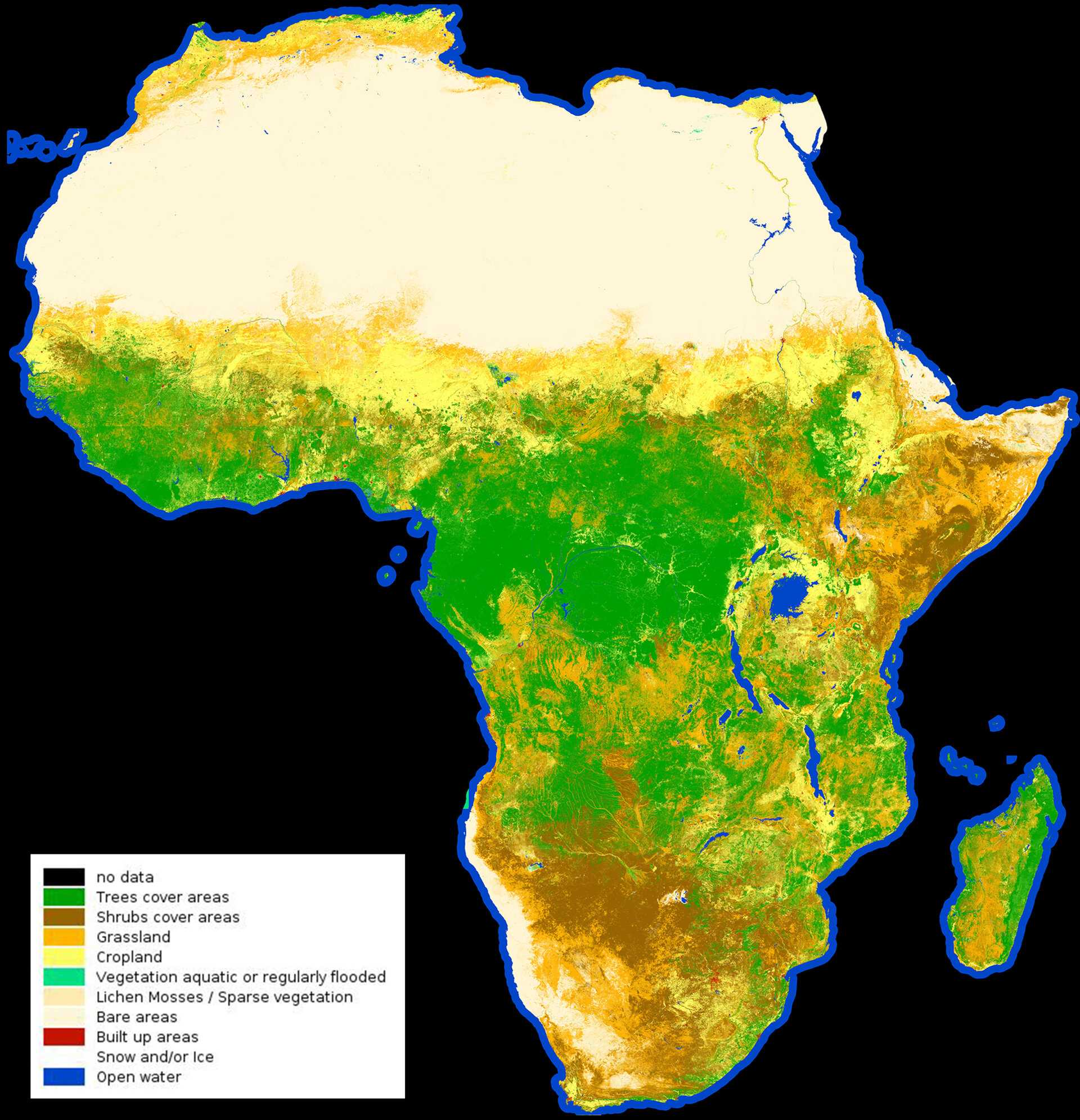 From the barren Sahara to lush jungles, the first high-resolution map classifying land cover types on the entire African continent has been released. The map was created using a year’s worth of data from the Sentinel-2A satellite.

At a resolution of 20 m per pixel, you can now explore African’s diverse landscapes from grasslands to croplands, water bodies to deserts.

Land-cover mapping breaks down the different types of material on Earth’s surface. This information is important for understanding changes in land use, modelling climate change extent and impacts, conserving biodiversity and managing natural resources.

The map released this week comprises 180 000 Sentinel-2A images representing 90 terabytes captured between December 2015 and December 2016. Considering the size of the map – about six gigabytes – a web interface was developed to visualise the data.

The map was developed under ESA’s Climate Change Initiative (CCI) Land Cover project, and users are invited to provide their feedback on the new map through an online form.

“The prototype high-resolution land cover map at 20m over Africa is an impressive demonstration of the Sentinel-2A data availability and of the present capabilities for the processing of such huge volumes of data,” said Frédéric Achard from the Joint Research Centre.

“The community dealing with land resources in Africa will surely look forward with great interest to this prototype and to its future development.”

ESA has been coordinating global land cover maps since 2002 through its GlobCover and CCI Land Cover projects at a resolution of 300 m. While the latest map of Africa is based on observations from one of the twin Sentinel-2 satellites, the launch of Sentinel-2B in March has put the possibility of a global map at 10 m within reach.

The pair of Sentinel-2 satellites offer ‘colour vision’ for Europe’s Copernicus programme. They each carry a multispectral imager with 13 spectral bands that can be used for agricultural and forestry practices and for helping manage food security. Satellite images can be used to determine various plant indices such as leaf area chlorophyll and water content.