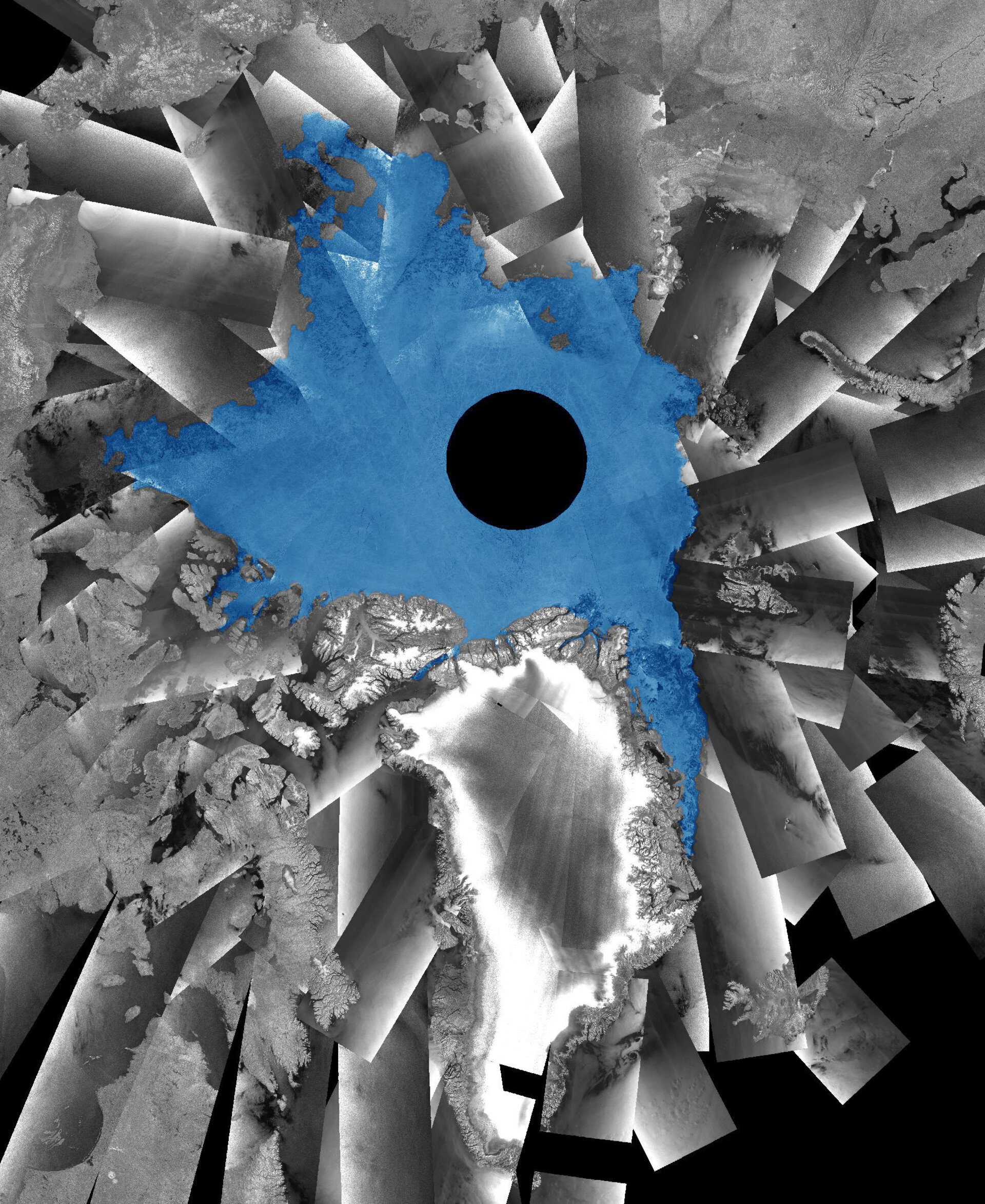 A new record low could soon be set for ice in the Arctic. The past five years have seen the lowest extent of sea ice since satellite measurements began in the 1970s.

Earth observing satellites make it possible to measure the amount of sea ice in inaccessible areas such as the Arctic.

This year, the extent of Arctic sea ice is comparable to the record low set in 2007.

According to scientists at the University of Bremen in Germany, sea ice extent in early September has dropped below even that record.

Their maps are based on observations made by Japan’s microwave sensor on NASA’s Aqua satellite.

According to other teams, like the US National Snow and Ice Data Center, the 2007 record has not yet been reached but is very close.

International teams use various methods to measure sea ice based on different satellite observations, but the slight differences in their results are trivial.

“It seems to be clear that this is a further consequence of the man-made global warming with global consequences,” said Dr Georg Heygster from the University of Bremen.

“Directly, the livelihoods of small animals, algae, fish and mammals – like polar bears and seals – are further reduced.”

Scientists had been anticipating this year’s potential for a new record because satellites have seen the rare occurrence of two major shipping routes in the Arctic Ocean open simultaneously in August – indicating a significant reduction in sea-ice cover.

During the last 30 years, satellites observing the Arctic have witnessed a halving of the minimum ice extent at the end of summer from around 8 million sq km in the early 1980s to 2007’s historic minimum of just over 4 million sq km.

Sea ice can be measured by different types of satellite data. Radars on satellites such as ESA’s Envisat can acquire high-resolution images through clouds and darkness. This is particularly useful when observing the inaccessible Arctic, which is also prone to long periods of bad weather and extended darkness.

ESA’s CryoSat ice mission, launched in April 2010, is also helping our understanding of how the thickness of sea ice is changing.

Once we have several years of CryoSat measurements, it will be possible to detect precise changes.

ESA’s SMOS mission is providing complementary information on sea-ice cover and the thickness of thin ice.

Observations from space greatly assist in understanding and managing climate change. Measurements over long periods provide a reliable long-term record of Earth’s climate and improve our understanding of the changing planet.

Combined with data from new missions, this information is used to produce new, verified information on a wide range of climate variables, including sea-ice extent and thickness.

The GMES Global Monitoring for Environment and Security programme is keeping an eye on Arctic ice coverage through its Polar View project.