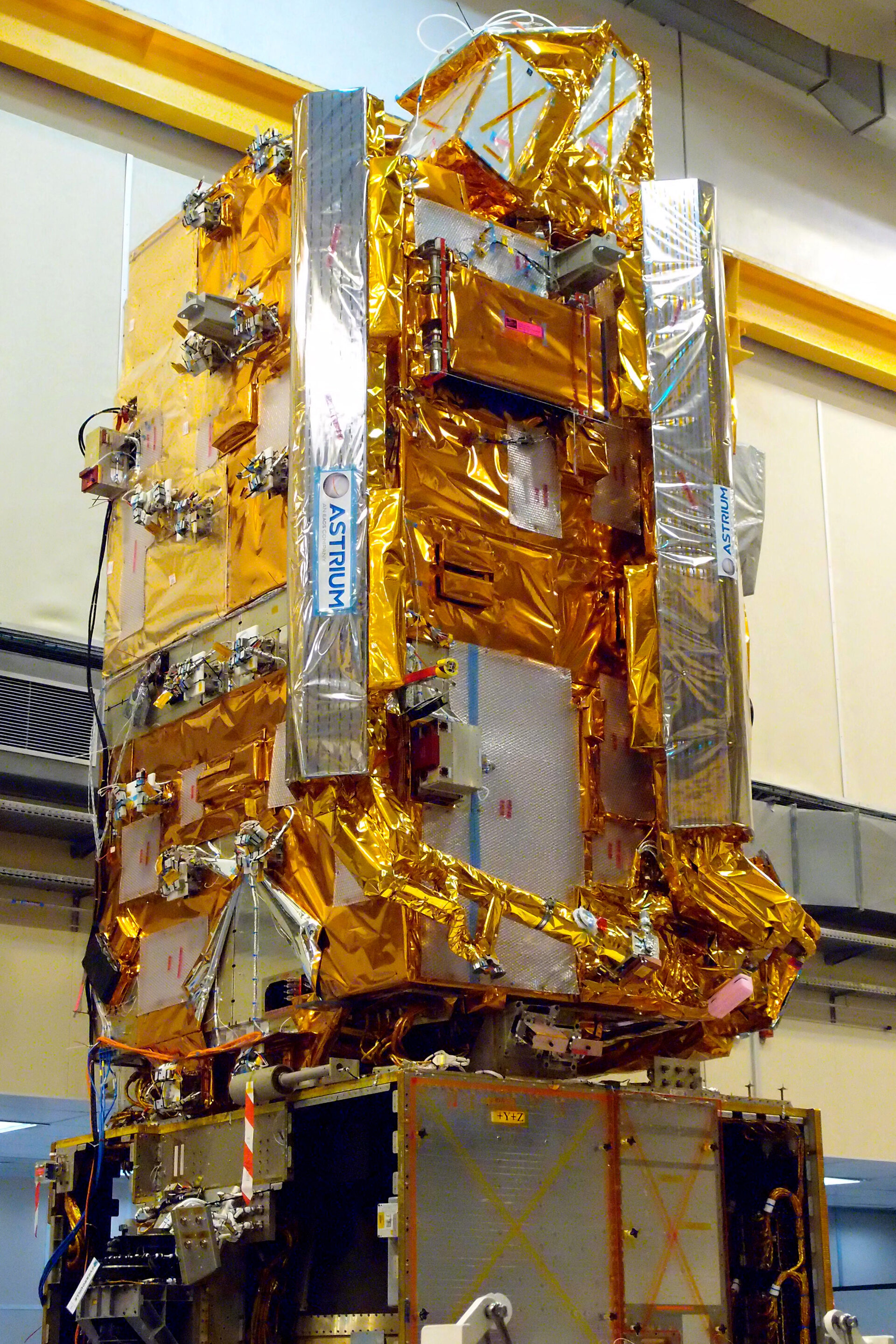 International partners are looking ahead to Europe's second polar-orbiting mission dedicated to operational meteorology – MetOp-B is set for launch next May.

The first satellite in the series, MetOp-A, was launched in 2006. It continues to collect data on Earth’s temperature, humidity, wind speed, ozone and trace gases such as carbon dioxide, nitrous oxide and methane.

In six months’ time, MetOp-B will be launched to operate in tandem, guaranteeing the continuous delivery of high-quality data for medium- and long-term weather forecasting and climate monitoring for years to come.

The future MetOp-C will be the third and final satellite in the series, due for launch in 2016.

The programme is a joint venture by ESA and Eumetsat, the European Organisation for the Exploitation of Meteorological Satellites.

On Monday, MetOp builder Astrium hosted a media event on the mission in Toulouse, France.

At the event, Director of ESA’s Earth Observation Programmes, Volker Liebig, gave a presentation on MetOp, praising the cooperation between ESA and Eumetsat in developing the satellites and their instruments.

“With the development of MetOp-B, ESA has another complex space mission available that we will hand over to Eumetsat,” he said.

“This confirms, once more, the excellent collaboration between our institutions and will ensure further delivery of information for improved weather prediction while also contributing data to climate change modelling and research.”

Prof Liebig commended the collaboration with the US NOAA National Oceanic and Atmospheric Administration, NASA, the French space agency CNES and the Canadian Department of National Defence, as well as the more than 50 European industries that have worked on the mission.

The Eumetsat Director-General, Alain Ratier, noted the many benefits of the MetOp mission, especially for safety, agriculture, energy, climate policy and environment protection.

The presentations were followed by a visit to Astrium’s cleanroom, where the satellite is currently being held.

In the coming months, ESA’s ESOC operations centre in Germany will test its readiness for the launch and early orbit phase.