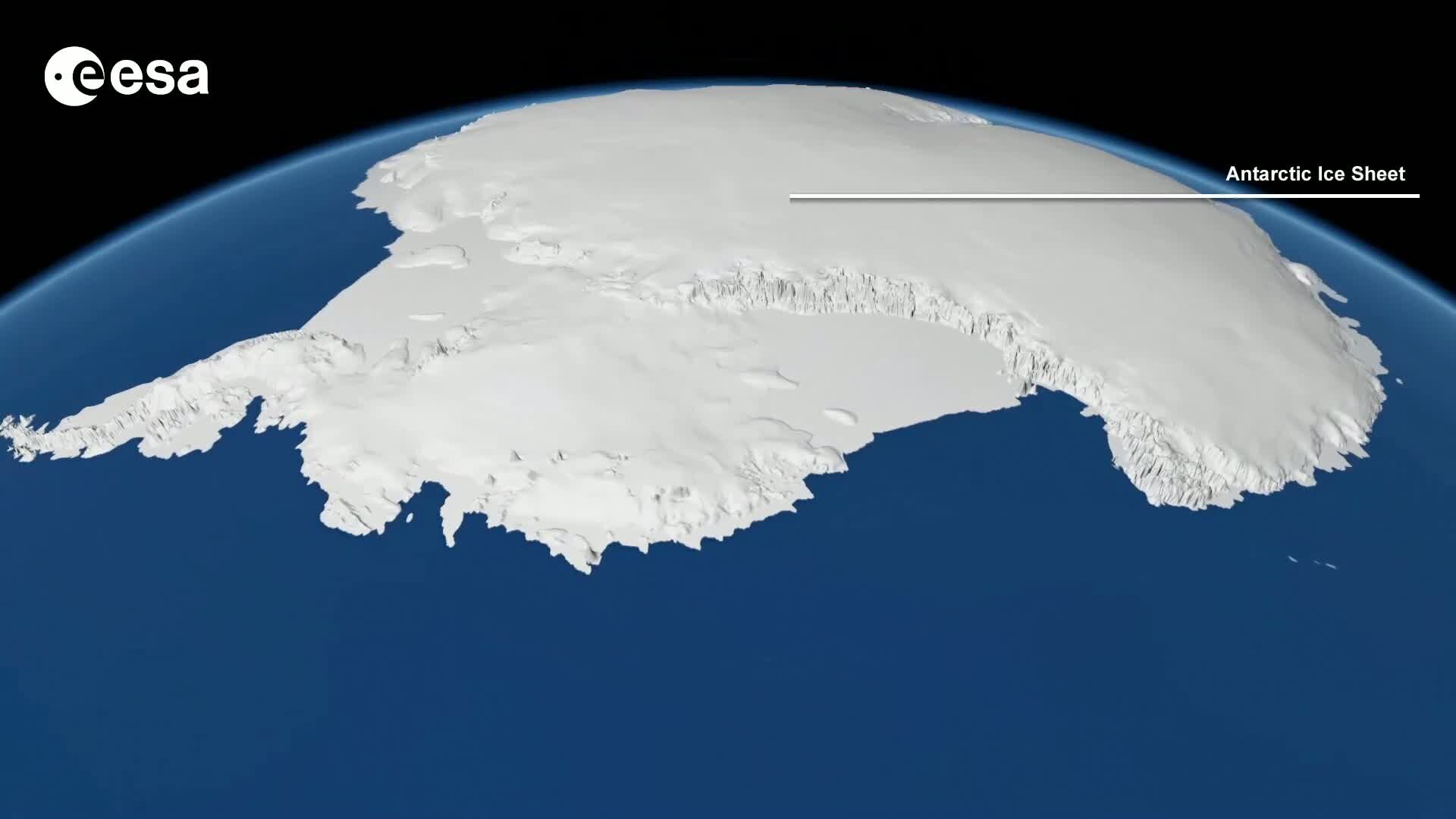 After two decades of satellite observations, an international team of experts brought together by ESA and NASA has produced the most accurate assessment of ice losses from Antarctica and Greenland to date. This study finds that the combined rate of ice sheet melting is increasing.

The new research shows that melting of the Antarctic and Greenland ice sheets has added 11.1 mm to global sea levels since 1992. This amounts to about 20% of all sea-level rise over the survey period.

About two thirds of the ice loss was from Greenland, and the remainder was from Antarctica.

Although the ice sheet losses fall within the range reported by the Intergovernmental Panel on Climate Change in 2007, the spread of the estimate at that time was so broad that it was not clear whether Antarctica was growing or shrinking.

The new estimates are a vast improvement – more than twice as accurate – thanks to the inclusion of more satellite data, and confirm that both Antarctica and Greenland are losing ice.

The 47 experts combined observations from 10 different satellite missions to reconcile the differences between dozens of earlier ice sheet studies and produce the first consistent measurement of polar ice sheet changes.

Earth observation satellites are key to monitoring the polar ice because they carry instruments that measure changes in the thickness of the ice sheets, fluctuations in the speed of the outlet glaciers and even small changes in Earth’s gravity field caused by melting ice.

As outlined in the paper ‘A Reconciled Estimate of Ice Sheet Mass Balance’ published today in Science, the researchers carefully matched time periods and survey areas, and combined measurements from European, Canadian, American and Japanese satellites.

The measurement were acquired by instruments such as the radar altimeters and synthetic aperture radars flown on ESA’s ERS-1, ERS-2 and Envisat missions from 1991.

“The success of this venture is due to the cooperation of the international scientific community, and to the provision of precise satellite sensors by our space agencies,” said Professor Andrew Shepherd from the University of Leeds and one of the leaders of the study.

“Without these efforts, we would not be in a position to tell people with confidence how Earth’s ice sheets have changed, and to end the uncertainty that has existed for many years.”

The study also found variations in the pace of ice sheet change in Antarctica and Greenland.

“The rate of ice loss from Greenland has increased almost five-fold since the mid-1990s.

“In contrast, while the regional changes in Antarctic ice over time are sometimes quite striking, the overall balance has remained fairly constant – at least within the certainty of the satellite measurements we have to hand,” said co-leader of the study Dr Erik Ivins from NASA’s Jet Propulsion Laboratory.

The Ice Sheet Mass Balance Inter-comparison Exercise is a collaboration between 47 researchers from 26 laboratories, supported by ESA and NASA.

Europe’s Global Monitoring for Environment and Security programme will continue to monitor changes in the polar ice sheets during the coming decades, with the SAR and radar altimeter sensors on the Sentinel-1 and Sentinel-3 satellite series, scheduled to be launched from 2013 onwards.