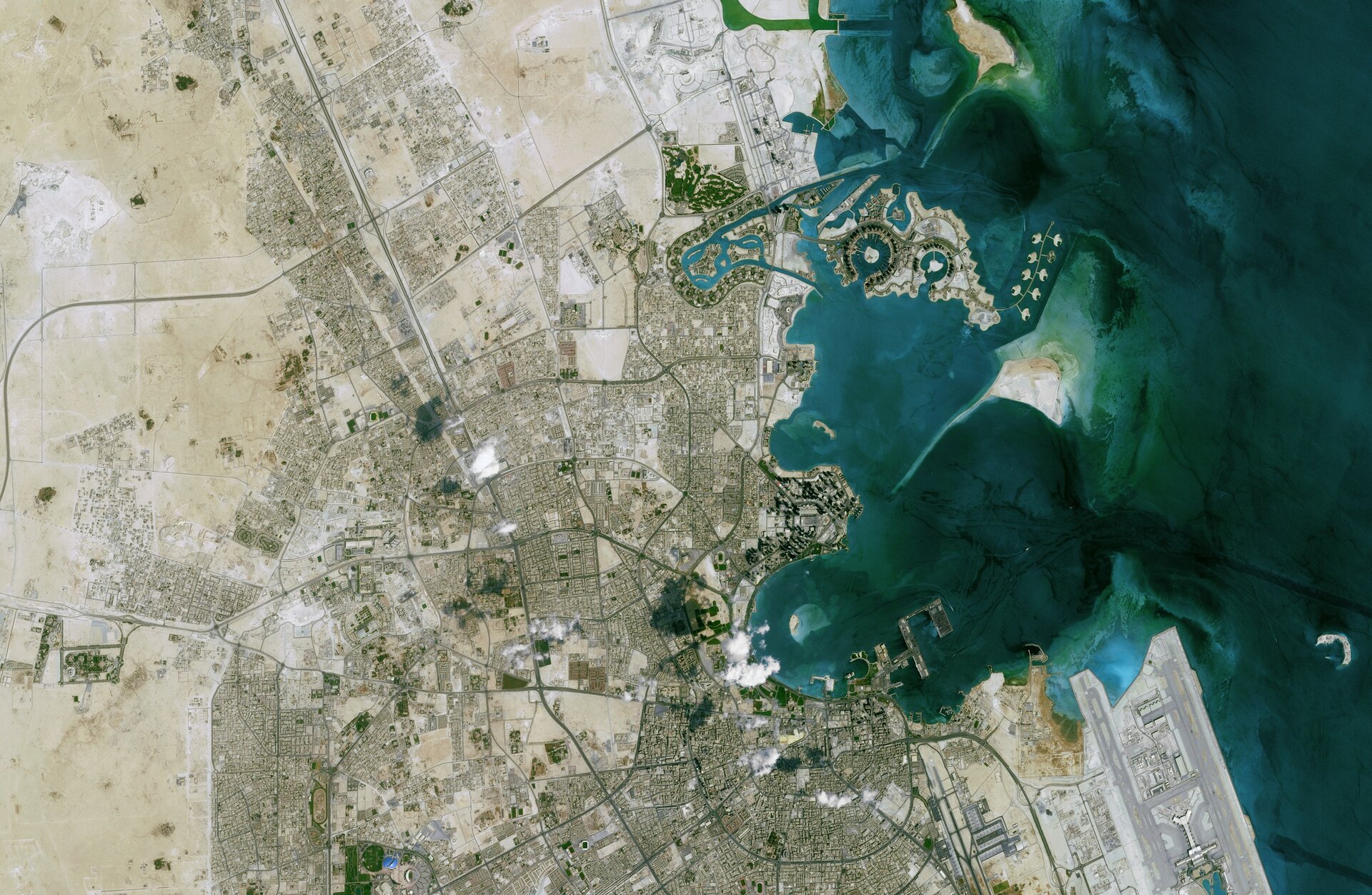 ESA joined international delegates in Doha, Qatar, to discuss how satellite observations show our planet’s most sensitive areas reacting to climate change – and how this information is useful to the people living there.

After almost two weeks of talks and negotiations, the UN Climate Change Conference has entered its final phase, when countries are represented mainly by their Ministers of Environment.

During the first week of the ‘COP 18’ Conference of the Parties, ESA held ‘The Shrinking Ice’ side meeting chaired by the Director of the World Climate Research Programme, Ghassem Asrar, on monitoring and adapting to change in the cryosphere.

Speakers at the event included Frank Paul from the University of Zurich and a lead scientist for ESA’s Climate Change Initiative (CCI) on glaciers, René Forsberg from DTU Space and lead scientist for CCI on ice sheets, and Jimmie Qaapik, a teacher at the Nunavut Arctic College in Canada.

The cryosphere is the part of the world where snow and ice is formed, such as the Arctic and Antarctic – home to glaciers, ice sheets and sea ice. These areas are extremely sensitive, and can provide early indications of climate change.

“Glaciers do not react to short-term fluctuations of the weather, they react to long-term changes in climate,” said Frank Paul.

Satellites can help us to monitor and understand changes in polar ice because they carry instruments that measure changes in the thickness of the ice sheets, fluctuations in the speed of the outlet glaciers and even small changes in Earth’s gravity field caused by melting ice.

Radars on Earth observation satellites are particularly suited to monitoring polar regions because they can acquire images through clouds and darkness.

Data from satellites, together with in-situ information, can also assist people living in polar regions to adapt to the changes occurring in their surroundings.

Jimmie Qaapik says that climate change is affecting the daily lives of Inuit communities in the high latitudes of Canada, but they are adapting to these changes with the help of new technology.

“During the dark season and after storms, radar images are a necessity: they allow us to safely navigate through smooth and rough ice and tell us where the floe edge is.

“We now know better and faster what happened to the ice. This is important also for fishing, hunting and getting drinking water. This technology keeps us safe.”

Since the launch of Meteosat-1 in 1977, ESA has kept close watch on the global climate with its Earth observation missions. It continues to play a major role in studying and monitoring climate variation with satellites dedicated to the environment.

These satellites include the ERS satellites, Envisat, the Earth Explorers and the five Sentinel missions planned within the Global Monitoring for Environment and Security (GMES) programme.

Continuing and sustaining systematic observations from space are important to monitor our effect on the climate. Europe is investing in these observations with the GMES programme and Sentinel satellites, which will provide free and open data for further research.

ESA began to work with the UN Framework Convention on Climate Change (UNFCCC) in 2001 and has been present at the UNFCCC Conferences of Parties since 2002.