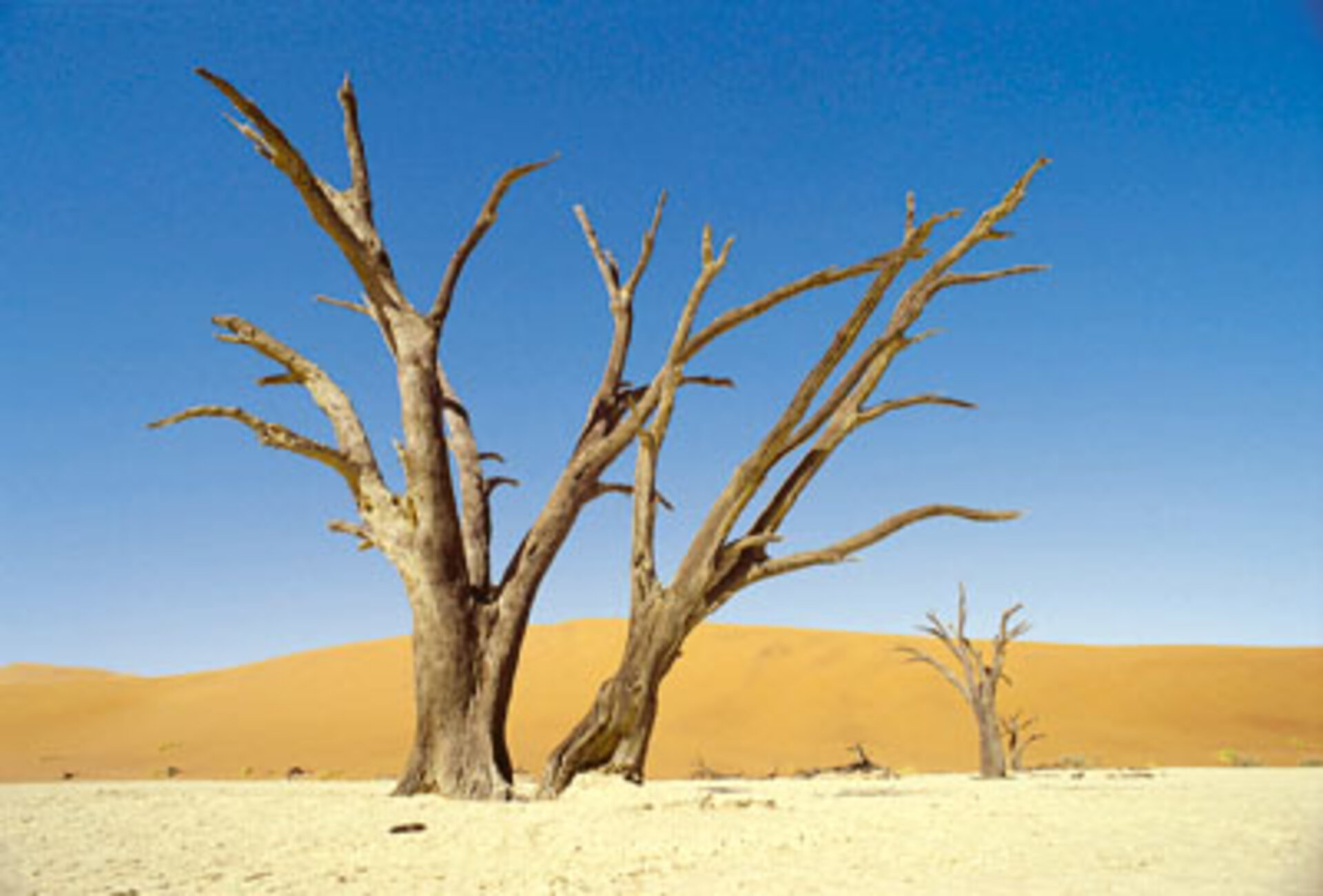 Desertification – the degradation of land in arid areas due to either human activities or climate variation - is a major social, economic and environmental problem.

Covering more than a third of the world's land area, dryland ecosystems are extremely vulnerable to over-exploitation and inappropriate land use such as deforestation, overgrazing and badly planned irrigation systems. Gradually, soil looses its productivity and the vegetation cover thins out. In the worst cases, topsoil that has built up for hundreds of years can be blown or washed away in a few seasons.

The United Nations estimates 250 million people are currently affected by desertification, with up to a billion people at future risk, including many of the world's poorest and most marginalised citizens.

Combating desertification is essential to ensure the long-term productivity of inhabited drylands. But it is a regional problem that does not respect boundaries and requires supra-national action to remedy it.

Recognising the need for urgent and shared action, the United Nations adopted, in Paris in June 1994, a Convention to Combat Desertification (UNCCD), which entered into force in December 1996. Over 190 countries are now Parties to the Convention.

The UNCCD works for the development of national and regional action programmes by national governments in co-operation with international organisations and funding agencies with the main objective to combat desertification and to mitigate the effects of drought, particularly in the African Sahel.

And by measuring local ground subsidence down to a scale of a millimetres, satellites can even help identify which underground dryland aquifers are running dry.

This combination of different data sources represents a core of novel information services that can provide governments with tools for identifying the main pressures on the environment. They can be used to identify the root causes of land degradation, assess the vulnerability of different areas, and establish plans to prevent desertification.