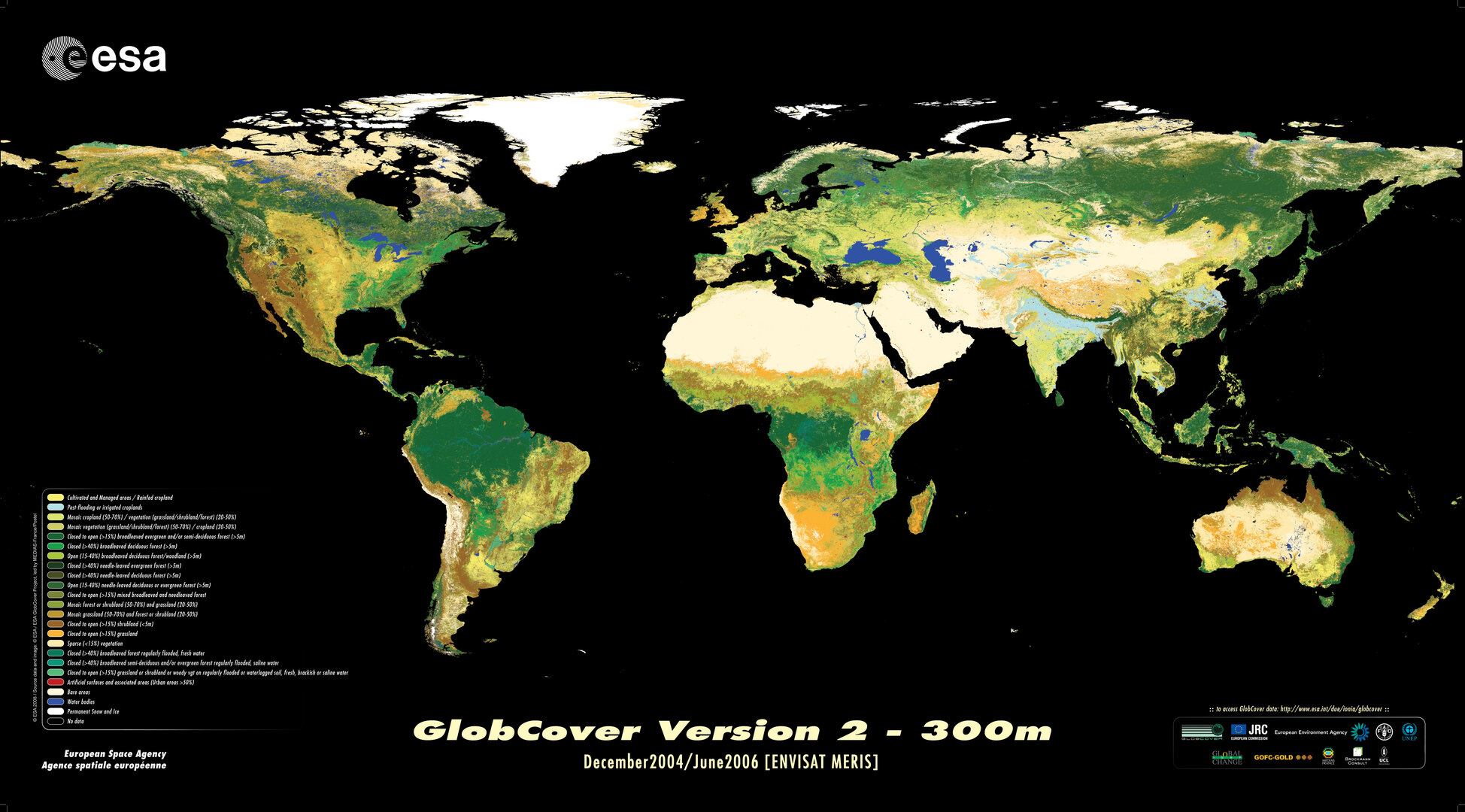 ESA’s global land cover map, which is ten times sharper than any previous global satellite map, is now available to the public online from the GlobCover website. It is the highest resolution land cover map that has been completely validated ever released.

The map was generated using 19 months worth of data from Envisat’s Medium Resolution Imaging Spectrometer (MERIS) instrument working in Full Resolution Mode to provide a spatial resolution of 300 m. Data were collected between December 2004 and June 2006.

These data are useful for many applications, including modelling climate change extent and impacts, conserving biodiversity and managing natural resources. The map has been downloaded by more than 4 000 people since October 2008.