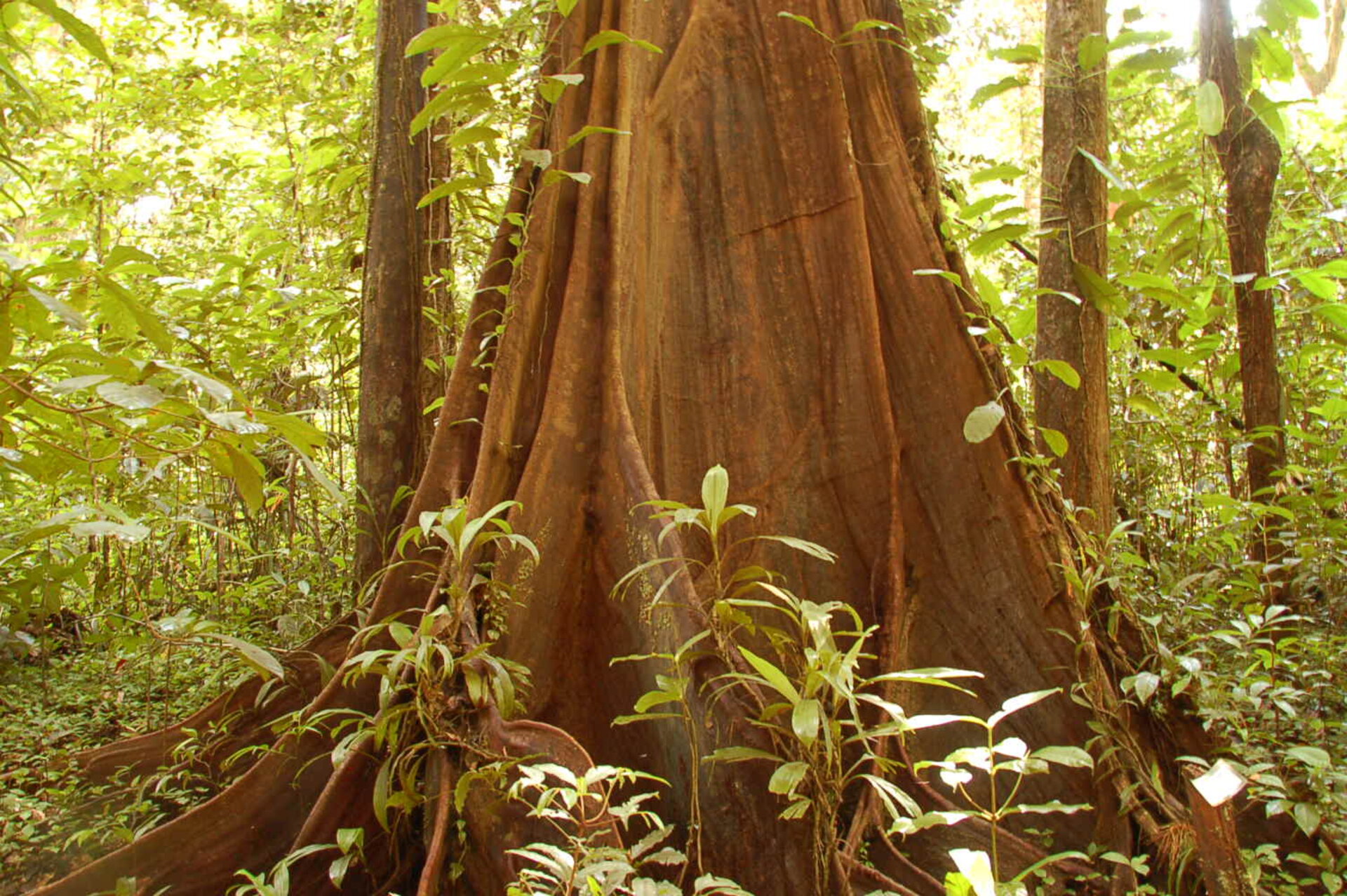 Tropical rainforests play a crucial role in Earth's carbon cycle by absorbing carbon from the atmosphere and storing it in biomass. However, mapping these carbon stocks from space poses a huge technical challenge. An airborne campaign, being carried out in South America, is showing how spaceborne radar could be an answer.

In order to improve our understanding of the carbon cycle, more accurate estimates of forest biomass, which represents a proxy for stored carbon, are needed. Tropical forests play an important role in the terrestrial carbon budget by absorbing huge amounts of carbon from the atmosphere through photosynthesis and sequestering it as biomass. These regions are, however, also subject to high rates of deforestation, which then releases the carbon back into the atmosphere.

Tropical forest biomass and its distribution across the world are currently poorly known. Since tropical regions are often covered by clouds and therefore at times inaccessible to optical sensors, it is difficult to assess these carbon stocks from space. In addition, forests are highly complex in structure and the large trees and dense canopy greatly complicate the generation of biomass maps from satellite images.

Appropriately, how best to map tropical forest biomass from space using radar is the focus of ESA's Tropisar airborne campaign. The campaign is currently being carried out, in collaboration with French space agency CNES, in French Guiana, South America. By providing answers to this crucial question, the campaign is helping to address one of the key objectives of ESA's candidate Earth Explorer mission BIOMASS.

The main objective of the BIOMASS mission is to provide consistent global estimates of forest biomass, its distribution and changes over time. In this manner, the mission is expected to greatly improve our knowledge of carbon stored in forests, and better quantify the carbon fluxes to and from the atmosphere from land. To reach this goal, the mission, if selected for implementation, would exploit the longest radar wavelength available to Earth observation – P-Band and its unique sensitivity to forest biomass.

An airborne radar system called Sethi is central to the Tropisar campaign. Built and run by the French Office National d'Ėtudes et de Recherches Aérospatiale (ONERA), it is flown on a Mystere-20 jet. As Pascale Dubois-Fernandez, who is managing the campaign for ONERA, explains, "We use our Sethi instrument during the campaign to acquire radar images over the tropical rainforest. The images have the same characteristics as those that could be acquired by the radar sensor proposed for the candidate BIOMASS satellite and provide a first glimpse of the mission's potential in tropical regions."

Olivier Ruault du Plessis also from ONERA and responsible for the development of SETHI adds, "The campaign is hard work and my team is operating under very difficult conditions. Installing calibration devices for Sethi outside in the humidity and heat, not to mention dealing with the mosquitoes, is challenging, to say the least."

Following each flight over the rain forest, the processing of roughly 500 gigabytes of data into radar images is started on the ground. The first task is to control data quality, which is crucial to the success of the flight, but also to start interpreting what the radar actually 'sees' on the ground."

Thuy Le Toan, from the Centre d'Etudes Spatiales de la Biosphère (CESBIO) and member of the ESA Mission Advisory Group for BIOMASS comments, "To better estimate global forest biomass and associated carbon stocks with the BIOMASS mission we will need to transform the raw radar images into actual forest biomass maps. The Tropisar campaign provides a unique dataset that will allow us to research and eventually identify the best methods to accomplish this for tropical forests."

Sometimes overlooked, but crucial to the success of the activity, are measurements taken on the ground. These are used to interpret the radar images and evaluate methods for generating radar-based maps of forest properties. Biomass measurements are especially difficult in tropical forests due to the huge and sometimes bewildering diversity of tree types and structures. There is also the added difficulty of accessing the dense forests and working in the hot and humid climate.

Jérôme Chave, a member of Ecologie des Fôrets de Guyane and expert in tropical forest biomass estimation, adds "French Guiana represents an ideal site for such a campaign because we can build on long-standing efforts in the region to measure forest properties with the help of the many different organisations here."

In total, it is expected that approximately
3.5 million gigabytes of radar data will have been collected during the campaign. The last flight of the Tropisar campaign is planned for 1 September. After this, the data will be processed by experts at ONERA in France and analysed by the Tropisar team.

"If all goes well," adds Malcolm Davidson, Head of ESA's Campaign Section, "the first results of the campaign will be presented to ESA by the end of the year and used to better guide parallel work being done by European industry on the BIOMASS mission."

BIOMASS is one of three candidate Earth Explorer missions that were selected this year to undergo feasibility study. Campaign activities are also planned for the CoReH2O mission, which aims to observe snow and ice for a better understanding of the water cycle, and the PREMIER mission, which aims to observe atmospheric composition for a better understanding of chemistry-climate interactions. The eventual selection of one of these three candidates will lead to the launch of ESA's seventh Earth Explorer mission.