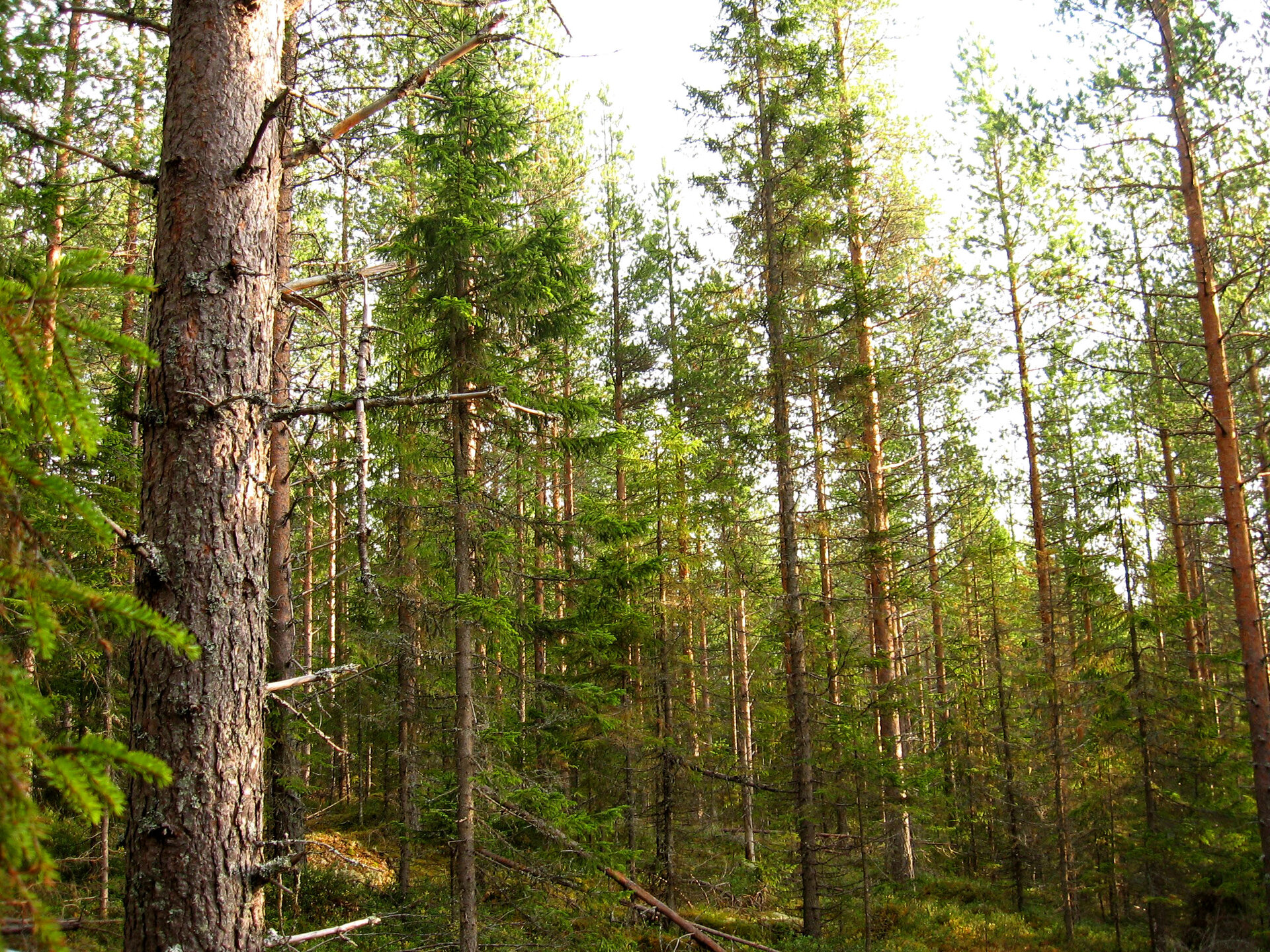 How best to map ‘boreal’ or northern forest with spaceborne radar is the focus of an ESA campaign currently underway in northern Sweden. By answering this question, the campaign addresses one of the key objectives of the candidate Earth Explorer BIOMASS mission.

BIOMASS is one of six candidate Earth Explorer missions that has just completed assessment study and will be presented to the science community at a User Consultation Meeting in January 2009. Up to three of the missions will subsequently be selected for the next stage of development (feasibility study), leading to the eventual implementation of ESA’s seventh Earth Explorer mission.

Covering about 15% of the Earth’s land surface, boreal forest plays an important role in the global cycling of energy, carbon and water. The boreal region forms a circumpolar band throughout the northern hemisphere that extends through Russia, northern Europe, Canada and Alaska. The great expanse and large quantity of carbon contained in vegetation and soil make the boreal biome the world's largest terrestrial carbon reservoir.

Since forest biomass is half carbon, the BIOMASS mission, if selected, is expected to greatly improve our knowledge of how much carbon is being stored, where it is being stored and better quantify carbon fluxes between land and the atmosphere – important for understanding more about the global carbon cycle and climate change.

To achieve this goal, the mission will exploit the longest radar wavelength available for satellites observing the Earth from space –
P-band. This wavelength is uniquely sensitive to mapping biomass from space. Malcolm Davidson, Head of ESA’s Campaign Unit explains, "The BioSAR 2008 campaign represents the first-ever ESA airborne Synthetic Aperture Radar (SAR) campaign over northern boreal forest. Because of the importance of boreal forests for the BIOMASS mission, and the global carbon cycle in general, highly accurate and robust methods for transforming the P-band radar signals into forest biomass maps are required. By collecting airborne SAR measurements at P-Band over boreal forest and comparing these to extensive measurements made on the ground we can ensure that the satellite mission will accurately map forest biomass across this unique biome."

The campaign is being conducted in the air by DLR’s (German Aerospace Center) Microwaves and Radar Institute using the
E-SAR (Experimental Synthetic Aperture Radar) instrument. Ground measurements are also taken of essential forest characteristics such as biomass, forest height and ground conditions by the Swedish University of Agricultural Sciences in Umeå (SLU) supported by the Swedish Defence Research Agency (FOI) and Sweden’s Chalmers University. In addition, forest height measurements of the entire test site were made this summer using a sophisticated helicopter-based laser scanning system.

Measuring forest properties on the ground can be hard work especially when you also have to deal with mosquitoes, the harsh northern climate and rugged terrain. However, more than 300 plots within the forest were measured during the summer by SLU. This ground-based data is currently being compiled and formatted for analysis.

"We are very pleased that the Krycklan test site was selected for the campaign," says Johan Fransson from SLU. "It provides us with an excellent opportunity to conduct a large-scale inventory of forest properties in our research site and complements parallel efforts being made in our department to develop new methods for assessing and mapping forest resources using remote sensing. We expect to learn a lot from this campaign."

One interesting and unique feature of boreal forests is that, due to the harsh climate, they grow very slowly compared to temperate and tropical forests. As Lars Ulander from FOI and Chalmers University points out, "When entering some of the forest stands in the test site with larger trees, it is impressive to think how old these trees are. Some forest stands are more than 100 years old – so that biomass in such cases is the result of 100 years of growth."

Beyond the immediate needs of the BIOMASS mission, the interest in the campaigns is expected to be enormous, as a complete remote sensing dataset and simultaneously acquired ground data are rare. Once the activity has been completed, the dataset will be made available to the wider scientific community through ESA.