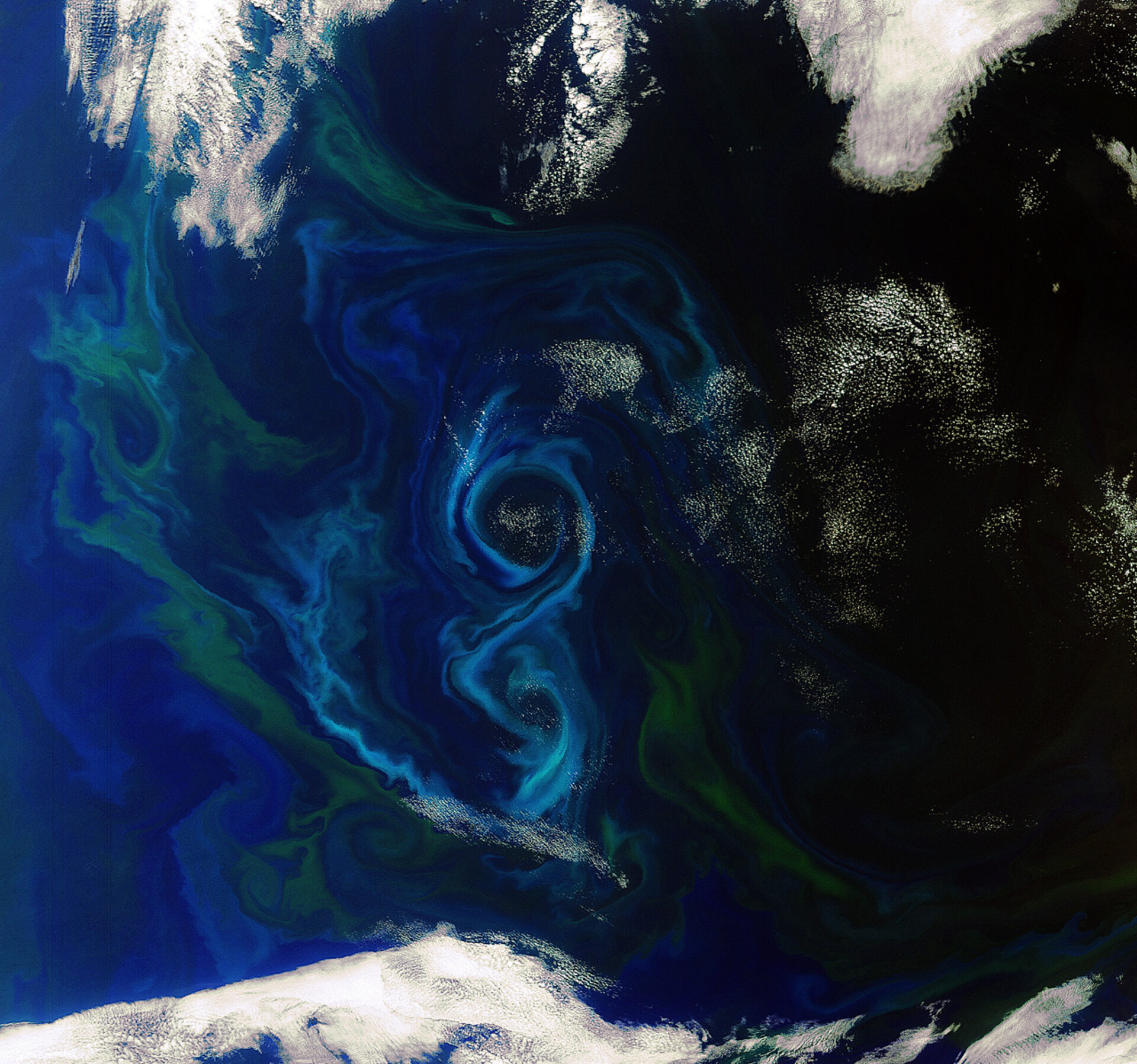 In this Envisat image, a phytoplankton bloom swirls a figure-of-8 in the South Atlantic Ocean about 600 km east of the Falkland Islands.

During this period in the southern hemisphere, the ocean becomes rich in minerals from the mixing of surface waters with deeper waters. Phytoplankton depend on these minerals, making blooms like this common in the spring and summer.

These microscopic organisms are the base of the marine food chain, and play a huge role in the removal of carbon dioxide from the atmosphere and the production of oxygen in the oceans. By helping to regulate the carbon cycle, phytoplankton are important to the global climate system.

Different types and quantities of phytoplankton exhibit different colours, such as the blues and greens in this image.

Earth-observing satellites like Envisat can monitor these algal blooms. Once a bloom begins, an ocean colour sensor can make an initial identification of its chlorophyll pigment, and therefore its species and toxicity.

Since the phytoplankton are sensitive to environmental changes, it is important to monitor and model them for climate change calculations and to identify potentially harmful blooms.

Envisat’s MERIS instrument acquired this image on 2 December 2011 at a resolution of 300 m.