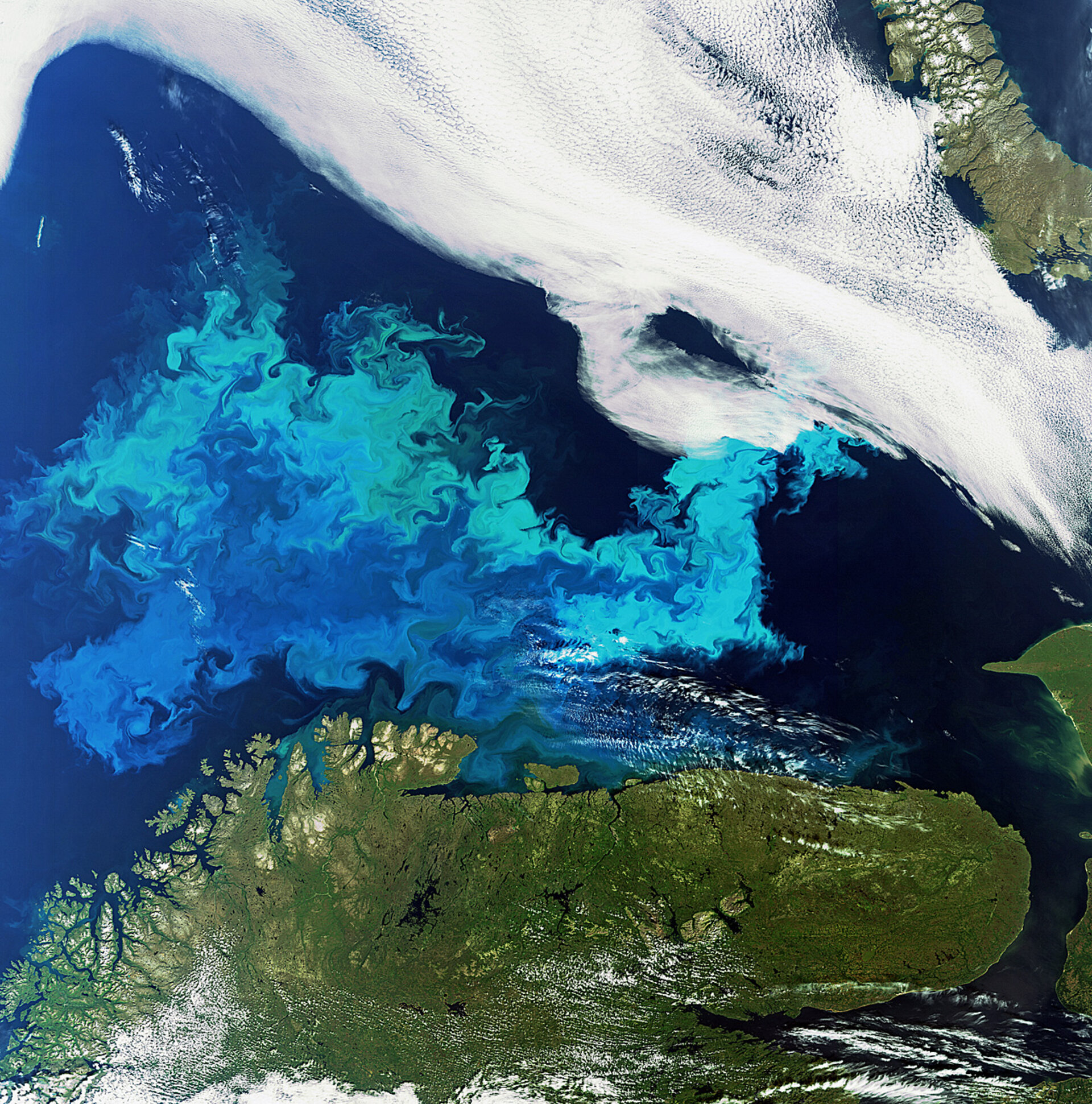 The phytoplankton bloom pictured in this Envisat image stretches across the Barents Sea off the coast of mainland Europe’s most northern point, Cape Nordkinn.

The southern area of this deep shelf sea – with an average depth of 230 m – remains mostly ice-free due to the warm North Atlantic Drift. This contributes to its high biological production compared to other oceans of similar latitude.

Free-floating phytoplankton highlight the whirls of ocean currents in spectacular shades of blue and green. These microscopic marine organisms that drift on or near the surface of oceans and seas have been called 'the grass of the sea' because they are the foundation of the oceanic food chain.

The simple organisms also play a similar role to terrestrial 'green' plants in the photosynthetic process. Phytoplankton are able to convert inorganic compounds such as water, nitrogen and carbon into complex organic materials.

With their ability to 'digest' these compounds, they are credited with removing as much carbon dioxide from the atmosphere as their 'cousins' on land – therefore having a profound influence on climate.

They are also sensitive to environmental changes, so it is important to monitor and model phytoplankton into calculations of future climate change.

Although most types of phytoplankton are individually microscopic, the chlorophyll they use for photosynthesis collectively tints the colour of the surrounding ocean waters. This allows for these tiny organisms to be detected from space with dedicated 'ocean colour' sensors, such as Envisat's Medium Resolution Imaging Spectrometer, which acquired this image on 17 August 2011.