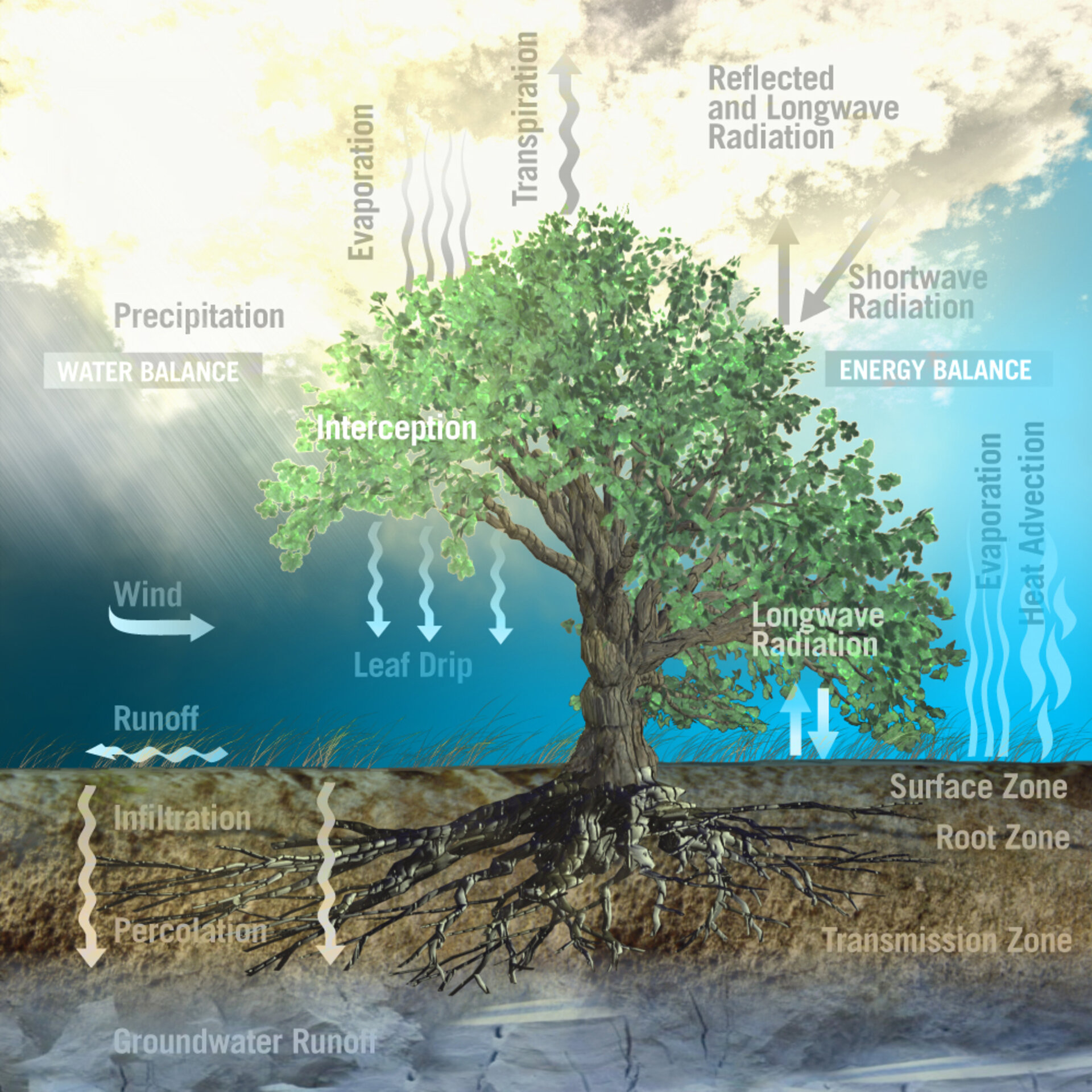 As global temperatures gradually increase, more water is expected to evaporate into the atmosphere. But using satellite data, scientists have discovered that El Niño-induced droughts have caused global declines in evapotranspiration despite rising temperatures.

Terrestrial evaporation, or evapotranspiration, is the transfer of water from soil and vegetation into the atmosphere. It’s a critical component of the global water cycle and, in recent years, it has gained increased attention due to its role in global warming and water cycle intensification.

It is well known that evaporation rates increase as temperature rises. A simple example is hanging wet clothes outside to dry: if it is hot outside, they dry faster than if it is cooler.

This notion makes it surprising that, despite rising global temperatures, several studies have reported declines in the global average volumes of evapotranspiration in recent years. The reason is simple: evapotranspiration does not depend only on temperature and solar radiation, but also on how much water is available in the soil to evaporate.

Returning to the example of the wet clothes: if the clothes are mostly dry, the amount of water evaporating from them is very limited, even if the temperature goes up.

Previous studies suggested that the recent declines in global average evapotranspiration were caused by declines in soil moisture in the southern hemisphere. However, the general belief was that those soil moisture declines were the result of a reorganisation of the water cycle caused by climate change.

A new study using data from Earth-observing satellites has found that the global average evapotranspiration declines are the result of droughts in Australia and southern Africa, which are caused by El Niño conditions – especially dominant at the beginning of this century.

During El Niño periods, reduced precipitation in these regions leads to lower terrestrial moisture content, so there is less water in the soil available to evaporate. These regional reductions are so intense that they severely affect the global average volume of evapotranspiration.

Global average evapotranspiration declines are therefore not caused by a more permanent reorganisation of the water cycle, but by natural climate variability.

“These El Niño-induced declines are complementary to a general, long-term trend caused by global warming,” said Diego Miralles from the University of Bristol, principal investigator of the study.

“In fact, we also uncovered an increase of evapotranspiration in regions less affected by the El Niño–La Niña cycle like the northern latitudes. There, the rates of increase agree with the expectations derived from the warming observed in recent decades.”

The study was carried out under ESA’s Water Cycle Multi-Mission Observation Strategy –Evapotranspiration project, funded by the Support To Science Element.