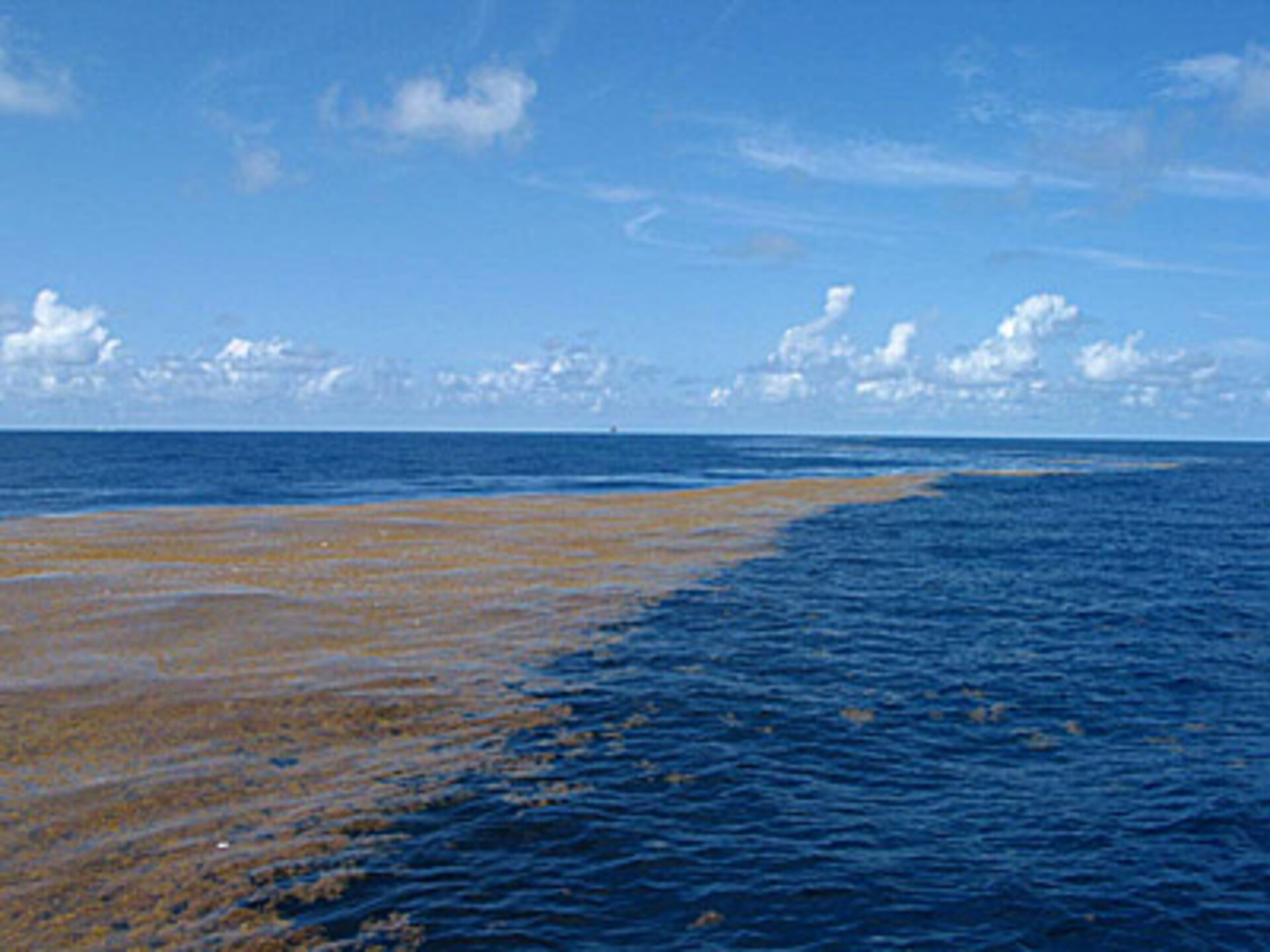 Sargassum seaweed, famous in nautical lore for entangling ships in its dense floating vegetation, has been detected from space for the first time thanks to an instrument aboard ESA’s environmental satellite, Envisat. The ability to monitor Sargassum globally will allow researchers to understand better the primary productivity of the ocean and better predict climate change.

Using optical radiance data from the Medium Resolution Imaging Spectrometer (MERIS) aboard Envisat, Dr Jim Gower and Stephanie King of the Canadian Institute of Ocean Sciences and Dr Chuamin Hu of the US University of South Florida were able to identify extensive lines of floating Sargassum in the western Gulf of Mexico in the summer of 2005.

"This appears to be the first report of a satellite image of Sargassum," Gower said. "It is usually associated with the area of the North Atlantic known as the Sargasso Sea after the Sargassum encountered there by early explorers. Our observations of Sargassum lines extending over large areas of the Gulf show that in this area and season it represents a significant fraction of marine primary productivity."

Marine primary production is the process by which floating vegetation, such as phytoplankton and seaweed, absorb atmospheric carbon dioxide through photosynthesis and convert it into organic carbon. By absorbing half of the carbon dioxide emitted into the atmosphere, the oceans have a profound influence on climate, making them major areas of interest for climate modellers.

The discovery was made using the MERIS maximum chlorophyll index (MCI) which provides an assessment of the amount of chlorophyll in vegetation to produce detailed images of chlorophyll per unit area. MERIS is uniquely suited for this because it provides images of above-atmosphere spectral radiance in 15 bands, including three bands at wavelengths of 665, 681 and 709 nanometres in order to measure the fluorescence emission from chlorophyll a.

Chlorophyll is the green photosynthetic compound in plants that captures energy from sunlight necessary for photosynthesis. The amount of chlorophyll present in vegetation plays an important role in determining how healthy it is. Accurately monitoring chlorophyll from space, therefore, provides a valuable tool for modelling primary productivity.

"The 709 band used by MERIS is not present on other ocean-colour sensors. It was essential to our detecting Sargassum," Gower said. "The MCI index has allowed us to find so many interesting things, including Sargassum and Antarctic super blooms. It really gives us a new and unique view of the Earth."

We have found two things that have never been seen from space before. It is really very exciting.

Gower and King are now combining data from MERIS with a sophisticated processing algorithm and powerful Grid computing to broaden this new view. The basic principle behind Grid computing is that anything one computer can do, a pool of computers can do faster and better, enabling the solution of massively complex tasks beyond the capabilities of a single machine or local network.

By using Grid technology, Gower and King intend to compute 5-years worth of MERIS data to determine global estimates of Sargassum biomass and its contribution to ocean productivity. "So far, we have found two things (Sargassum and Antarctic superblooms) that have never been seen from space before," said King. "It is really very exciting."