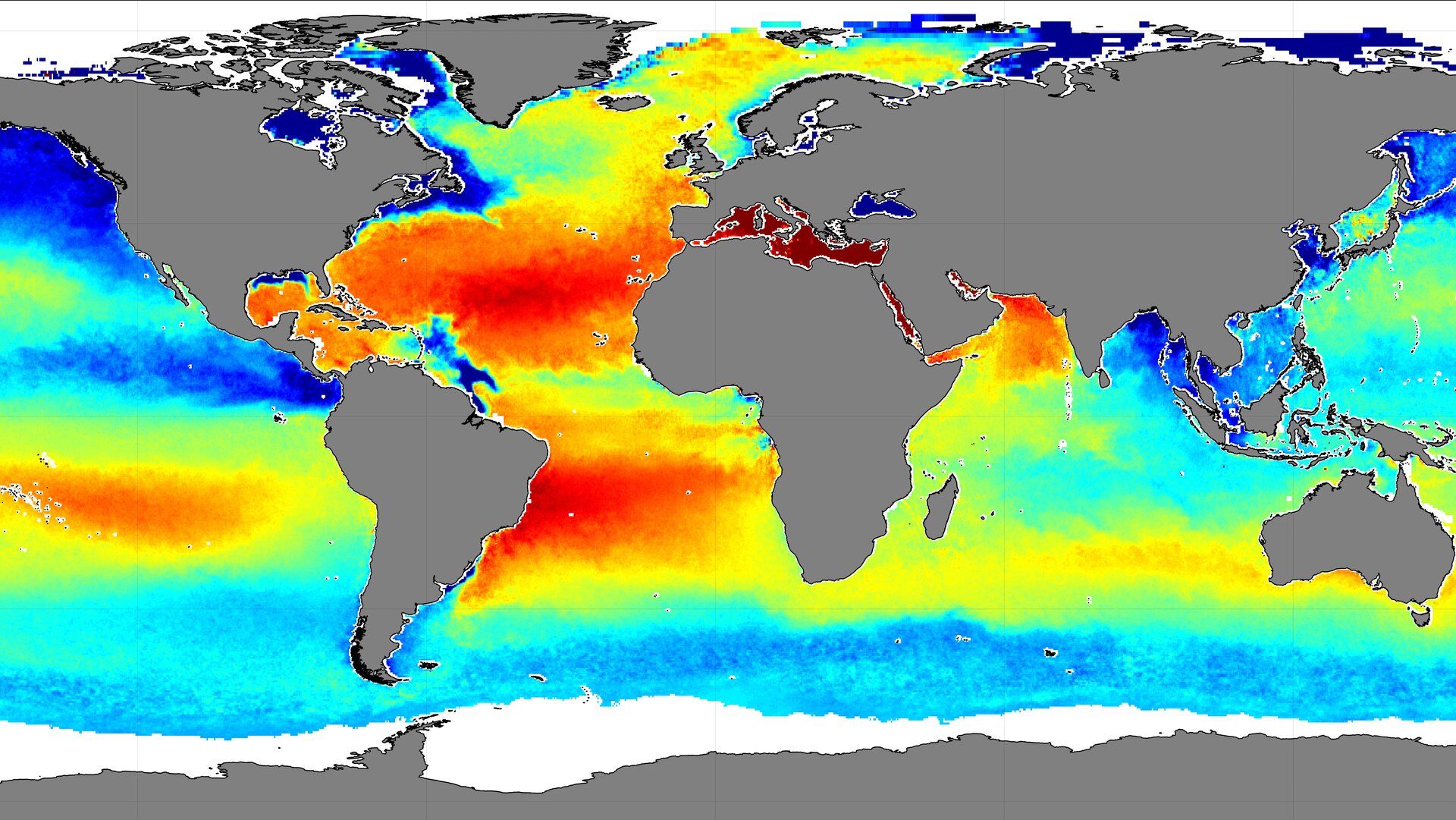 The length and precision with which climate scientists can track the salinity, or saltiness, of the oceans is set to improve dramatically according to researchers working as part of ESA’s Climate Change Initiative.

The research team, led by Jacqueline Boutin of LOCEAN and Nicolas Reul of Ifremer, have generated the longest and most precise satellite sea-surface salinity global dataset to date.

Spanning nine years, the dataset is based on observations from the three satellite missions that measure sea-surface salinity from space: ESA’s SMOS and the US SMAP and Aquarius missions.

“By combining and comparing measurements from the missions’ various radiometers, the precision of sea-surface salinity maps is improved by roughly 30% thanks to the increased number of measurements and reduced inter-calibration error,” comments Dr Boutin.

Based on 40 years of empirical observations from space, the initiative supports the United Nations Framework Convention on Climate Change and Intergovernmental Panel on Climate Change – the bodies that assess and synthesise scientific evidence into information for policy and decision-makers.

Sea-surface salinity is linked directly to density-driven ocean circulation patterns that transfer heat from the Tropics to the poles. Regional changes are also linked to periodic interannual climate events such as El Niño.

Salinity is implicated in the intensification of the global water cycle. Measurements of sea-surface salinity and sea-surface temperature, which determine the thickness of the surface mixed layer, have the potential to help understand the development of extreme weather events such as cyclones.

Salinity measurements taken since the 1950s indicate global trends of saline areas of the ocean becoming saltier, and freshwater areas becoming fresher. The data for this however, is  relatively coarse, as it is taken from ships. Only since the beginning of the 21st century has a fleet of ocean buoys, called Argo, provided subsurface-salinity measurements.

According to Dr Boutin, “Monitoring salinity from space helps to resolve spatio-temporal scales that are not adequately sampled by in-situ platforms and fills gaps in the observing system.

The team is currently working with climate scientists to compare this observational dataset with in-situ datasets and the output of models. This checks that the models are operating effectively and helps to refine and improve performance.

To demonstrate the benefit of the new data, the project will use the new salinity data in a number of climate investigations to improve the understanding of the water cycle in the Bay of Bengal, an area prone to severe tropical cyclones.

It will allow scientists to understand the role of salinity on the stratification of the upper layer of the ocean and air-sea exchanges.

Results from the project are being presented this week at ESA’s Living Planet Symposium in Italy.