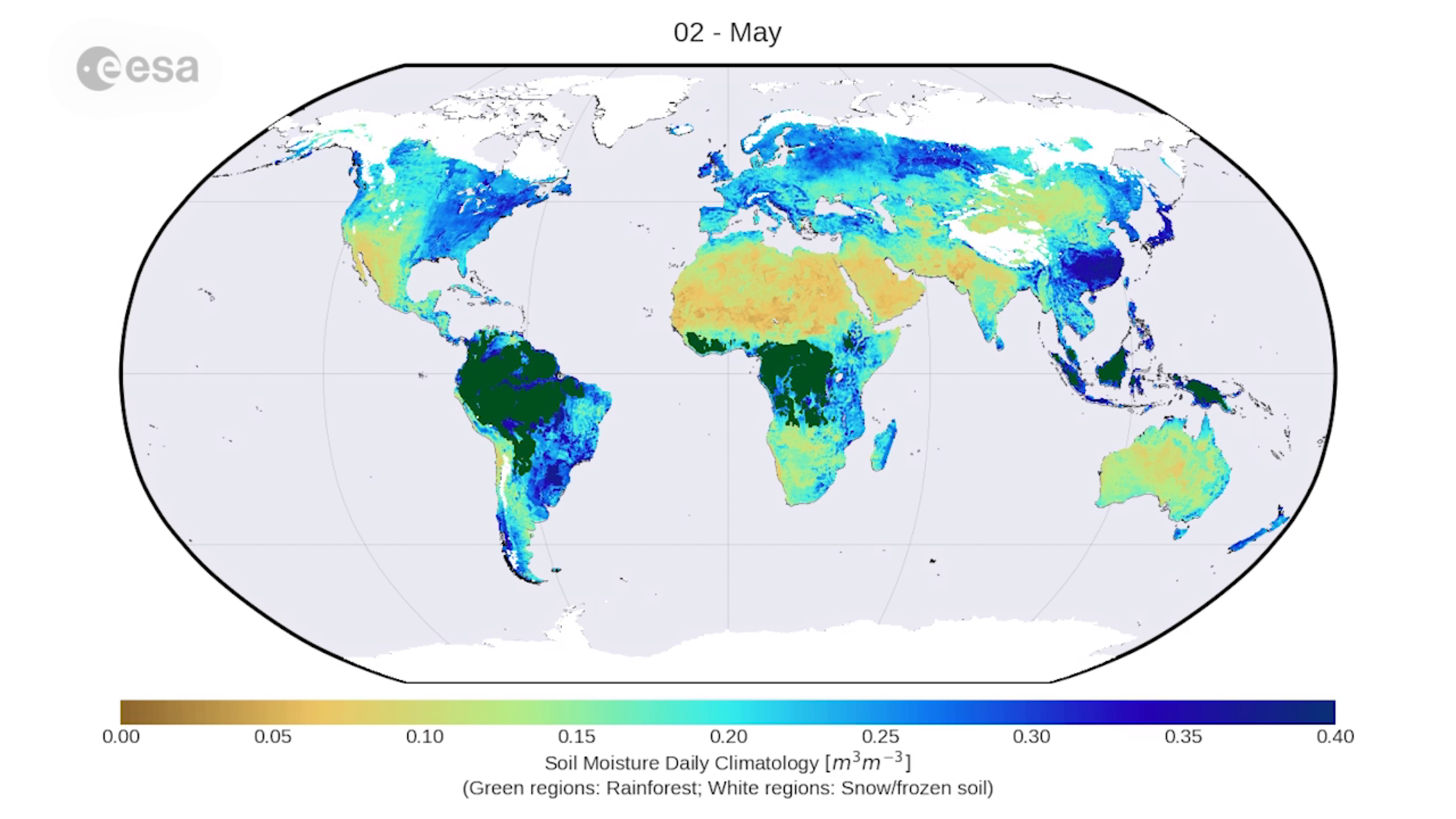 A new, long-term and global dataset of soil moisture measurements from space has been released to help us better understand the water cycle and climate, monitor agriculture and manage our water resources.

The amount of water held in global soils makes up only about 0.001% of the total water found on Earth, but still plays a crucial role in regulating plant growth, our weather and climate.

This is because soil moisture is a key variable controlling the exchange of water and energy between the land and the atmosphere: dry soil emits little or no moisture to the atmosphere and heats up more strongly during a hot day, thus intensifying heatwaves. Wet soils, on the other hand, have a cooling effect on the atmosphere.

Soil moisture data can be collected by satellites measuring microwaves reflected or emitted by Earth’s surface. The intensity of the measured signal depends on the amount of water in the soil. This information is important for improving short- and medium-term meteorological forecasting, as well as predicting hazardous events such as floods, droughts and heatwaves.

Scientists working under the soil moisture project of ESA’s Climate Change Initiative have harmonised data on soil moisture from different satellites dating back to 1978 to give us a long-term view of global soil moisture, as well as variations and trends in the water cycle.

When a severe drought hit central Italy this summer, the dataset was consulted and scientists found that lower-than-average soil moisture as far back as December contributed to the severity of the drought.

In other parts of the globe, the dataset revealed much wetter-than-normal soil moisture conditions associated with the catastrophic floods caused by this year’s hurricanes in the Caribbean and the monsoon in South Asia.

Developed by the Vienna University of Technology (TU Wien), Dutch company VanderSat BV and the Austrian Earth Observation Data Centre, the dataset  is based on 11 satellite sensors, including the one on ESA’s SMOS satellite and ESA’s historical ERS missions. Starting next year, it will be made available in near-real time through the Copernicus Climate Change Service.

Scientists worldwide can now download, use and validate the dataset by visiting http://www.esa-soilmoisture-cci.org/