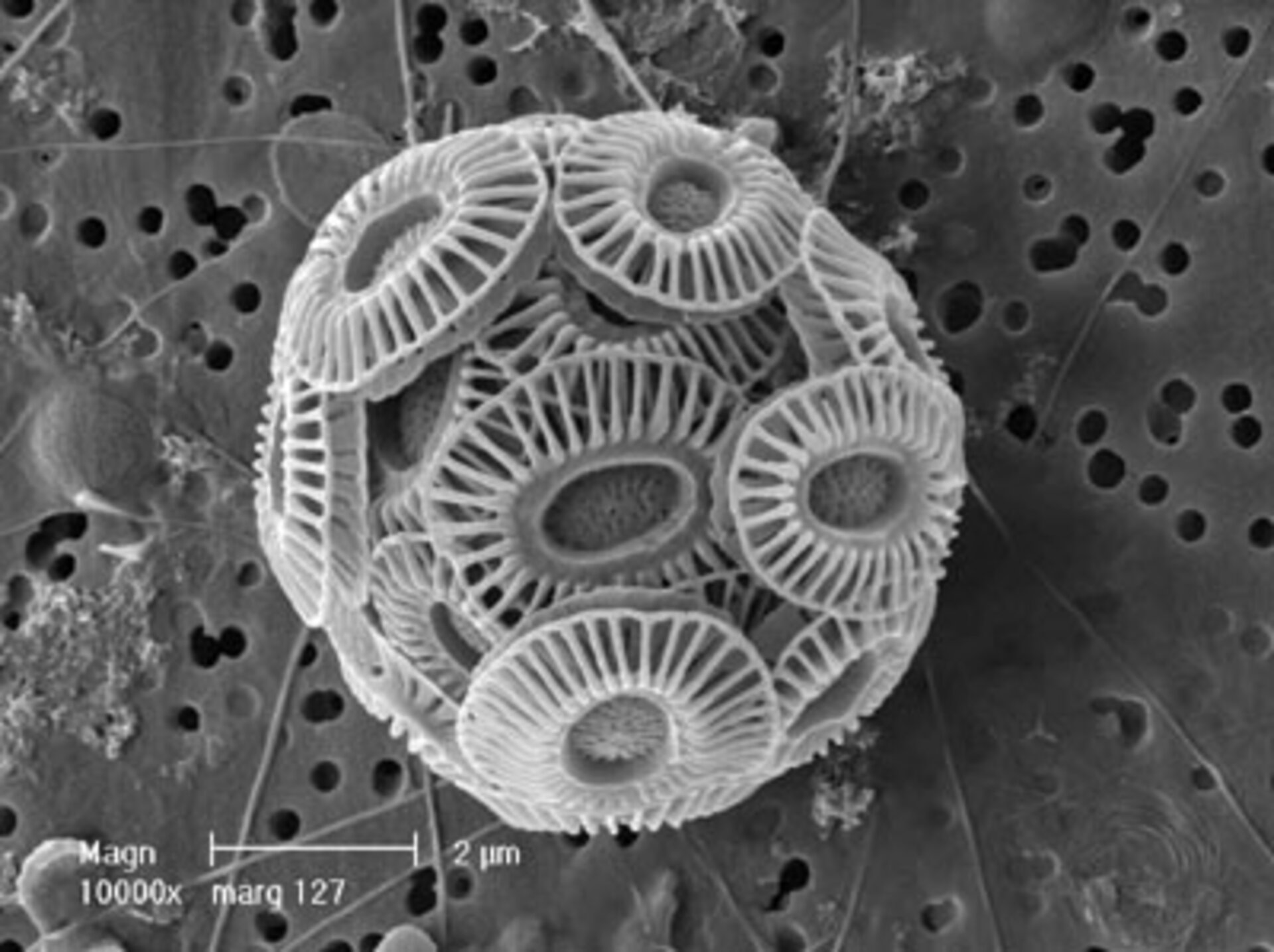 Seen from satellites, the colour of the ocean is not constant but varies considerably. Sensors have been specially built to percieve subtle differences in water hues as a way of identifying its contents, like suspended sediments and chlorophyll pigments from floating microscopic algae and other phytoplankton.

Poison in the water

A dramatic example of the former is the phenomenon called 'red tide', in which thousands of dead fish wash up on the shore, either poisoned or suffocated, carried there by red-brown-tinted waves. The culprit is a microscopic but toxic red algae. Satellites provide the only early wide-scale warning of these algae blooms.

They occur at sea in response to changes in local conditions: a sudden increase in temperature and nutrients cause the algae to surge out of control, reproducing into a dense mass whose presence poisons smaller fish and - as dead algae decay and exhaust available oxygen – suffocates larger ones.

The blooms get the name 'red tides' because seawater gets coloured by chlorophyll pigments produced by the algae, which are classed as both phytoplankton and bacteria.

Local fisherman find themselves banned from selling catches until the bloom dissipates, because the same toxins that kill small fish can do serious harm to humans.

Disruption to sea and land

The blooms can be especially devastating to aquaculture, with shellfish and coastal life poisoned by the dense concentration of toxic blooms, while fish in farms are unable to flee the deoxygenated stretches of water.

Algae blooms are nothing new, although there is some evidence their global incidence is increasing. Some researchers believe toxic algae are being transported around the world in freighter ballast.

Certainly human activities can promote bloom formation: in 2000, Moreton Bay in Queensland, Australia, was paralysed by hundreds of tonnes of toxic algae growing at a rate of 100 square km a minute. It was caused by iron-rich sediment released into the water by local land development.

Earth observation can highlight ocean areas at greatest risk of bloom development, identifying combinations of warm waters, sediment flows or pollution run-off that might promote their growth. And once a bloom begins an ocean colour sensor can make an initial identification of its chlorophyll pigment, and therefore its species and toxicity.

Found in abundance throughout the oceans, most algae and other phytoplankton are not harmful to humans. As primary producers, fixing carbon dioxide from the atmosphere, they form the base of the marine food chain and help regulate the carbon cycle and through it the global climate system.

Space-based monitoring can aid oceanographic and environmental research by providing a synoptic view of the dynamics of phytoplankton populations and the patterns of their worldwide distribution.