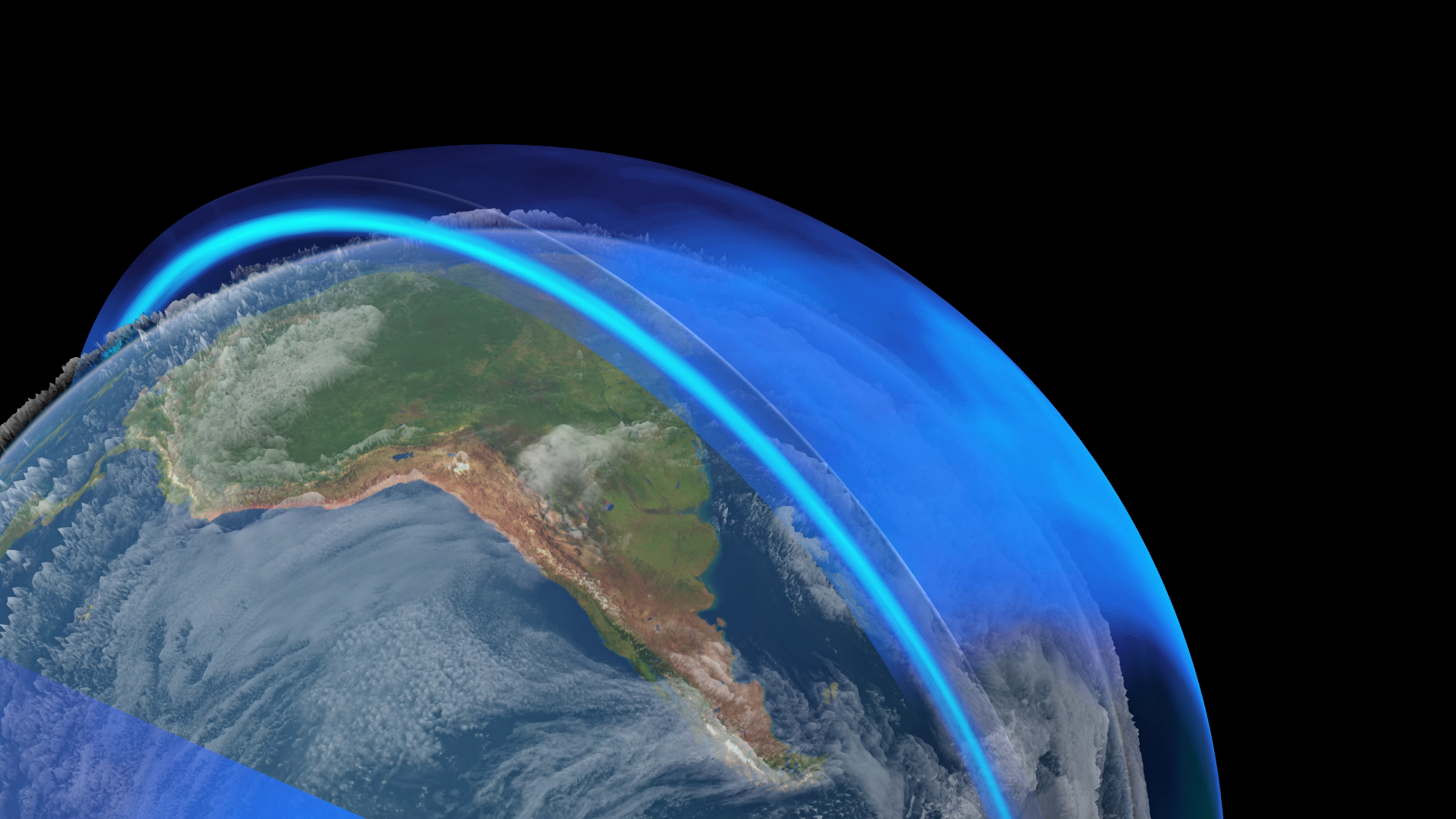 The part of Earth’s atmosphere with high concentrations of ozone gas protects life on Earth from the Sun’s ultraviolet radiation. However, pollutants can break down ozone, thinning this ozone layer and creating the infamous ozone hole.

The depletion of ozone in our atmosphere and subsequent increase in ultraviolet exposure causes skin cancer, cataracts and immune system damage in humans, and injures animals, plants and even microscopic phytoplankton.

Starting in the 1970s, ozone in the stratosphere – some 11–50 km above Earth’s surface – began to decline worldwide. The largest drop was in the upper stratosphere, at 4–8% per decade.

The trend was interrupted following international agreements on the reduction of ozone-depleting substances and the first signs of ozone recovery were seen by satellites.

Ozone in particular varies depending on the season or solar activity, so decades are necessary to separate this natural variability from human-influenced change.

To tackle this, scientists working under ESA’s Climate Change Initiative are harmonising measurements from different satellites to give us a long-term view of ozone variability.

The readings date back to 1995 for ‘total columns’ – meaning they show the total ozone of all layers of the atmosphere – and to 2001 for ozone profiles with high vertical resolution, meaning the separate layers can be identified.

The record relies on five satellite sensors that provide measurements with high vertical resolution. These include the ones on ESA’s former Envisat mission, along with current information from Canada’s SciSat and Sweden’s Odin.

In a new development, measurements from NASA’s Earth Radiation Budget Satellite and Suomi NPP satellite have been folded in, further extending coverage back to 1984.

“By merging the Climate Change Initiative’s data with NASA’s, we clearly see negative ozone trends in the upper atmosphere before 1997 and positive trends after,” concludes Viktoria Sofieva, Senior Research Scientist at the Finnish Meteorological Institute.

“The upper stratospheric trends beyond the tropics are statistically significant and indicate an onset of ozone recovery.”