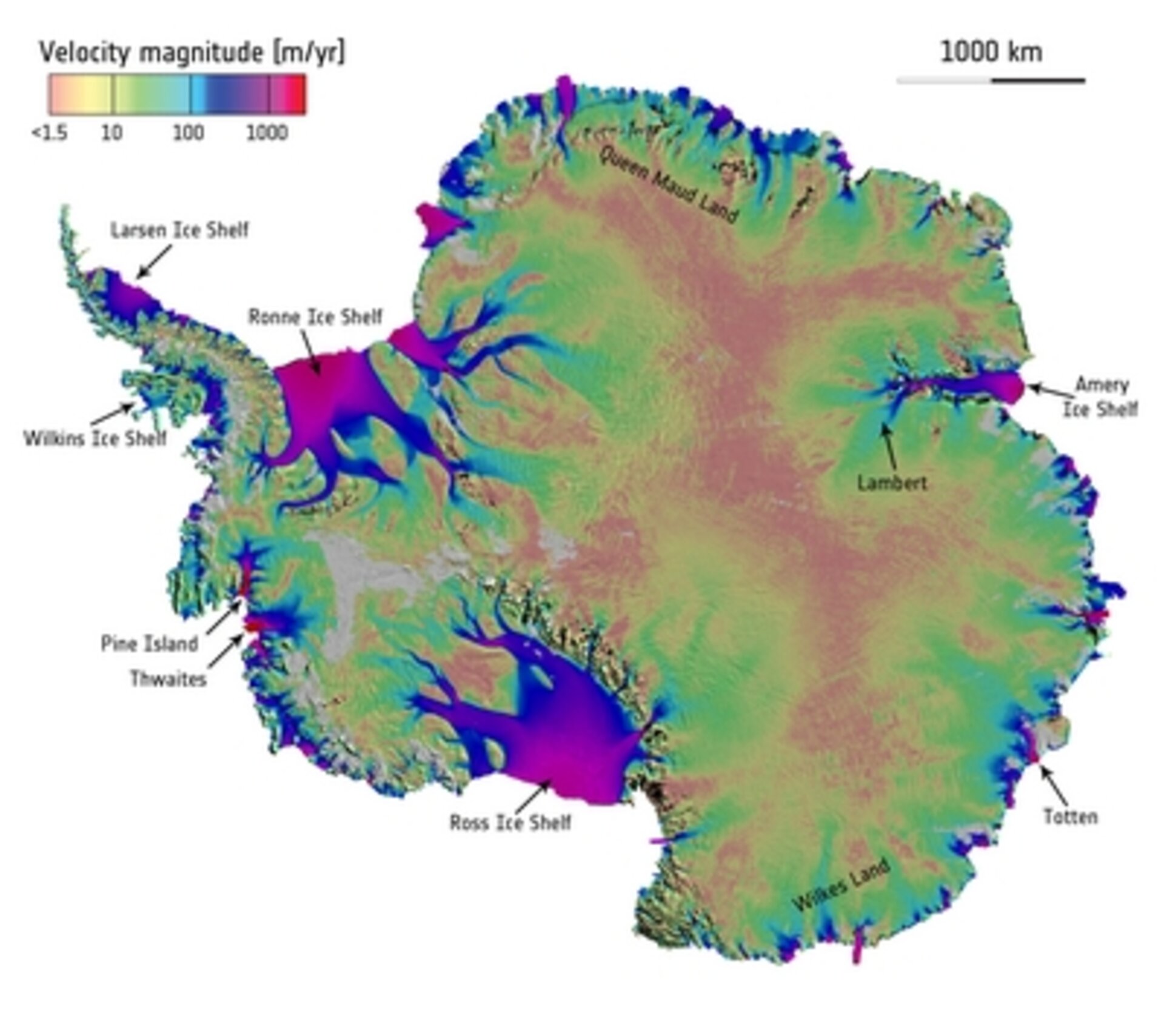 A huge network of glaciers, carrying ice thousands of kilometres across Antarctica, has been discovered as a result of space agencies' efforts to focus their satellites on Earth's icy regions during the International Polar Year. These new findings are critical to understanding sea-level rise.

The International Polar Year (IPY) was an ambitious science programme carried out in 2007 and 2008.

Involving more than 60 countries, this large-scale campaign yielded an unprecedented wealth of information about the polar regions, much of which is being used to examine the relationship between these fragile environments and climate.

By joining forces and coordinating their various satellites to optimise data acquisitions, space agencies around the world played a crucial role in IPY.

Carefully piecing together billions of radar data points that were collected over Antarctica by satellites such as ESA's Envisat, the Canadian Space Agency's (CSA) Radarsat and Japan Aerospace Exploration Agency’s (JAXA) ALOS, a team of scientists has created the first map of ice motion over the entire continent of Antarctica – and made some astonishing discoveries.

Until IPY, there had been little quality data acquired over the vast extent of East Antarctica, which makes up 77% of the continent. Previous repeat mappings of parts of some regions had also left a gap in central Antarctica owing to the limitations of the viewing geometry of some of the instruments.

Thanks to the coordinated effort made by CSA, JAXA and ESA to programme their satellites to focus on these gaps, polar scientists have been able to chart ice sheet movement across the entire continent for the first time.

The map, which was created by scientists from the University of California Irvine and NASA's Jet Propulsion Laboratory, reveals not only the flow of the large glaciers, but also their tributaries – effectively rivers of ice – that reach thousands of kilometres inland.

From the air, the Antarctic continent appears a featureless, static icy remnant of the past. However, this remarkable new satellite-based pole-to-coast map reveals the extent of the sinuous, river-like streams of ice and the speed of discharge from central Antarctica into the ocean.

Essentially redefining our understanding of ice sheet dynamics, a paper outlining the results was published this week in Science.

Lead author, Eric Rignot said, "This is like seeing a map of all the oceans' currents for the first time.

"It's a game changer for glaciology. We're seeing amazing flows from the heart of the continent that have never been described before."

Like viewing a completed jigsaw puzzle, Prof. Rignot said that they were stunned when they stood back and took in the full picture.

For example, they discovered a new ridge splitting the 14 million sq km landmass from east to west. They also found formations moving up to 250 m each year across the immense plains that slope towards the Southern Ocean – differently to how ice had been modelled before.

Mark Drinkwater from ESA said, "The challenge to understand and quantify the impact of ice sheet mass loss on sea level is a global scientific endeavour spanning the capabilities of more than one single country or space agency.

"This result is one of the scientific highlights stemming from the intense international coordination amongst the spacefaring nations during IPY.

"Armed with this information, scientists are now able to improve models of ice sheet flow, and to reduce uncertainty in predictions of the impact of climate warming on global sea level."