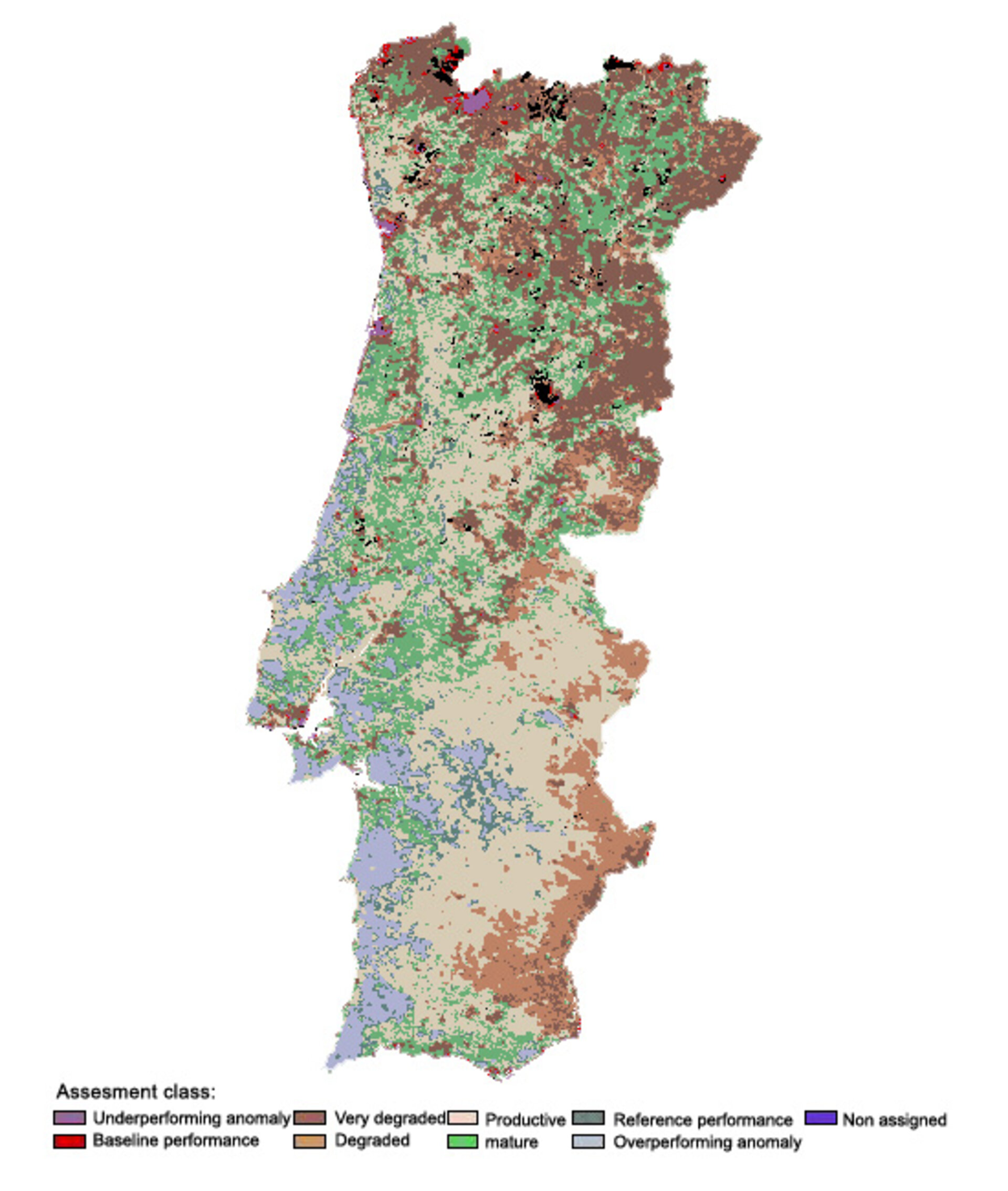 As the UN marked World Food Day earlier this week, international representatives convened in Korea to discuss ways to curb the loss of productive land to desertification. Satellites play an important role in the monitoring and assessment of drylands.

Desertification is the degradation of land in arid, semi-arid and dry sub-humid areas. It is caused primarily by human activities and climatic variations because dryland ecosystems are extremely vulnerable to over-exploitation, inappropriate land use and droughts.

This phenomenon has severely affected the livelihoods of farmers around the globe, causing food insecurity in many areas. Satellites have the capability to detect desertification and have seen active land degradation trends even in Europe.

Findings were presented at the 10th Conference of the Parties to the UN Convention to Combat Desertification (UNCCD) in Changwon, Korea.

Held 10–21 October, the event gave representatives an opportunity to discuss strategies to curb the loss of productive land – which has increased dramatically in recent years.

ESA organised a side event on the monitoring and assessing of land degradation using satellite data.

Remote sensing from space is a powerful and cost-effective way of regularly monitoring the effect of programmes that combat desertification over large or hard-to-reach areas.

The ESA-initiated DesertWatch project is developing a user-friendly information system based on Earth observation technology to support national and local authorities in responding to the reporting obligations of the UNCCD in monitoring land degradation trends over time.

In their findings presented at the conference, DesertWatch indicated that nearly half of the land in the southeastern African country of Mozambique is degraded. Even more worrying is that 19% of its land is actively degrading.

Mozambique is one of the poorest countries in the world, with some 30% of households facing food insecurity.

Satellites have also detected desertification in Portugal: 33% of land is degraded. Meanwhile, the south-central region – known as the ‘bread basket’ of Portugal – is seen to be degrading.

Across the ocean in the northeast region of Brazil, increased agricultural activities combined with severe droughts has reduced the quality of vegetation in some areas.

Now these areas are even more susceptible to desertification– or are already suffering from these processes.

A global observation system fully dedicated to drylands is still not available.

Although several techniques are available, further methodological development and integration are needed to meet the UNCCD requirements for the monitoring of desertification, land degradation and drought processes.

Observation from space is the only technique that can provide spatially continuous and periodically updatable observations of variables related to desertification.