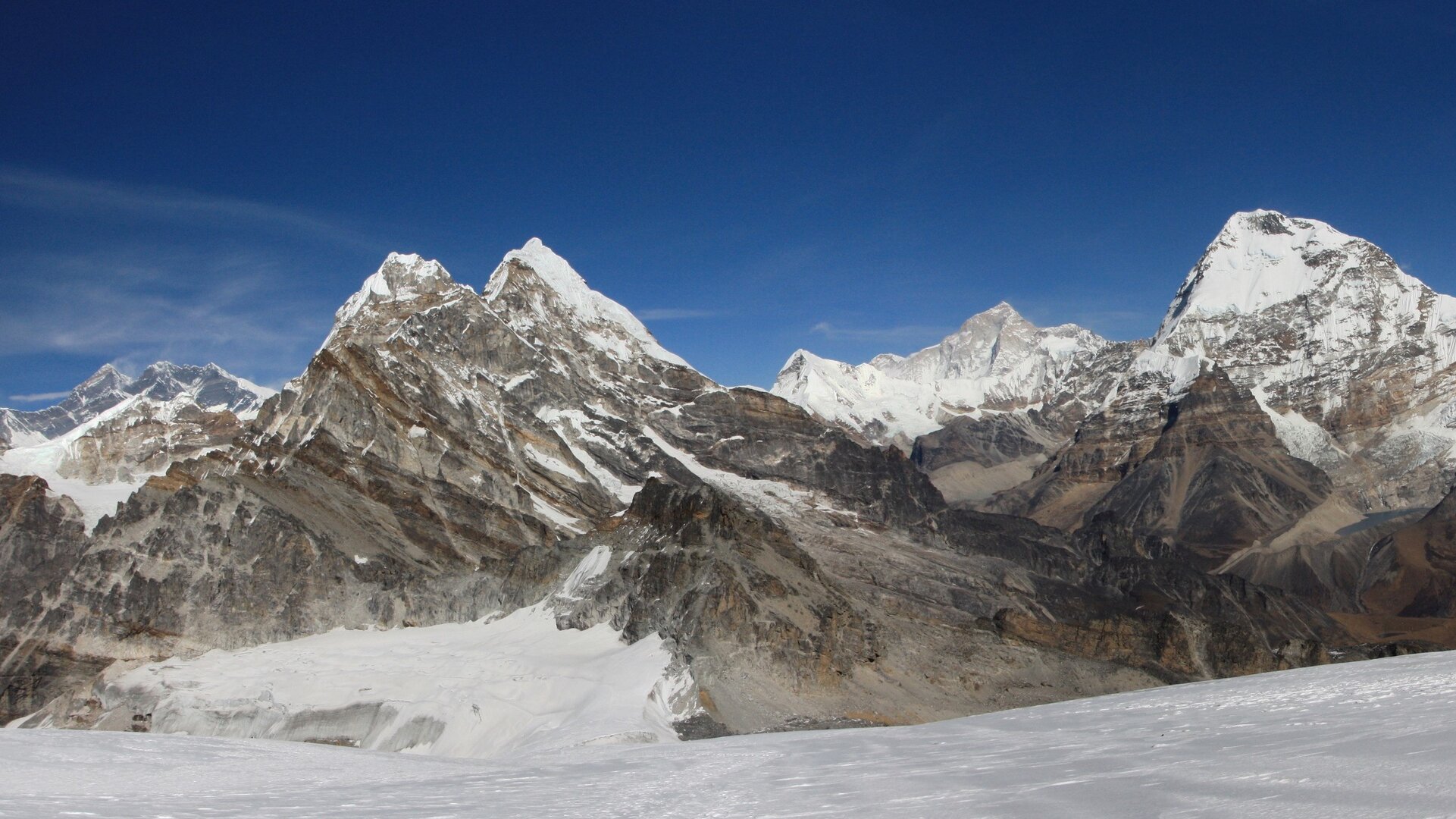 Providing water for drinking, irrigation and power, glaciers in the world’s highest mountains are a lifeline for more than a billion people. As climate change takes a grip and glaciers lose mass, one might think that, lubricated by more meltwater, they flow more quickly. However, satellite images from over the last 30 years show that it isn’t as simple as that.

A paper published recently in Nature Geoscience describes how a multitude of satellite images have been used to reveal that there has actually been a slowdown in the rate at which glaciers slide down the high mountains of Asia.

High-mountain Asia stretches from the Tien Shan and Hindu Kush in the northwest, to the eastern Himalayas in the southeast. The area is also part of what is known as ‘the third pole’ because these high-altitude ice fields contain the largest reserve of freshwater outside the polar regions.

The source of the 10 major river systems, the third pole provides freshwater for over 1.3 billion people in Asia – nearly 20% of the world’s population.

For more than a decade, satellite data have documented that Asia’s high-mountain glaciers are thinning and losing mass owing to melting.

“However, it has not been entirely clear what this loss of ice means for their rate of flow,” said Lead author Amaury Dehecq from NASA’s Jet Propulsion Laboratory (JPL) and from the University of Edinburgh.

Scientists need to understand what regulates glacial flow speed to predict how meltwater will affect the region’s supply of freshwater in the future, and how meltwater adds to sea-level rise.

The study, which was started under ESA’s Dragon programme, uses images from the US Landsat satellites, which are ESA Third Party Missions.

Dragon is a joint undertaking between ESA and the National Remote Sensing Centre of China that promotes the use of ESA, Third Party Mission, Copernicus Sentinel and Chinese satellite data for science and applications.

Third Party Missions are not ESA satellite missions, but under an agreement, the data from these missions is also processed and archived by ESA's multi-mission ground systems. The US Geological Survey and NASA Landsat missions fall under this agreement.

Dr Dehecq and his colleagues analysed almost two million pairs of Landsat satellite images gathered between 1985 and 2017 and used automatic feature tracking to measure the distance that distinctive features on the glaciers, such as crevasses or patches of dirt, had travelled between earlier and later images.

Alex Gardner, also from JPL, added, “We did this millions of times to see changes in velocity in the order of one metre a year.”

They found that ice-thickness outweighs any other factor in regulating flow – the thinner the glacier the slower it flows. This challenges the more intuitive theory of glaciers flow quickens because of the lubricating effect of meltwater at their base.

One of the reasons for this slowdown is gravity.

Gravitational pull is related to mass, so as a glacier loses mass, the pull weakens causing it to flow slower.

Likewise, in the few locations where glaciers have been stable or where they are thickening rather than thinning, flow speeds have been increasing slightly.

Noel Gourmelen from the University of Edinburgh said, “What's surprising about this study is that the relationship between thinning and flow speed is so consistent.

“These findings should help us better understand how glaciers behaved in the past and better project their contribution to water availability and sea level as they respond to climate change.

“Being able to monitor these remote regions from space over long periods of time is extremely important to understand what is happening. We also now have Europe’s Copernicus Sentinel missions, which also play a crucial role in this kind of monitoring.”

With such a large portion of the world’s population dependent on water from these cold heights, changes in the size and flow of these glaciers can bring serious consequences for society.

It is clearly important to continue monitoring this fragile region as recently highlighted by the World Meteorological Organization (WMO) in the National Science Review: Scaling the peaks for social benefits.

In recognition of the need to address ease of access to reliable, policy-relevant information on water resources, by integrating emerging knowledge on the accelerated changes in high-mountain cryosphere, the WMO High Mountain Summit will take place in October 2019.