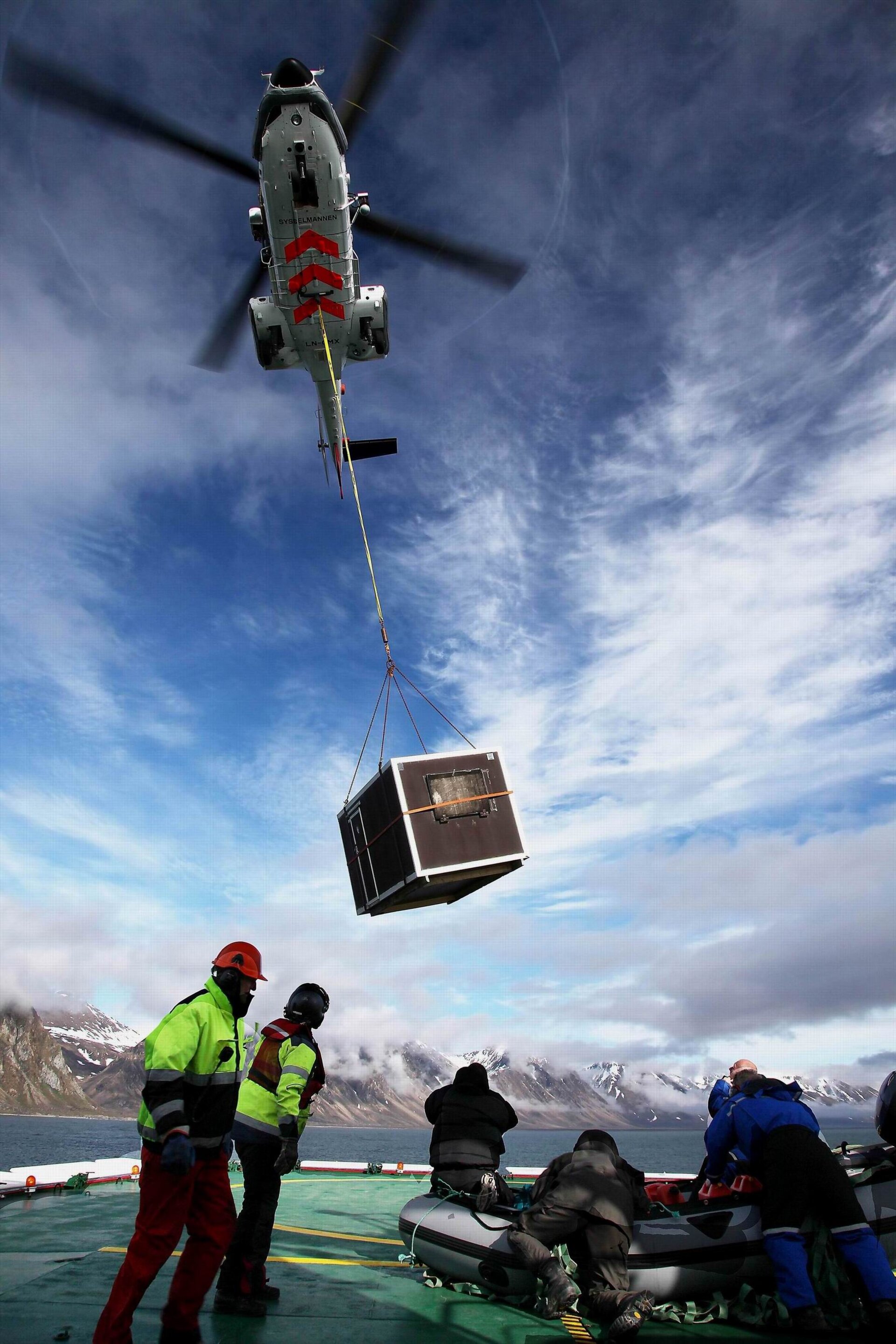 Policy, solutions and funding for new initiatives: ESA is joining forces at two events with decision-makers, universities, industry and users to map how space services can contribute to emerging challenges in the Arctic. At the forefront are climate change, transport safety and security, and sustainable exploitation.

The melting of ice is transforming it from one of primarily scientific interest into one attracting a complex set of environmental, security and commercial concerns.

Over the past few years, it has attracted more political attention from Arctic nations, but also from the EU and several non-Arctic nations.

At the same time, pressure on the Arctic is growing, driven by global economic demand for resources and made possible in part by global warming. For example, 13% of undiscovered oil and 30% of natural gas are estimated to lie north of the Arctic Circle.

There is already a considerable amount of maritime shipping in the Arctic, and the Northern Sea route and North West passage are already starting to open up to commercial shipping.

Increased marine fishing requiring surveillance of fishing vessels is becoming a reality, as are new possibilities for mining and tourism.

On 12th of March, a workshop on the integrated use of satellite communications, navigation and Earth observation will highlight the vital role played by space in supporting human and economic activities under these extreme conditions.

Taking place in Denmark, it is being organised by the Centre for Polar Activities at the Technical University of Denmark under the auspices of ESA’s Integrated Applications Promotion (IAP) programme.

Participants will include service providers, technology providers and system integrators in areas such as oil and gas exploration, shipping and fisheries.

For more information on this workshop, use the link in the right-hand navigation bar.

The following day, the ‘Space for the Arctic 2012’ conference will take place at the same location, organised by the European Commission, the Danish Meteorological Institute, the Centre for Polar Activities at the Technical University of Denmark and ESA.

Since a first ‘Space and the Arctic Conference’ in Stockholm in 2009, the relevance of space systems for the Arctic challenges has been confirmed by:

On the space side, the launch of CryoSat-2 and the first Galileo satellites allowed significant progress. Europe’s capabilities to monitor the Arctic requires the launch of the Sentinel satellites as well as funding of operations of the GMES programme.

The conference this year, organised under the auspices of the Danish presidency of the Council of the EU, takes stock of recent developments, in dialogue with third countries.

Participants will identify possible gaps, explore new opportunities and focus on the region’s needs from policy and programmatic perspectives.

For more information on this event, use the links in the right-hand navigation bar.