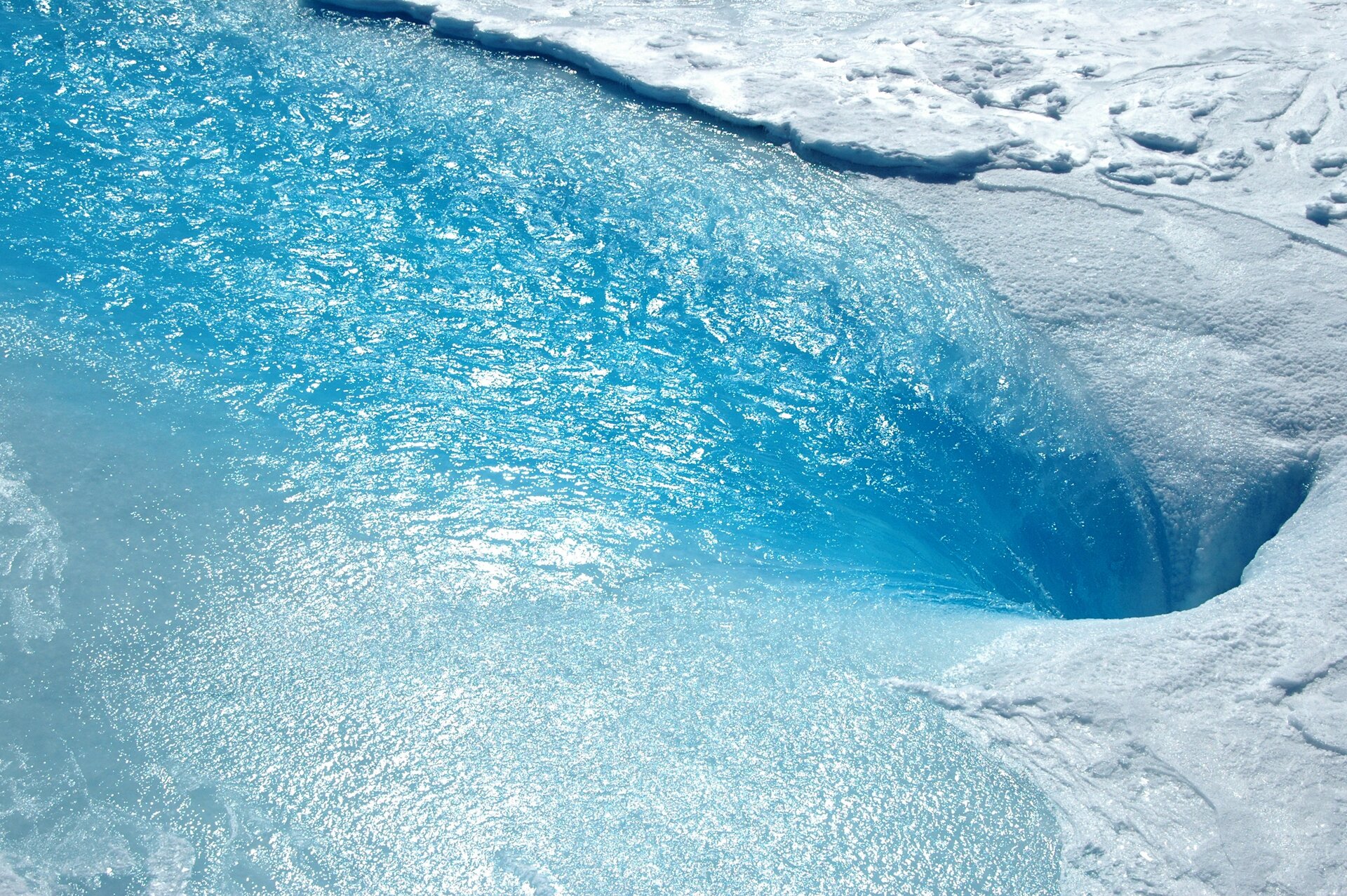 Warmer summers may paradoxically slow down the speed of glaciers flowing towards the sea, suggests new research. This investigation, using data from ESA's oldest environmental satellite, has important implications for future estimates of sea-level rise.

It has been well understood that, in recent years, glaciers on Greenland's massive ice sheet have been flowing towards the sea faster than they did in the past. This has been attributed, in part, to higher temperatures melting the surface of the ice sheet.

The surface meltwater winds its way down to the bedrock through cracks and holes in the ice called moulins. At the base of the glacier, it is generally thought that this water lubricant helps the ice sheet to flow rapidly towards the sea.

However, acceleration of ice flow during the summer has proved difficult for scientists to model, leading to uncertainties in projections of future sea-level rise.

The letter published in this week's Nature journal explains how increased melting in the summer may actually be slowing down the flow of glaciers.

Using observations from ESA's veteran ERS-1 satellite, which in July will have been in orbit for 20 years, new research suggests that the internal drainage system of the ice sheet adapts to accommodate more meltwater, without speeding up the flow of the glacier.

Prof. Andrew Shepherd from the University of Leeds, UK, who led the study said, "It had been thought that more surface melting would speed up flow and cause the ice sheet to retreat faster, but our research suggests the process is more complicated."

Research centred on six landlocked glaciers in the southwest of Greenland and used data from the radar on ERS-1 from 1992 to 1998. This period included particularly warm summers in Greenland, with 1998 being one of the warmest on record.

"We used ERS-1 data and a technique called 'intensity tracking' over periods of 35 days to estimate the speed at which the glaciers were moving throughout the study," explained Prof. Shepherd.

"Our research suggests that increases in surface melting may not change the rate of flow at all. However, this doesn't mean that the ice sheet is safe from climate change because changes in ocean melting also play an important role."

The observations from ERS-1 showed that although the initial ice speed-up was similar in all years, the glacier experienced a dramatic late summer slowdown in warmer years when there was more meltwater. The research team put this down to an efficient subglacial drainage during warm melt seasons – a process that is commonly observed in Alpine glacier systems.

Although there is more to understand about the dynamics of glacier motion, these new findings will need to be taken into account when assessing how much the Greenland ice sheet may contribute to future sea-level rise.

Launched in 1991, ERS-1 was Europe's first radar satellite dedicated to environmental monitoring. The success of this first mission provided the basis for the routine remote sensing we have come to rely upon today to unravel the complexities of the way Earth works.

ERS-1 and the follow-on ERS-2 have proved very innovative missions. To exploit the outstanding science derived from ERS data even more, investigations are currently being made into the possibility of an additional ERS-2 phase dedicated to ice monitoring before the end of the mission in mid-2011.