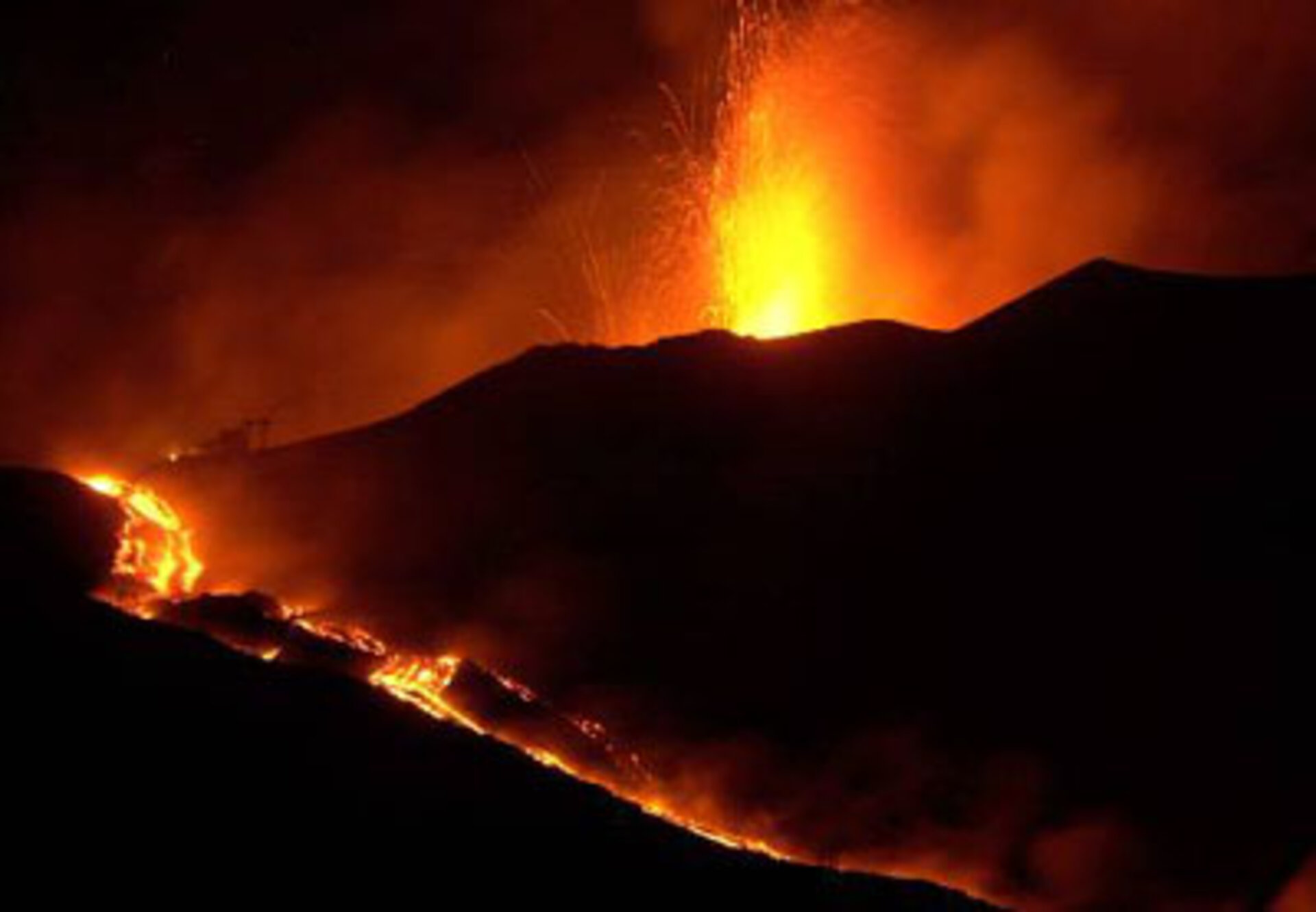 There are about 1,500 active volcanoes on the Earth's surface - the majority following along the Pacific 'Ring of Fire' – and around 50 of these erupt each year. At least 500 million people live close to an active volcano. Space-based monitoring helps identify those volcanoes presenting greatest danger, and in the aftermath maps the damage done.

In January 2002 up to half a million people had to flee their homes along the slopes of Mount Nyiragongo in eastern Congo. Scorching lava overwhelmed 14 villages and reaching the regional capital Goma. The sky was darkened by sulphurous clouds of volcanic dust and steam. At least 50 people were killed during the eruption.

As world population increases, so does the potential threat from every eruption. But there is no way ground-based monitoring can be carried out of all volcanoes across the globe. Many volcanic peaks are inaccessible or sometimes too dangerous to be approached.

But continuously-gathered satellite data can be used to assess risk, and detect the slight signs of change that may foretell an eruption. In Italy, ERS data has been used to study the ancient but extremely active Mount Etna over the course of a decade.

Radar interferometry shows sub-centimetre-scale movement of Etna's slopes as the volcano's underground magma chamber fills, and builds up pressure for a future eruption. A time-lapse animation of interferometry data shows a volcano that appears to be breathing.

The same technique is being applied to volcanoes worldwide. California Institute of Technology researchers used radar interferometry data to survey 900 volcanoes in the Central Andes. They found movement of between one and two centimetres a year on the slopes of four volcanoes previously classed as inactive, located in Bolivia, Argentina and Peru.

When an eruption begins, optical and radar instruments can image the various phenomena associated with it, including lava flows, mud slides, ground fissures and earthquakes. Atmospheric sensors can identify the gases and aerosols released by the eruption, and quantify their wider environmental impact.