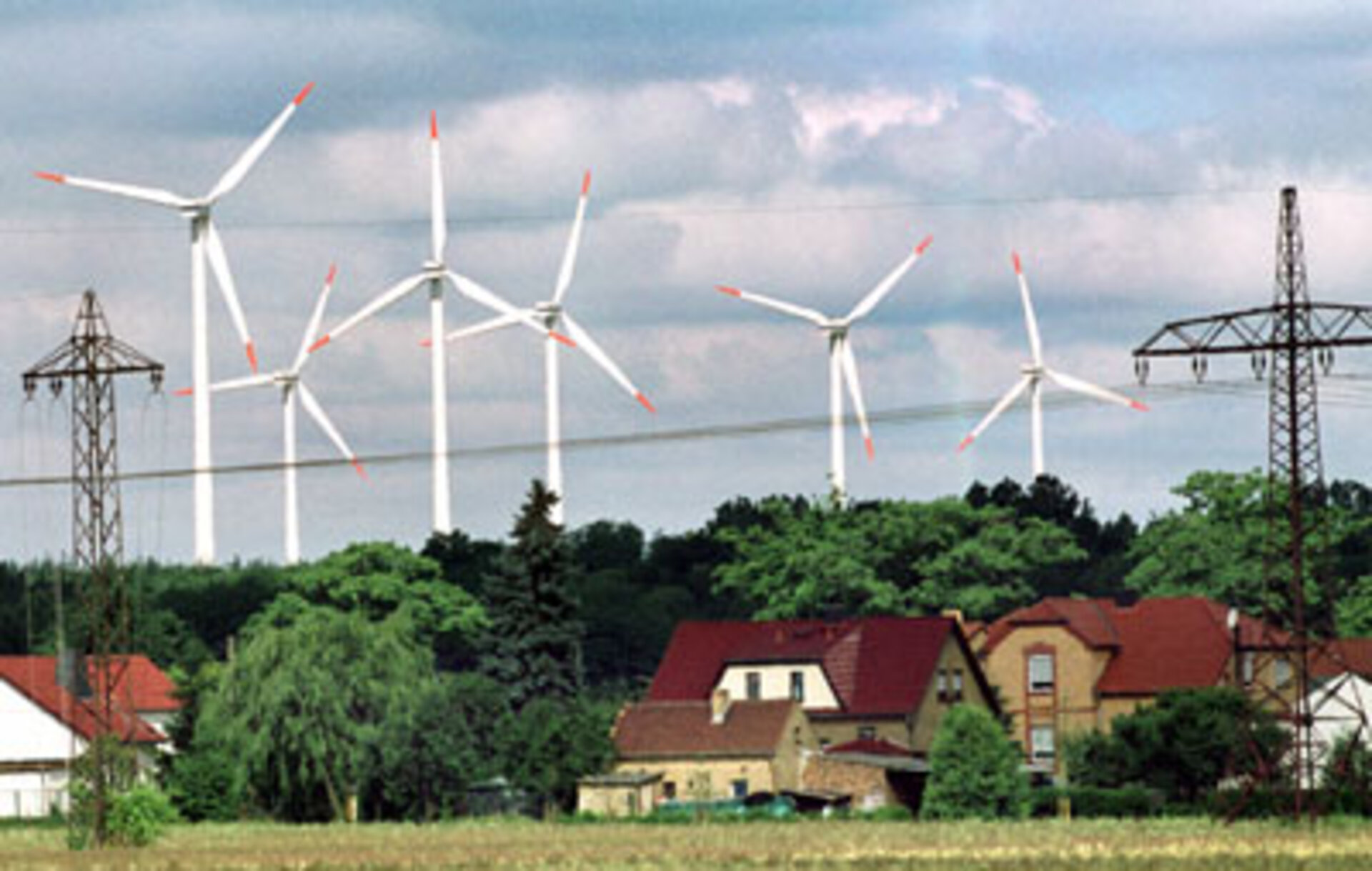 How can we more effectively harness the free and endless energy resources of the Sun, wind and water? One answer is orbiting above us.

Satellites provide us with a wide variety of data that can help with many aspects of the building and management of renewable energy plants.

ESA recently held a workshop at its Frascati-based centre in Italy, attended by representatives of the Earth Observation (EO) service industry together with renewable energy companies and utilities to explore how satellite data can be exploited in this area.

And this month the Earth Observation (EO) Market Development section of ESA announced plans to fund an international project to foster the development of EO-based services for the wind, solar and hydropower energy industries.

Europe is already the world leader in renewable energy. Denmark is flanked by some 2,300 wind turbines, supplying 15% of its electricity. Germany is on course to have 140,000 solar-panelled rooftops by 2005. More than half of Scandinavia’s energy comes from hydropower.

And as part of Kyoto-protocol efforts to curb carbon emissions, the European Commission has pledged that renewable sources will make up 22% of Europe’s energy supply by the end of this decade (up from 14% in 1997). As the importance of the renewables sector grows, the idea has arisen to use satellite data for better exploitation of its various energy sources.

And speaking at the Frascati workshop, Murray Cameron of the European Photovoltaic Industry Association (EPIA) explained how space data could also be used to help quantify the potential power expected from a given solar plant and its associated performance.

Selecting the optimal location for windfarms is very important. Christof Stork of UK-based Garrad Hassan told the Frascati workshop how satellite data on land use, surface topography and roughness could improve the accuracy of regional wind atlases currently used to site land-based windfarms.

Offshore windfarms are more productive and most future farms are likely to be built in the coastal ocean due to the saturation of land-based sites. To be viable, offshore developments have to generate at least 200 MW, and to build on such a scale costs at least €300 million.

The problem is there is hardly any offshore wind data available to industry. Furthermore, existing data record mainly extreme wind events. And to gather in-situ data from a single offshore meteorological mast can cost a million Euros a year, and provides data only for a small area.

But using satellites enables a shift from a local to a global view. The sophisticated Synthetic Aperture Radar (SAR) instruments on board ESA’s ERS-2 and Envisat can provide high-resolution 100-metre data on the wind field, and a decade-long data archive is available.

Other space-borne instruments could come into play through the cycle of wind turbine planning, construction and maintenance. Optical sensors such as Envisat’s Medium Resolution Imaging Spectrometer (MERIS) could be used to carry out environmental impact assessments. And satellite images could also be used for marine traffic management during initial construction and later repair work, as well as for daily energy production forecasting.

Currently supplying around one fifth of the world’s energy needs, hydropower is a pollution-free power source that requires only the flow of water to spin a turbine. Accurate quantification of how much water will flow from a given region at any one time is extremely useful for optimising hydroelectric power production, deciding dam levels and setting electricity prices.

In Norway for instance – where hydropower supplies almost all the country’s energy needs – around half of all winter precipitation accumulates on the ground throughout the winter as snow. By measuring snow coverage and thickness, then combining this information with meteorological data such as ground temperature, run-off can be accurately modelled and predicted.

Optical EO data is already used to monitor snow coverage, together with ground observation. The operational use of optical data remains however severely limited by the presence of clouds. But radar instruments such as those aboard ERS-2 and Envisat have the potential to greatly supplement the amount of snow data gathered, because they can see right through clouds.

Representing a first in the EO field, the Invitation to Tender issued by ESA this month is open to applications until 5 September 2003. The hope is that pilot services to the renewables sector can be developed, then grow to become self-sustaining.

“The ESA gathering was very useful in getting service providers and potential service users together,” said workshop participant Marion Schroedter-Homscheidt of the German Aerospace Centre DLR. “Now the Invitation to Tender gives both sides the opportunity to turn the ideas we discussed into reality.”