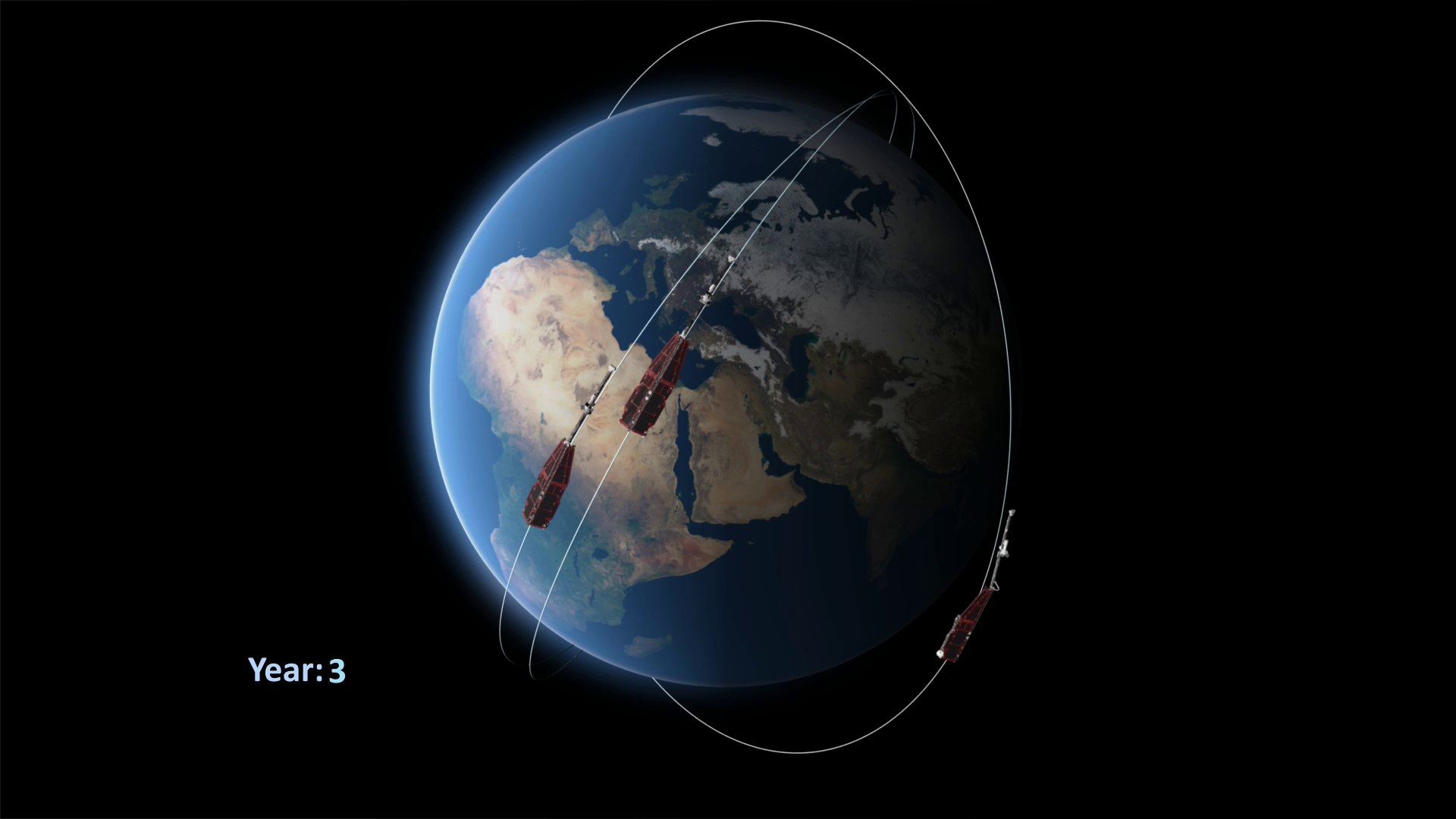 As well as the advanced technologies the satellites carry, their carefully selected orbits are essential to the success of the mission.

Launched together, the three identical Swarm satellites were released into adjacent orbits at an altitude of 490 km. Low solar activity has allowed a slightly different orbit configuration than originally planned that will save satellite fuel and the beginning of the mission and offer a better return for science later.

At the start of life in orbit, the three satellites are relatively close to each other. Two orbit almost side-by-side at the same altitude – initially at about 462 km and an inclination of 87.35°. They will orbit almost side by side, about 150 km apart as they pass over the equator. Over the life of the mission they will both descend to about 300 km.

The third satellite is placed in a higher orbit of 510 km and at a different inclination of 87.75°, slightly closer to the pole.

The satellites’ orbits drift, resulting in the upper satellite crossing the path of the lower two at an angle of 90° in the third year of operations. These drifting orbits mean that all the magnetic signals originating from Earth and those caused by the Sun are captured.

Essentially, the constellation optimises the measurements of relevant phenomena. This helps to distinguish between the effects of different sources of magnetism.

For example, global field models of the core and crust and conductivity maps of the mantle are needed to study the interior of Earth. These models can generated at a higher accuracy from a combination of selected observations from all three satellites over time.

For studies of the upper atmosphere, each satellite provides information such as ion speed, direction and temperature. Density and winds around each satellite can be derived by combining data from the different instruments.

Combining observations of the lower pair of satellites will lead to a new way of quantifying the currents that flow along geomagnetic field lines connecting the magnetosphere to the high-latitude ionosphere. It is therefore essential to have the constellation of satellites to offer new opportunities for science.

A unique combination of local and global products will allow data users to address some of today’s open scientific questions related to global change. Swarm will also benefit a broad range of applications in Earth sciences and space weather.