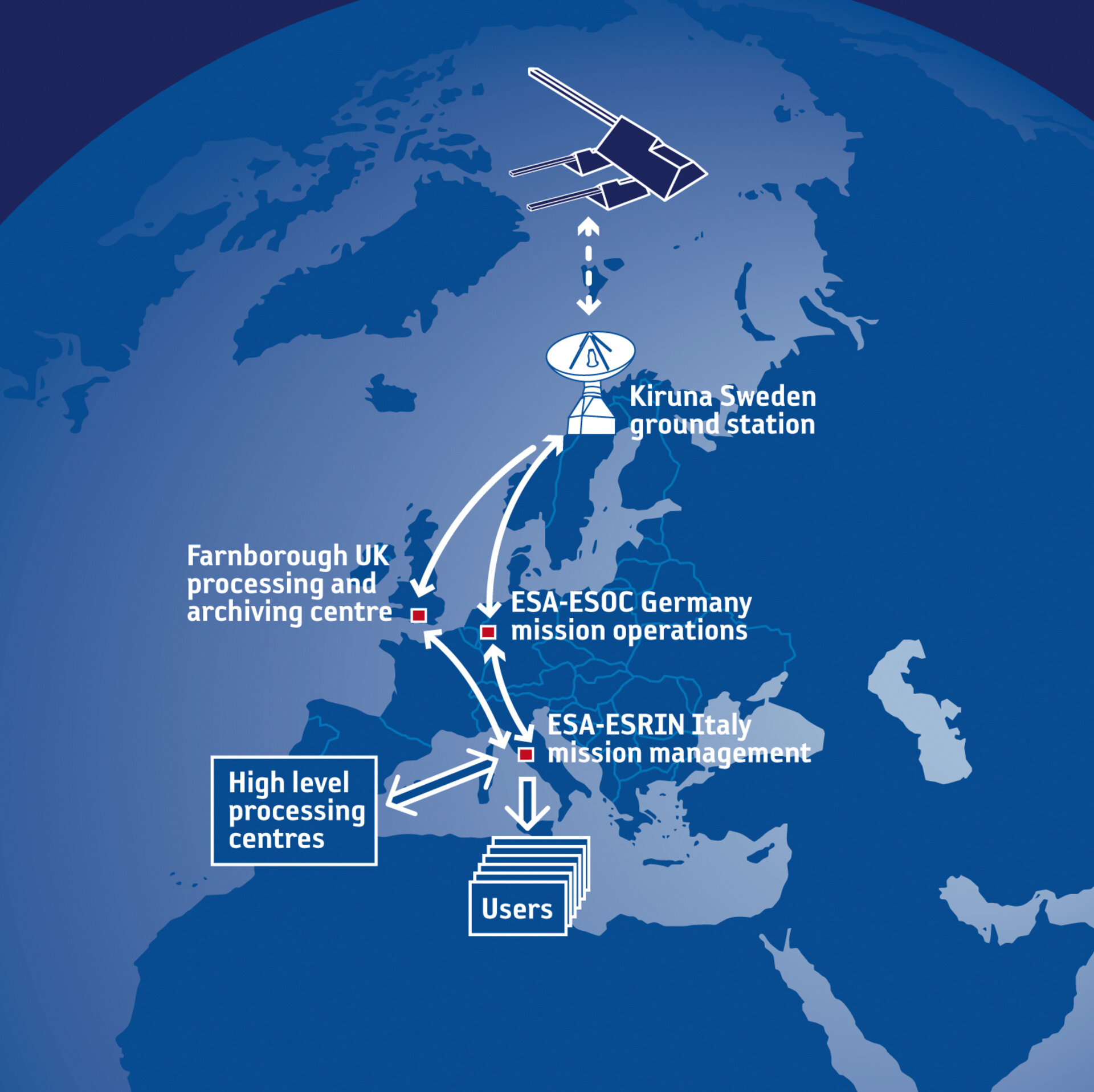 The Swarm mission is operated by ESA’s European Space Operations Centre, ESOC, in Germany, via the primary ground station in Kiruna, Sweden.

The critical launch and early orbit phase lasted about three days, during which the satellites’ booms were deployed and all the satellite units were switched on. This was followed by a three-month commissioning phase to ensure all the instruments were working correctly. To increase the number of daily contacts with the satellites during this phase, complementary ground stations in Norway, Antarctica and Australia were also used.

Kiruna remains the primary ground station, both for receiving science data and for uplinking operational commands from ESOC. Data are downlinked from each satellite once a day.

The science data are then transferred to the Payload Data Ground Segment, PDGS, in Farnborough, UK. The PDGS is responsible for data processing, data archiving and user services.