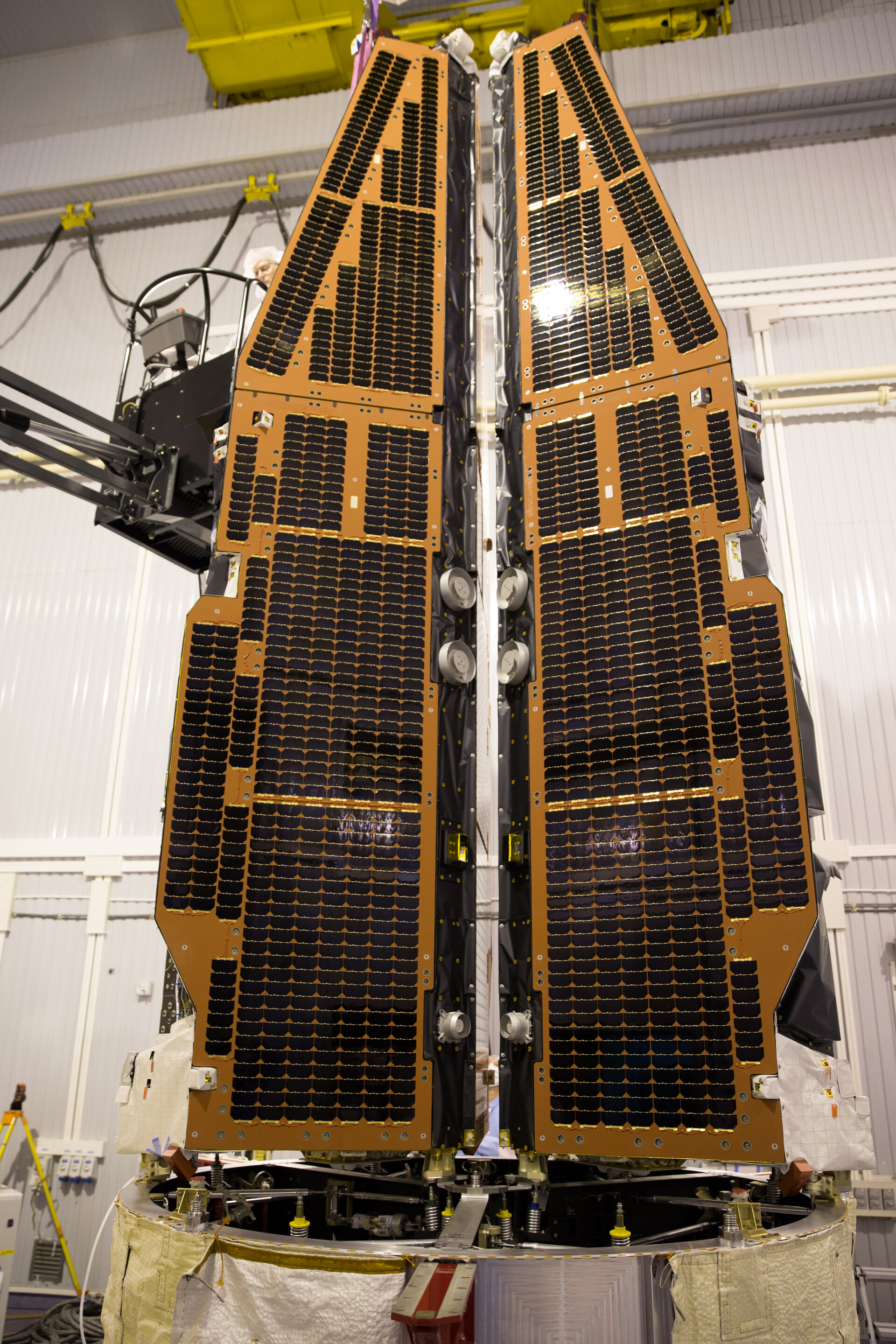 The complex task of placing all three Swarm satellites on their launch adapter is complete. This is another significant milestone in preparing ESA’s latest Earth observation mission for liftoff, which is now set for 22 November.

The Swarm constellation will measure the strength and direction of the magnetic and electric fields around Earth. The aim is to understand the individual sources of the magnetic field – each with their own characteristics in space and time.

This will provide insight into many natural processes, from those occurring deep inside the planet to weather in space caused by solar activity. In turn, this information will yield a better understanding of why the magnetic field is weakening.

The three identical satellites have been at the Plesetsk Cosmodrome in Russia since mid-September. As part of the campaign to prepare for launch, each satellite has been through a rigorous series of tests and been fuelled for their life in orbit.

Engineers and technicians at the launch facilities have spent the last week carefully placing the three satellites on the tailor-made launch adapter. This is part of the upper stage of the rocket and holds them in place within the fairing during the climb to space. Critically, it allows the three to be released simultaneously into orbit.

But it is a very tight squeeze – there are only centimetres between the satellites.

Placing the third one on the adapter was particularly challenging because it had to be manoeuvred very carefully so as not to damage the two already in position.

“Some very careful manoeuvres and dexterity were involved in positioning and bolting them onto the adapter.

“The different teams have all worked really hard reach this milestone and we now look forward to the next important step – encapsulating them in the rocket fairing.”

The satellites have a rather unusual shape: trapezoidal with a long boom that is deployed once in orbit.

Solar panels cover the satellites’ ‘roofs’. Standing back-to-back on the adapter, the assembly is now protected by antistatic foil. This closes the gaps between the satellites so that the surface of the solar panels are not contaminated by particles.

Meanwhile, the Russian military is preparing the rocket. The upper stage and fairing have been transferred to the pad and will join the booster for testing They will then be returned to the integration facility so that the satellites can be encapsulated in the fairing.