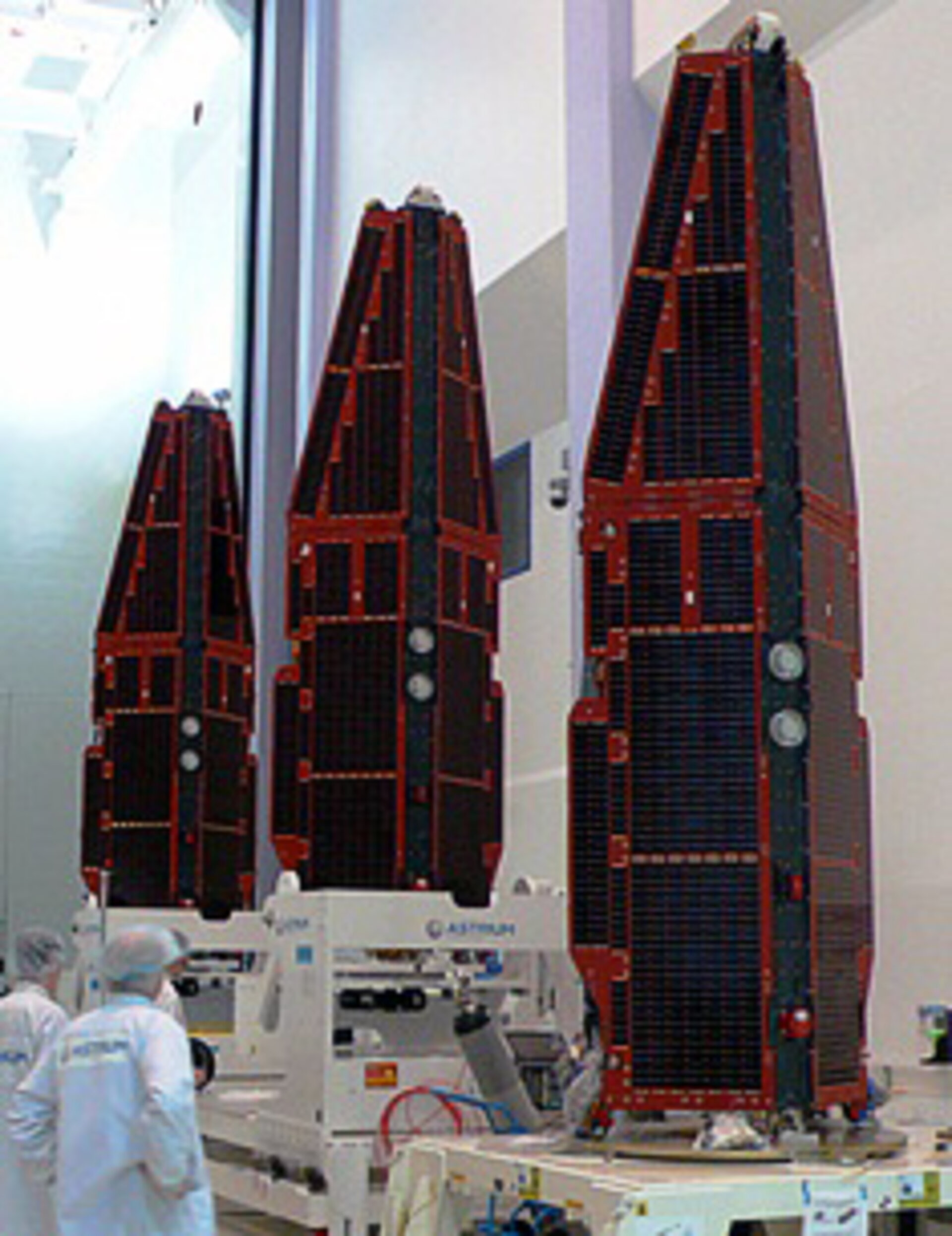 The three identical satellites have a rather unusual shape: trapezoidal with a long boom that was deployed once they were in orbit.

The satellite design is a result of overcoming a number of challenges in accommodating the instrument package, and, since they were launched together on a single rocket, they had to be compact enough to all fit into the launcher fairing.

Developed on behalf of ESA by an industrial consortium led by EADS Astrium GmbH (now Airbus Defence & Space), each satellite is about 9 m long, including the boom.

The boom, which accounts for almost half the length of the satellite, trails at the back. This is because the front surface is needed for the electric field instrument to collect and measure the speed and direction of incident ions along the orbital path.

Apart from deployment of the boom, which happened soon after injection into orbit, the satellite has no moving parts. This ensures that there are no vibrations that could influence the measurements made by the accelerometer, which is fixed at the very centre of the satellite. Likewise the solar panels are fixed, forming the satellite ‘roof’.

Magnetic cleanliness is of paramount importance to the mission, hence the sensitive scalar magnetometers are mounted at the end of the boom, far away from any magnetic disturbance the electrical units on the body may cause.

The optical bench holding the vector field magnetometer and the three startrackers is mounted halfway along the boom.

Throughout the design and manufacturing phases, magnetic cleanliness was a priority. Many tests were carried out on almost every unit and final testing of the assembled satellite took place in a special facility.