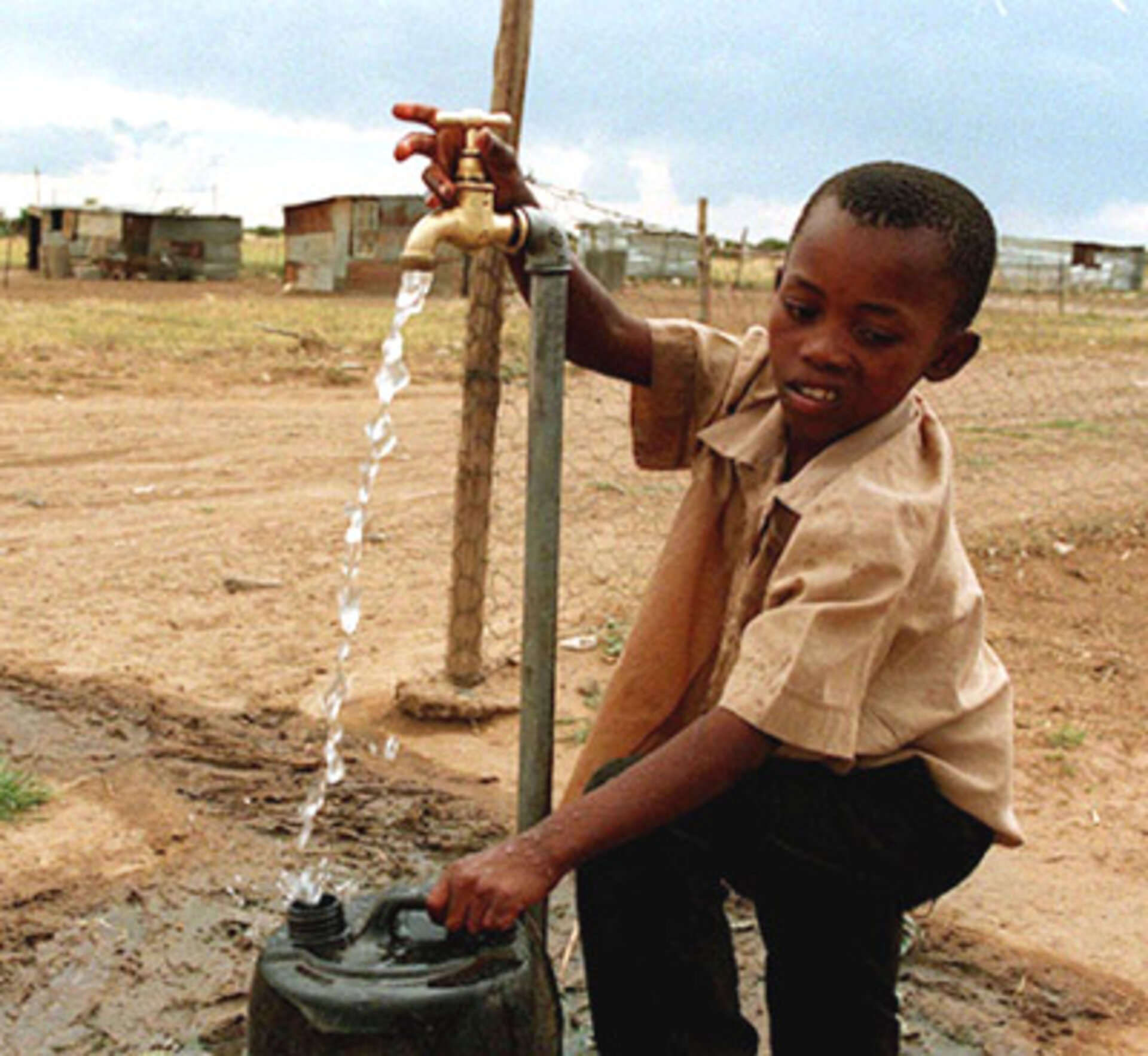 A TIGER Initiative offer to make ESA satellite data available for monitoring African water resources sparked an enthusiastic take-up by researchers across the continent and beyond it. Some 95 proposals have been received, 65 of which are accepted for discussion during next week's annual TIGER Workshop in Pretoria, South Africa.

The 8 to 10 November TIGER 2004 Workshop is being jointly organised by ESA and the United Nations Educational Scientific and Cultural Organisation (UNESCO) along with South Africa's Council for Scientific and Industrial Research and its Department of Water Affairs and Forestry (DWAF). Some 150 participants are expected to attend, a hundred from African countries representing both water users and information providers.

Since its launch last year, a number of ESA water-related Earth Observation projects have already been started. Then this summer saw the TIGER Announcement of Opportunity, making Envisat and ERS data freely available for African hydrology research.

The responses span the African continent as well as various stages of the water cycle. One proposal from Burkina Faso is to combine radar and multispectral imagery from Envisat as well as data from ERS and Japan's past JERS-1 satellites to guide well diggers to sites most likely to yield underground water. Regional deforestation will also be observed.

In Sudan one proposal is to use Earth Observation to improve the effectiveness of 'water harvesting' from wadis – shallow desert river courses – in the country's Red Sea Hills, while another team seeks to develop flood forecasting and early warning system for the Gash River, shared between Sudan, Eritrea and Ethiopia, and prone to burst its banks once every five years.

Major changes that have occurred in wetland environments in Senegal, Chad and Liberia during the last few decades are identified using satellite data in order to establish recommendations for their sustainable management. And satellite-based watershed management maps for Thukela in South Africa and Pangani in Tanzania are to be created in order to better optimise agricultural water use.

For Madagascar and the Comoros Islands, Envisat data will be used to assess damage and flooding caused by the cyclones that regularly strike these Indian Oceans islands. In South Africa one team wants to use Envisat data to plan tree plantings intended to contain the contamination of groundwater from salts and pollutants due to deep-level gold mining.

The Workshop will assess the data and training requirements of all these new proposals, as well as update user groups on the status of existing TIGER projects and bring the water resource and Earth Observation communities closer together to better match needs with capabilities.

TIGER's objective is to develop demonstrator projects into sustainable Earth Observation services for water resources management, so there will be emphasis on dialogue with potential donor organisations.

"TIGER was born out of ESA's participation in the 2002 World Summit on Sustainable Development (WSSD) in Johannesburg," explained ESA's Josef Aschbacher. "The Summit reaffirmed the importance of sustainable economic, social and environmental development. It also emphasised the role that space-based systems can play in achieving this goal.

"In November 2002 the Committee on Earth Observation Satellites (CEOS) adopted a follow-up programme to the Johannesburg Summit. It was within this context that ESA launched TIGER, as a response to the challenges set during Johannesburg. Satellites yield information for study and monitoring of the water cycle, and water is a resource crucial for all three areas of sustainable development.

"Our intention is to develop water resource services that can become self-sustaining, with the support of funding and development agencies such as the World Bank and the European Commission."

Freshwater is already a scarce commodity across much of Africa, one set to grow scarcer still. The continent's share of global freshwater is only 9% – a static resource in an ever-thirstier world. Africa is currently home to 12.9% of the global population, a figure projected by the UN Population Division to swell to 19.98% by 2050.

Availability of freshwater is important not just for drinking and sanitation but also to ensure food security – 60% of African food production comes from non-irrigated agriculture, leaving it vulnerable to climatic variations. The number of undernourished Africans actually went up during the 1990s.

Water resources are unevenly distributed across the continent, with western and central Africa enjoying much higher rainfall than Northern Africa, the Horn of Africa and southern Africa. The Democratic Republic of Congo has a quarter of all African freshwater on its territory, while arid Mauritania must manage with just 0.001%.

At least 13 African countries are currently suffering water stress or scarcity, and the United Nations Environment Programme predicts this number will double by 2025. Lack of rainfall in North Africa leaves its population dependent on finite groundwater supplies – 60% of Algerian freshwater comes from subsurface aquifers, a figure rising to 95% in neighbouring Libya.

Though lack of water is scarcely the sole African problem: not only droughts but also floods have increased in frequency and severity during the last three decades. In 2000, large floods across southern Africa killed more than 1,000 people and left people homeless.

The Intergovernmental Panel on Climate Change claims that Africa is the single land area most vulnerable to climate change, with the greatest warming projected over the southern margins of the Sahara and central Southern Africa – and extreme weather events will become more common even as overall water resources decrease.

Water is also a health issue for African citizens. More than half the population has inadequate access to clean water, and water-related diseases take a heavy toll. To take one example, about 85.7% of global annual malaria deaths occur in sub-Saharan Africa, mainly of children under five years old.

TIGER: the projects so far

Globwetland provides satellite data on 15 African wetland sites – which are important for protecting biodiversity, moderating flooding and maintaining water purity - with ten different African governments among the project users. The products provided include land cover and land use change maps on the scale of individual wetland sites and drainage basins, in support of reporting obligations for the international Ramsar Convention on Wetlands.

Finally the Aquifer project generates products and services related to the management of groundwater-storing subsurface aquifers, a crucial source of fresh water in North Africa. These include land-use cover and land use change charts, digital terrain maps, soil moisture mapping and subsidence monitoring, so new aquifers can be identified, and existing aquifers exploited in a sustainable manner. Users include the governments of Algeria, Libya, Mali, Niger, Nigeria and Tunisia.