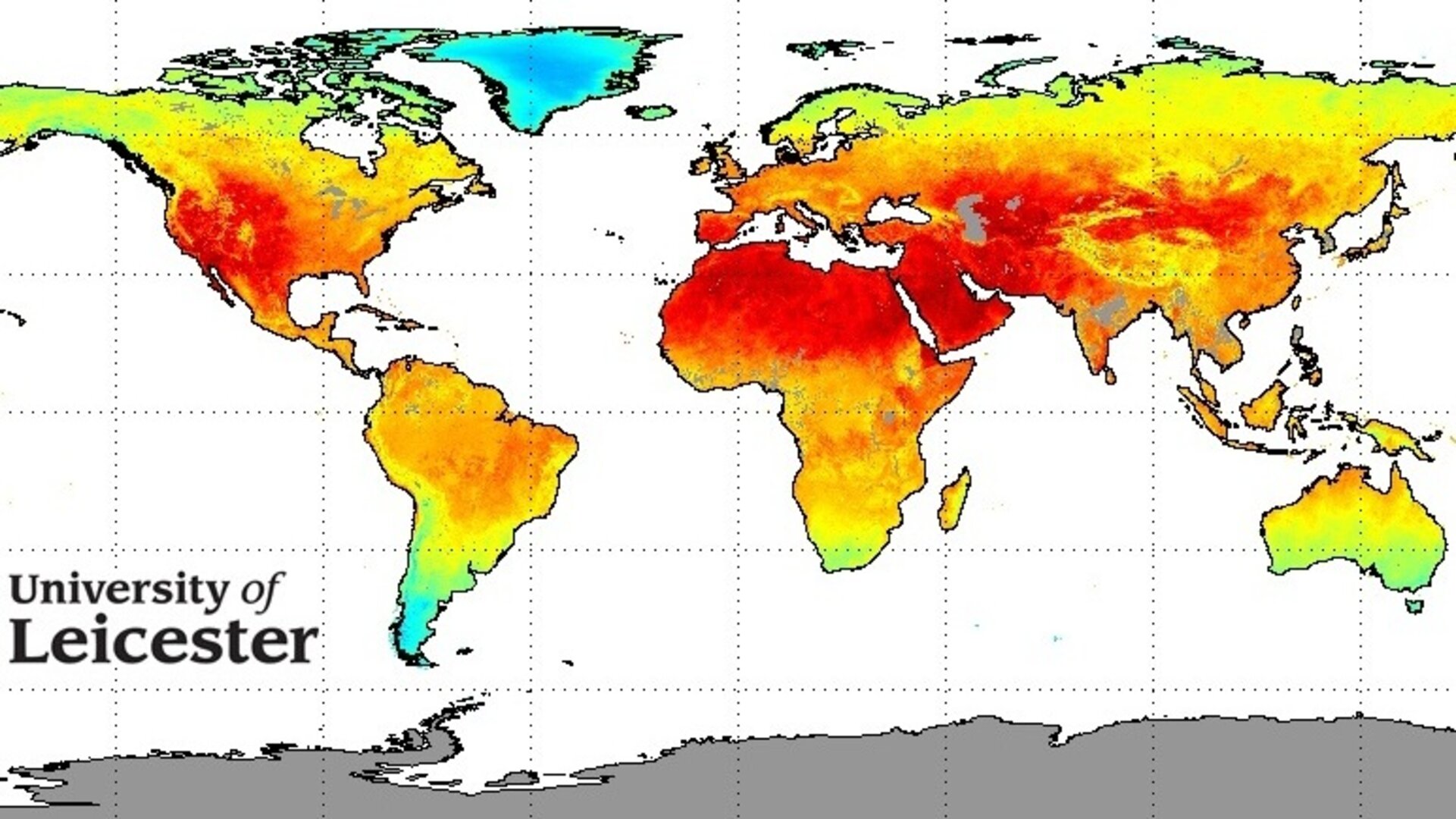 Like thermometers in the sky, satellite instruments can measure the temperatures of Earth’s surfaces. ESA’s new GlobTemperature project is merging these data from a variety of spaceborne sensors to provide scientists with a one-stop shop for land, lake and ice temperature data.

Long-term trends in surface temperature can also be an indicator of climate change.

Meteorologists and climate scientists rely heavily on air temperature measurements made using thermometers installed at ground-based weather stations despite the availability of satellite-derived measurements. This is mainly due to the complexity of the data from different satellite instruments, utilising both infrared and microwave data, and the variety of formats in which the data are made available.

It is also difficult to convert the satellite measurements of the temperature of the solid land surface to the commonly used air temperature. An example of this is the difference in temperature between hot tarmac and cooler grass on a summer’s day even at the same air temperature.

In addition, satellite data suffer from gaps due to cloud cover or provide limited sampling of the day/night temperature cycle.

GlobTemperature will merge surface temperature data from a variety of satellites into a common format which will be made available in a single online archive.

The data will come from instruments including SEVIRI on Europe’s MSG mission, AVHRR and IASI on MetOp, as well as American and Japanese instruments and from the upcoming Sentinel-3 mission. Archived data from the (A)ATSR instruments flown on the ERS and Envisat missions will also be included.

The new, global datasets developed under GlobTemperature will provide a more complete representation of day and night temperatures, including estimates of clear-sky versus cloudy sky biases.

To promote uptake of these datasets, five case studies are being undertaken in different application domains to demonstrate the benefits that satellite measurements can bring.

“The temperature of land surfaces is a key parameter controlling the surface heat fluxes, and its accurate estimation from satellites will contribute to improving the evapotranspiration estimates at global scale,” said Carlos Jimenez from the French company Estellus.

Evapotranspiration models are used to monitor drought conditions and predict agricultural yields, and are particularly important in developing countries where in-situ observations are virtually non-existent.

Scientists at the Met Office Hadley Centre in the UK currently use air temperature data from meteorological stations to monitor land surface temperatures and quantify climate change.  Although there are thousands of stations, some regions of the globe are unobserved or the spatial density of the stations is too low to be able to get an accurate estimate of the land temperature.

Lizzie Good from the Hadley Centre said, “The GlobTemperature project will provide some exciting new datasets. Eventually we hope that data of this kind can be used routinely to enhance our existing land air temperature datasets that we use for climate monitoring.

“We will use the GlobTemperature data to investigate the relationship between near-surface air temperature and the surface skin temperature observed by satellites, which can differ by several degrees. This is an important step towards being able to use the two datasets synergistically.”

The GlobTemperature datasets will also be used to improve models of Arctic sea-ice.

“The lack of observations in the Arctic Ocean makes the ocean-sea ice modelling very challenging, but including the ice-surface temperature observations will now allow us to better constrain the temperature at the interface between the sea ice and the atmosphere and thus increase the model performance,” said Jacob Hoyer from the Danish Meteorological Institute.

The GlobTemperature project will run for the next three years, with the next open user consultation planned to be held at the Karlsruhe Institute of Technology on 25–26 June.