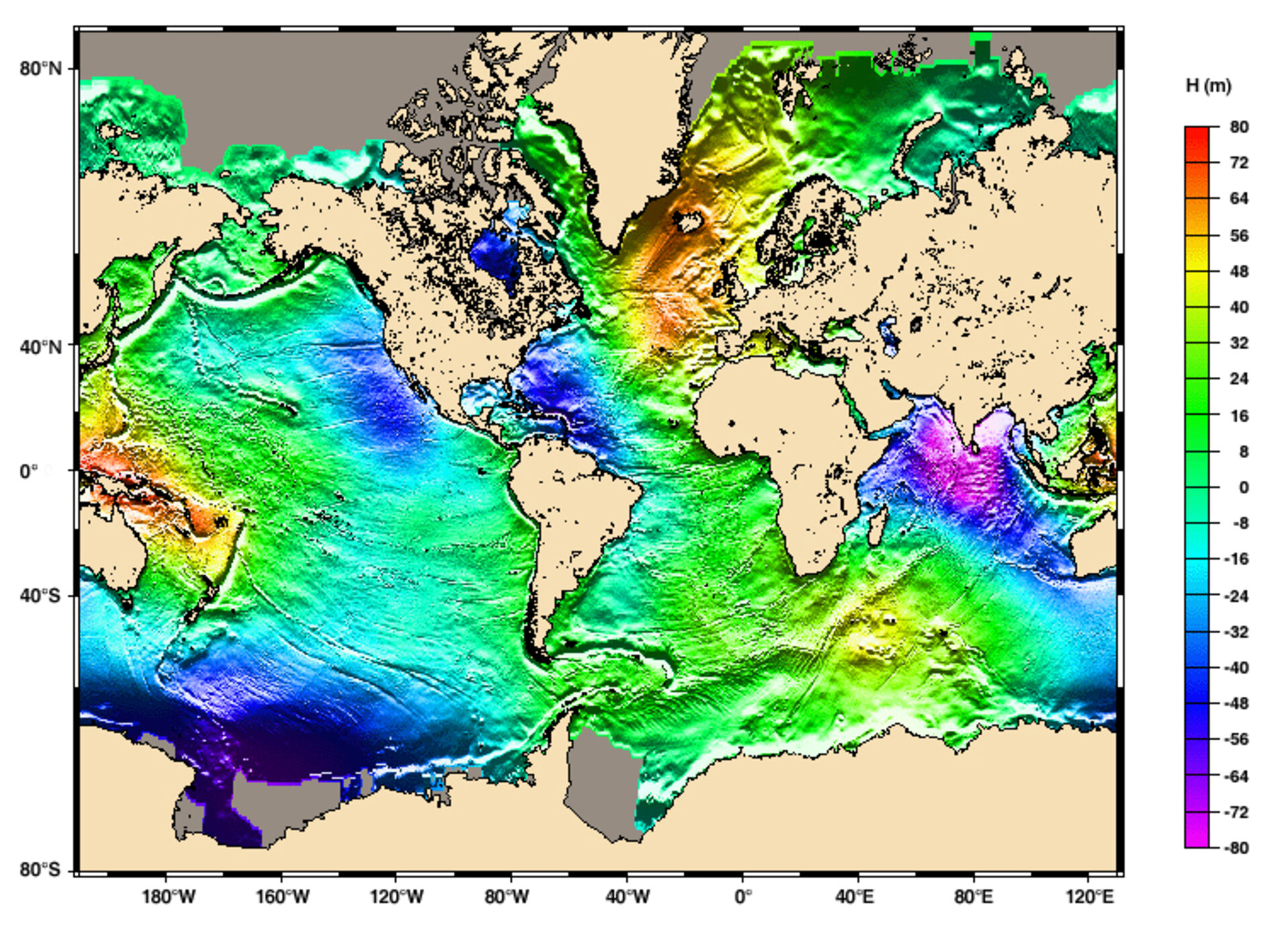 The measurement of sea level is a topic of special significance for Venice. Appropriately, next spring the Italian lagoon city hosts a major scientific symposium on a class of space-borne sensor that precisely records the height of the global sea surface along with that of freshwater bodies, land surfaces and the icy cryosphere.

Sponsored by ESA and the French Space Agency CNES, the 15 Years of Progress in Radar Altimetry Symposium is being held in Venice Lido from 13 to 18 March 2006. Scientists with an interest in radar altimetry are invited to attend.

The event takes place in the 15th year since the launch of ESA's whose payload included the Radar Altimeter (RA). Follow-up instruments aboard ERS-2 and Envisat mean that ESA has a continuous dataset of radar altimetry measurements throughout that time.

From its 800-km-high polar orbit, Envisat's Radar Altimeter-2 (RA-2) sends 1800 separate radar pulses down to Earth per second then records how long their echoes take to bounce back. The sensor times its pulses' journey down to under a nanosecond to calculate the distance to the planet below to a maximum accuracy of two centimetres.

Measuring the ever-shifting sea surface in this way is valuable to science. Warm ocean currents can cause sea surface height to rise up to a metre above the surrounding waters, so radar altimetry is a means of mapping the circulation of Earth's ocean currents, as well as following El Niño events as they develop. Average wave height and wind speed can also be derived.

Radar altimetry also allows researchers to peer indirectly beneath the waves: undersea bathymetry features are revealed by persistent, slight deviations from the marine geoid - the theoretical smooth sea surface attracted by a uniform planetary gravity field - as are minor variations in the Earth's gravity.

For the Cryosphere – those regions of the Earth where water freezes – radar altimetry has been successful in measuring the mass balance of Greenland and Antarctic ice sheets, and providing initial global monitoring results for sea ice thickness.

Radar altimeters were first flown in space back in the 1970s, aboard NASA's Skylab and Seasat. Initially these sensors were dedicated to the study of oceans, but as the technology improved so did their reach.

Other space agencies have their own radar altimeters in orbit – the joint CNES and NASA mission TOPEX-Poseidon launched a year after ERS-1, with follow-up mission Jason-1 flown in 2001. Also currently in operation is the GFO mission, the US Navy's Geosat Follow-On Mission, which is a sequel to the previous Geosat mission (1985-1989).

This makes a number of operational services possible, including a French system called Mercator Ocean that provides analysis and forecasts of ocean circulation around Europe for up to a fortnight ahead. An important science result is solid evidence of a steady sea level rise averaging 0.3 millimetres a year.

The Symposium will include discussion of all these radar altimetry fields, as well as discussions of unexpected applications, how altimetry can be used in synergy with other satellite and in-situ data and models, and what the future holds.

Along with this Symposium, three related events are scheduled to take place in Venice the same week: the annual meeting of the Ocean Surface Topography Science Team (OSTST – particularly concerned with GFO, TOPEX- Poseidon and Jason-1), the International DORIS Service (IDS) Workshop and the Argo Workshop.

DORIS derives it to an accuracy of a few centimetres by detecting and measuring the Doppler shift on signals broadcast from a network of more than 50 radio beacons spread across the world. DORIS receivers are aboard many satellites including Envisat and CryoSat.

Argo is the name for an array of more than 2000 profiling floats which provide temperatures and salinity profiles for various depths across the global ocean. Argo results are scientifically valuable in their own right but can also be combined with altimetry data for enhanced environmental and climate knowledge.