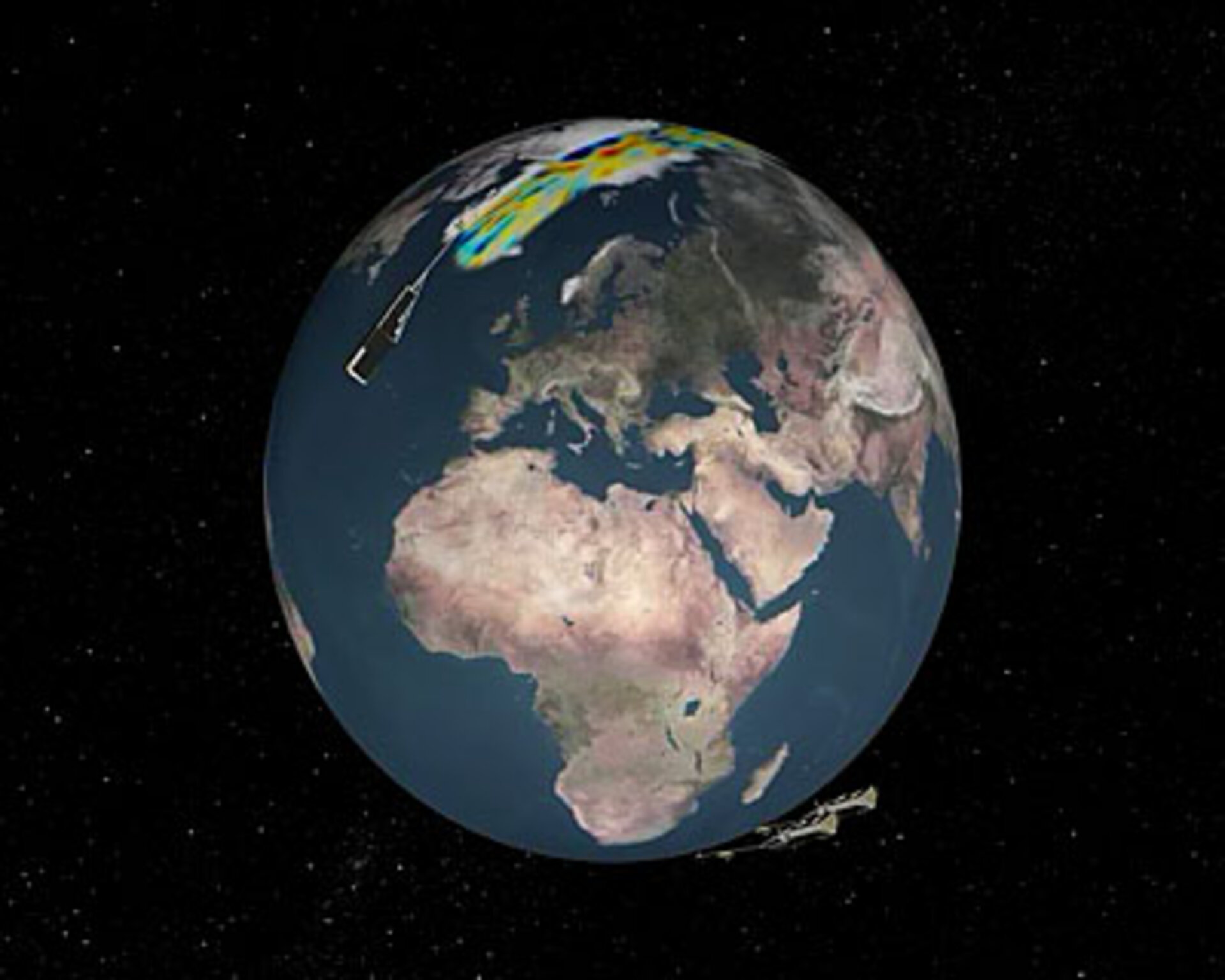 Understanding more about the Earth's magnetic field has just come one step closer now that the preliminary design and definition phase of ESA's Swarm mission is complete. In accordance with this important milestone, the project celebrates moving off the 'drawing board' and prepares for the construction of the Swarm satellite constellation.

With launch anticipated in October 2010, the construction phase, known as Phase C/D, commences with the finalisation of the design concept and building of structural and functional models of the satellites, which all leads to the manufacture of the three Swarm satellites.

Yvon Menard, ESA's Swarm Project Manager, commented that, "It was a real pleasure to follow industry through the definition phase of the Swarm mission. Although there were difficult challenges to overcome with the design so that we achieve a level of performance never before attained by a magnetic mission, the results from industry have been outstanding and clearly pave the way for the construction of the three satellites and their instruments".

The prime contractor for the three Swarm satellites is EADS-Astrium GmbH. The electrical design procurement of instruments, integration and testing of the satellites will be carried out by EADS-Astrium GmbH in Friedrichshafen, Germany while work on the propulsion system and structure will be carried out mostly in Stevenage, UK by EADS-Astrium Ltd. The Canadian Space Agency (CSA) is supporting part of the development of the Electrical Field Instrument (EFI) and French Space Agency CNES is providing, in kind, the Absolute Scaler Magnetometer (ASM).

Albert Zaglauer Project Manager from EADS-Astrium GmbH said that," Designing, building and launching three satellites in one go is a challenge, which requires all parties involved to work as one team."

Swarm is made up of a constellation of three satellites; two of which will orbit the Earth side-by-side slightly below the injection orbit of 490 km, with the third satellite in another orbital plane at the higher altitude of 530 km. The three satellites are identical in size and shape, each measuring about 9.25 metres in length and all carry the same instrument package.

A deployable arm makes up more than half of the length of the satellite and about half way along carries one of the main instruments – the so-called Vector Field Magnetometer. The Star Trackers are also positioned nearby and are rigidly connected to the vector instrument through the optical bench. To ensure the accuracy of the measurements, an Absolute Scaler Magnetometer is housed at the very tip of the arm. Apart from the long arm, which is deployed once in orbit, the satellite has no other moving parts. The solar panels are rigidly fixed to the satellite body forming a 'roof'. An accelerometer and an electrical field instrument along with GPS antennae are housed in the main body of the satellite.

High-precision and high-resolution measurements of the strength, direction and variations of the Earth's magnetic field, complemented by precise navigation, accelerometer and electric field measurements, will provide valuable data, which is essential for modelling the geomagnetic field. The results will offer new insights into the Earth system by improving our understanding of the dynamics of the Earth's core, the composition of the mantle and structure of the crust. Swarm will also enable analysis of the Sun's influence on the Earth. In addition, it is envisaged that Swarm will have practical benefits including better forecasting of radiation hazards in space.

Roger Haagmans, ESA's Swarm Mission Scientist, explained that, "In parallel with this important industrial milestone, mission activities from a science perspective show an increasing potential for using the results from Swarm to 'look' inside the Earth and for analysing the interplay between solar wind and our close magnetic environment in the context of global change."